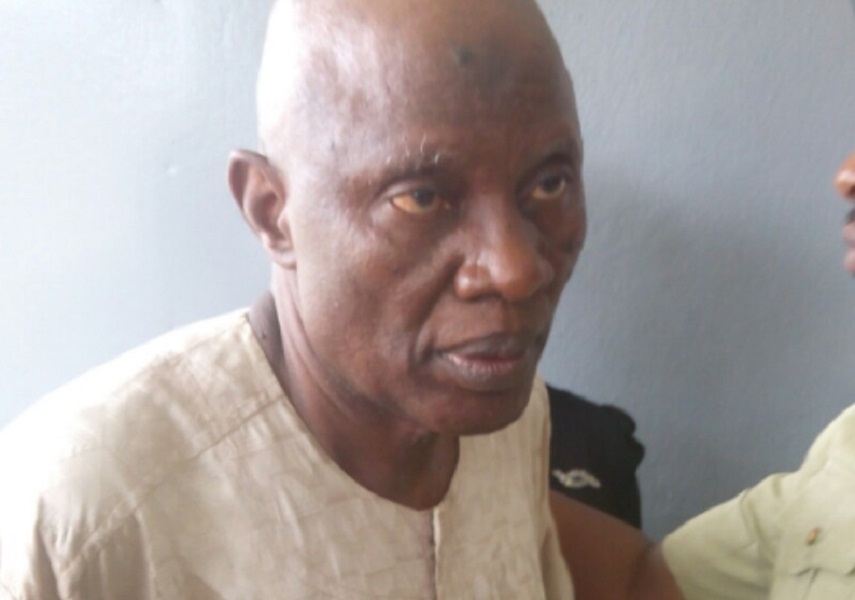 A staff of the Independent National Electoral Commission, INEC, Christian Nwosu has pleaded guilty to receiving N30million as bribe from the N23billion alleged Diezani bribe meant to compromise electoral officers before  the 2015 general election. Nwosu was among three INEC officials that were  today docked by the Economic and Financial Crimes Commission,  EFCC, before Justice M. B. Idris of the Federal High Court sitting in Ikoyi,  Lagos on a 7-count charge bordering on receiving gratification to the tune of N264,880,000.00 (Two Hundred and Sixty-four Million, Eight Hundred and Eighty Thousand Naira).

Nwosu and the other accused persons-Yisa Olanrewaju Adedoyin  and Tijani  Bashir had,  on March 27, 2015, allegedly received bribes from a former Minister of Petroleum Resources,  Diezani Allison-Madueke,  ahead of the 2015 general election.

Count one of the charges reads: “That you, Mrs.  Diezani  Allison – Madueke (still at large),  Christian Nwosu,  Yisa Olanrewaju Adedoyin and Tijani  Bashir  on or about the 27th day of March,  2015 in Nigeria within the jurisdiction of this Honourable Court conspired among yourselves to directly take possession of N264,880,000(Two Hundred and Sixty-four Million,  Eight Hundred and Eighty Thousand Naira)  which sum you reasonably ought to have known forms part of the proceeds of an unlawful act to wit: gratification and you thereby committed an offence contrary to Section 18(a) of the Money Laundering (Prohibition)  (Amendment) Act,  2002 and punishable under Section 15(3) of the same Act.”

Another count reads: “That you,  Christian Nwosu  on or about the 27 day of March,  2015 in Nigeria within the jurisdiction of this Honourable Court directly used the sum of N30,000,000  which sum you reasonably ought to have known forms part of the proceeds of an unlawful act to wit: gratification and you hereby committed an offence contrary to Section 15(2)(a) of the money laundering (Prohibition) (Amendment)  Act 2012 and punishable under Section 15(3) of the same Act.”

Both the second and third defendants, Adedoyin and Bashir, pleaded not guilty to the charges..

However, the first defendant, Nwosu, pleaded guilty to the charge preferred against him.

Counsel to the first defendant, Adaku Ngbangba, pleaded with the court to grant her client bail on self-recognizance, adding that “he is a first-time offender. He has put in over 20 years in service. Given his honestly, I urge you, my Lord, to grant him bail on liberal terms.’’

Counsels to the second defendant, Ngbangba, as well as counsel to the third defendant, Nelson Imoh, also pleaded with the court to grant their clients bail on self-recognizance.

In his address, the prosecution counsel, Rotimi Oyedepo,  told the court that the first defendant had entered a plea bargain agreement with the Commission.

He said: “We received the sum of $115 million kept in the custody of Fidelity Bank Plc, which was subsequently converted to N23bn.

“Of this amount of money, it was alleged that the first defendant received a cash payment of N30, 000,000. 00  as Director and Administrative Secretary, INEC, Kwara State.

“The first defendant went to Fidelity Bank and signed for N264, 880,000. This was left in the bank in the custody of the third defendant who carried it in a Hilux bus and was making cash payment/withdrawals without going through any financial institutions.

“In the course of making the cash payments, the third defendant paid the first defendant the total sum of N30, 000,000.00 cash.”

Oyedepo further told the court that the first defendant was invited to the Commission’s office, where he made his statement under words of caution.

He stated that the receipt of payment of the money signed for by the first defendant was also retrieved by the Commission.

Both the statement and the receipt were tendered and admitted as exhibits A-A6 by the court.

Oyedepo also told the court that the first defendant had admitted essentially to the ingredients of the alleged offence in his statement to the Commission on December 12, 2016.

The first defendant in his statement, according to Oyedepo, admitted to have benefitted N30, 000,000. 00.

Oyedepo, in his address, also stated that “the first defendant also gave account of the properties he used the money to acquire.

“He brought the title documents to the EFCC office.

“Having demonstrated remorse and given useful information to aid the prosecution of the case, he has entered into an agreement to forfeit the properties to the Federal Government. The properties are listed in the paragraphs 1 and 2 of the plea bargain agreement.

“The EFCC has recovered the N5m left from the first defendant, having spent N25m to acquire properties.”

He also urged the court to convict the first defendant in line with the count seven of the charges and adopt the term contained in the plea bargain agreement.

He, however, deferred the sentencing of the first defendant to May 7, 2017.

The first defendant was ordered to be remanded in the EFCC custody till the next adjourned date.

Justice Idris admitted both t the second and third defendants to bail in the sum of N50 million, with two sureties in like sum.

The sureties must have landed properties within the jurisdiction of the court.

The second and third accused persons must submit their international passport to the court.

They were ordered to be remanded in prison custody till the perfection of their bail conditions.

The case was adjourned to May 7, 2017 for continuation of trial.