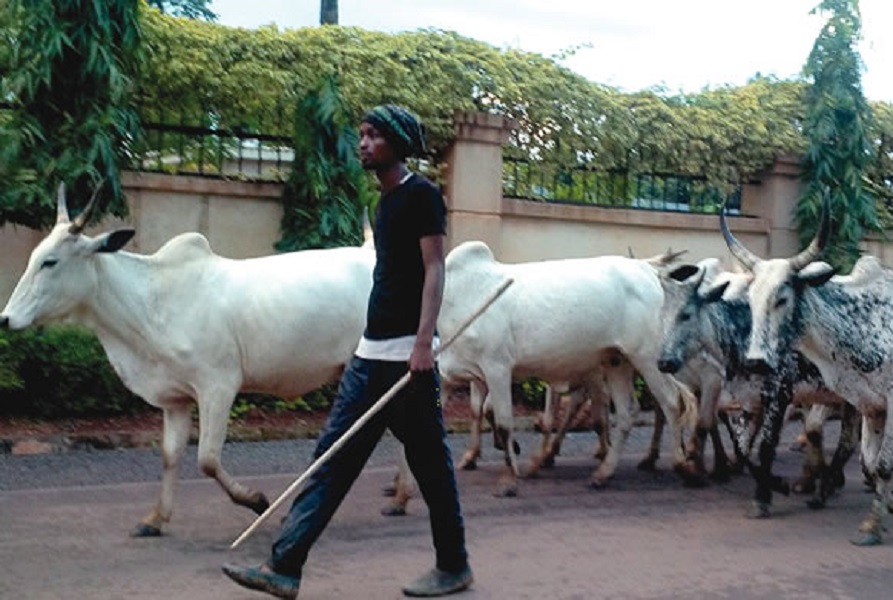 A Pro-Jonathan group under the  aegis of “GoodluckNigeria” has thrown its weight behind the alleged plan by the former President, Goodluck Jonathan and his wife, Patience, to rid the Niger Delta of Fulani herdsmen in the region.
The group in a statement signed by its President, Joseph Spiff Wilcox and made available to journalists in Port Harcourt on Monday, said that the move was a commendable one.
The organisation called on all Ijaw sons and daughters to join in chasing all Fulani herdsmen out of the Niger Delta, noting that it was in the best interest of the Ijaw people.
However, it was learnt that following the threats, a number of Fulani herdsmen are already fleeing the Niger Delta for fear of their lives and the lives of their cattle.
“Very soon, we will lead a massive protest across Niger Delta to sensitize our people on the need to resist the movement of all herdsmen in Ijaw land.
“What happened in Agatu must not be allowed to happen in any Niger Delta community. The senseless killing of 75 people in Delta State by Fulani herdsmen must not go unpunished. That’s why we support the move by the former President and his wife to protect our land”.
The Niger Delta group, which was instrumental to the Goodluck Jonathan campaign in 2015, said the resolve of the former Nigerian leader and his wife must be executed to the letter.
“ We align with the thinking of our leader, former President Jonathan and the former first lady to ensure that every part of our region is ridden of all traces of these archaic people whose stock in trade is the killing of our people from the south.
“We also call on all our people to key into this new movement of making sure that Fulani people and their cows do not continue to plunder our land, while we fold our hands and watch helplessly”, the group said.
The group vowed to use anything within its reach to achieve its aim, stressing that Jonathan and his wife deserve the praise of every well-meaning Niger Delta person, who is interested in the growth and security of the region.