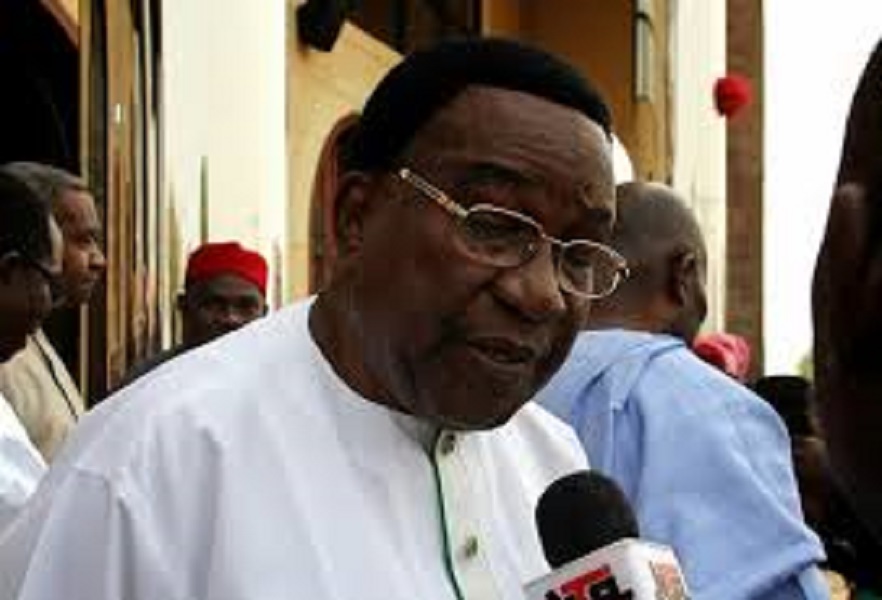 It was the late Revolutionary Comrade, Marxist Economist and Radical

State) University Uturu during the declining days of the former USSR

that, “if Joseph Stalin made a mistake by introducing communism,

Mikhail Gorbachev was equally negative for dismantling it.”

Similarly, if at all the South-East geopolitical region made a mistake

casting their votes in one direction as the wise saying goes, putting

ones eggs in one basket; the current position of South East APC

leaders in addressing the so-called mistake is negative because their

not in tandem with current political realities as canvassed

Abinito, I must sound this note of warning that APC South – East

leaders should stop blaming and ridiculing the region for not giving

Buhari bloc or massive votes. The appropriate time to blame the region

leader, it becomes timely and justified to appropriate blames on the

success team. However, if Buhari fails at the end of his four year

tenure, the South East will be exonerated, vindicated and exculpated

South-East for not voting for Buhari en-bloc. The performance of

If at all there will be any blame on the South-East at this point,

use their sensitive and resource allocation positions during the 16

year PDP tenure to appropriate gigantic projects for the region. We

sabotaging themselves in the upper chambers and who produced five

their people while the North Central Zone produced only one Senate

President in 8 years. We should blame such leaders like Anyim Pius

have much to show to his people for all these lucrative positions. We

should equally blame the South-East leaders who hid under the

camouflage of the region to enrich their personal pockets at the

expense of their people.

to apportion blame on the South – East. After all, what is wrong with

opposition status? The South – East had been in the main stream

politics for 16 years but could not utilize the opportunity well.

Buhari emerged from excruciating opposition to main position and the

same status was applicable to the South – West. At no point did they

ridicule themselves because they were in opposition. Opposition is a

period of deep reflection for wise political strategies and

re-alignment of political forces. It is not a period of committing

Presidency in 2023. The forum pronounced the former Senate President

and new entrant to the party, Ken Nnamani as the Apex leader of the

their way to the party. Those who attended the meeting had barely

reached their various homes when the outcomes of the meeting started

Not only that the South-East Governors distanced themselves from APC,

their dirty linens in the public. The Ebonyi State chapter of the

labored for the party right from day one as the Apex leader. The

In comparison, it was the strategic politics played by the South-West

1993; the South West almost let hell loose in the country. They were

demanding for the redress of that injustice.

vociferously fought for the realization despite dissenting voice from

their people like Obasanjo. The North got back power in 2015 with

strategies and tactics. The G7 made up of mainly Northern Governors

former President Goodluck Jonathan and then ruling PDP after forming

the mega party – APC. They were indirect threats of violence should

Nigeria fail to return power to the North in 2015.

I argue that South – East APC leaders’ position is beggarly because

was obtainable in South – West and the North before they got power.

You do not beg for power but you struggle and negotiate for it. They

ignored the marginalization and humiliation of Ndigbo by the present

administration as if Igobs are no longer Nigerians. They tied the

political destiny of a strong Nation like Igbo to the personal

ambition of an individual who we are not sure easily forgives others.

political gladiators are giving credence to the South East.

They should have strongly negotiated for 2019 first before finally

settling with 2023. The North negotiated for 2011 before they got

without having anybody in mind for any response. Their position should

National Chairman who will study the matter and thereafter respond.

They should have bargained with Biafran struggle. Give us power and we

shall pacify the Biafran agitators. It is self-centered championed by

leaders position is myopic because it lacked wide consultation and

tilted towards one direction otherwise Ogbonnaya Onu or Rochas

Okorocha should have  been named as the South East APC apex leader.

such status. Justice demands that too. Chief Emmanuel Iwuanyanwu and

the South-East Governors who recently distanced themselves from APC

were not consulted before dropping their names as possible or

potential members of the party. The wider spectrum of Ibo political

stakeholders both in Nigeria and abroad were not consulted before the

Owerri meeting otherwise its outcomes would not have been challenged

as such. It was supposed to be an Igbo affair and not only APC affair.

Their position is also ridiculous because the outcome of the meeting

is a subject of public odium and abuses. It was a hasty decision

because it rejected former President Obasanjo’s call for Presidency to

go the South-East in 2019 for equity, justice, fairplay and sense of

belonging. They should have trusted Obasanjo because the man had done

it before for the South-South by promoting former President Goodluck

Jonathan’s Presidency. Even if they did not adopt Obasanjo’s position,

negotiation. As an associate Northerner, I felt the feelings of most

Northerners agreeing with Obasanjo’s position at least for the unity

of Nigeria but the hasty Owerri meeting has scattered everything. Many

South-Easterners felt betrayed that the meeting threw away Obasanjo’s

position. The ideological content of the meeting is not clear. The

meeting obviously did not mention Biafra and restructuring and could

not produce a sound roadmap for the Ibo Presidency. Put differently,

the meeting is suffering from a State of political syncretism or

popular decisions that can stand the test of time. Among others, their

position was not in line with current realities. They should have used

Biafran struggle as a tool for negotiation assuring political

stakeholders that if South – East was fully integrated in mainstream

politics; they could use that to pacify the agitators. They should

have urged the federal Government to stop killing armless, harmless

and peaceful Biafran demonstrators. With the current hatred against

the Igbos in the Nigeria project; Biafran identity which is a peaceful

project not necessarily for secession is a strong political and

negotiating tool for the region after all the Southwest unleashed

series of threats of making this country ungovernable before the North

As it is now, the APC South – East leaders meeting is a failure. As a

saving grace, the John Nwodo led Ohaneze should establish a

consultation committee which will consult locally, nationally and

internationally on the political destiny of the South – East people.

writes from Abuja via:  innoebirim@gmail.com