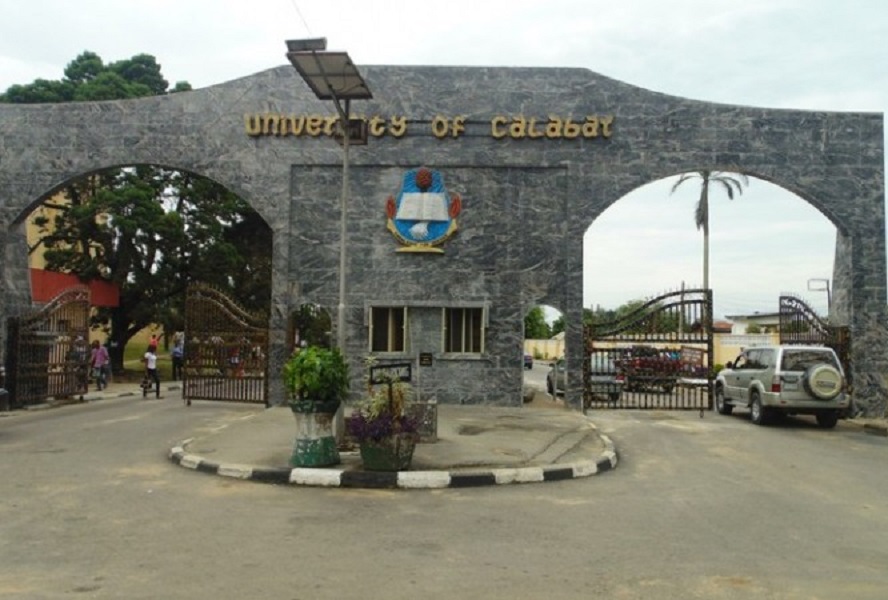 For most Nigerians, President Muhammadu Buhari’s (PMB) mantra of “change” in attitudes and behavioral dispositions in private homes, offices and elsewhere is a mere slogan and more like a sound of distant echoes. Those who benefit immensely from the old, corrupt order of handling official business in Nigeria are most stoutly opposed to this #ChangeBeginsWithMe.

Professor Zana Akpagu the Vice Chancellor (VC) of University of Calabar (UniCal) seemed caught up in this web of oddities in his dogged attempts to run the institution transparently for positive results. Since his assumption to office last year, his desire to instill financial discipline, transparency and accountability in the administration of the varsity instantly and expectedly pitched him against the university Bursar, Mr. Peter Agi.

It is clear that Agi who had operated as a bursar in the university for years was  perceptively  too glued to the old “smart” ways of milking government establishments and could not condone preachments to discard such backward habits. So, campaigns for financial sanity and the aversion for official laxity crusaded by Prof. Akpagu berthed at the ex-bursar’s doorstep and the only natural option was to frustrate and resist it.

But like a lone sailor on the high sea, Agi’s resistance to “change” also eclipsed any sympathy for him from the disparate segments of the university community which he had administered like an emperor.

When  Agi’s unholy interface with the VC became an open conflict, the university management first suspended him and eventually commuted the suspension to termination of appointment after an inquest into his official dealings. And of all groups within the university environment, it was a segment of students that Agi, who was accused of high-handedness, negligence, impersonation and other acts of malfeasance, hired to stage a protest in his support.

But the ex-bursar got it all wrong. His rented supporters were simultaneously and massively countered by another set of students genuinely convinced about the accusations on him. And almost all workers in the varsity also poured out in numbers to give fillip to the anti-Agi protests, and register their resentment.

Not satisfied, embattled Agi approached the National Industrial Court sitting in Calabar to challenge his suspension and eventual sack by the institution. Justice Nneka M. Esowe   dismissed Agi’s suit as premature, following his refusal to comply with the internal dispute resolution mechanisms as spelt out by University of Calabar Law no. 80 of 1979.

By implication, just like there is no hiding place for a bad soul, Agi lost both head and tail. The point must not be missed that the ex-bursar immersed himself into the mess because of greed and haughtiness serviced by impunity. When the heat became too much for him to bear, he resorted to the tricks of blackmail and counter-accusations against his superior officer and Vice Chancellor  of the institution, Prof. Akpagu.

But till date, the ex-bursar has not as much as convinced even a student to back him anymore. Even those he rented with money have shunned and deserted him.

He has dumped himself in a circle as the court has directed him to face the internal conflict resolution mechanism of the university. He had earlier turned down appearance before a panel set up by the university management to clear himself over allegations of fraud and embezzlement of the university funds under the pretext that the case was in court.

Curiously though,  why should Mr. Peter Agi, a principal officer of the university, who handles a sensitive duty, such as the administration of the university finances, be so ignorant or chose to ignore the varsity’s internal laws which is the first point of adjudication over an internal  matter, but preferred to rush to court?

As testimony of a man caged by his own traps, Agi approached two court of concurrent jurisdiction over the same matter. He took his case to the National Industrial Court, Calabar and also approached the same court in Uyo. What was the intention of stampeding the courts with the same case? It confirms the actions of a guilty mind, which pursues everything at sight in the hope of getting succour.

A peep into Agi’s official malfeasance as decided by the panel instituted by university management reveal an intolerable level of official negligence, absenteeism, official snobbery and glaring attempts to defraud the institution laced in criminal acts such as impersonation of the VC, who is the Chief Accounting officer of the university by consenting to the varsity’s final financial approvals outside the gamut of his official powers. He frustrates payment of TETFUND contractors, even after completion of jobs, certifications issued and payments approved.

UniCal Registrar, Mr. Moses Abang, in a letter conveying the termination of Mr. Peter Agi’s appointment lucidly stated thus: “Management observed that you have been impersonating the vice-chancellor on the CBN e-payment platform by making final approvals and payments, a duty that is the responsibility of the Vice Chancellor, who is the Chief Accounting Officer of the university.

“Again, you absented yourself from office without requesting any of your deputies to act for you, thus creating a vacuum in the administration of the Bursary.”

But all Agi could muster courage to do was to incite a segment of students and cash-and-carry Civil Society Organizations (CSOs), operating under some funny strange identity as League of Civil Society Organizations to issue a watery  statement at a Press Conference in Abuja alleging excesses on the part of Akpagu and invoking neglect of some sort of due process in the  termination of the ex-bursar’s appointment.

Agreed that the Akpagu hijacked the professional and legal powers of the sacked Bursar as argued  by the pro-Agi campaigners through the retention of the consultant for the collection of the university’s levies, why was Agi opposed to the retention? Had he just found the consultants unworthy and incapable under the tenure of Professor Akpagu?

The former bursar had worked with the consultant for years under an era in Nigeria where corruption was celebrated and rewarded. Therefore, Agi was gripped by the phobia of exposure of his shady deals, upon the emergence of Akpagu as Vice Chancellor, since he preaches  transparency and accountability in running the affairs of the university.

Within the academic  community, Agi has lost every strand or voice of support. It means he had operated like a demigod in the institution, but the preceding VC Prof. James Epoke consented to his excesses until Akpagu, widely admired on campus with the sobriquet of  “Mr. Change” came   on board and decided to check his official impunity and sleaze.

Throughout the interface with the VC, voices of angst and resentment have swelled against the ex-bursar, who has transformed into a thug. He threatened the life of his subordinate worker as disclosed in a petition alleging threat to life sent to the police in Calabar by the protocol officer of the University, Mr. Godwin Nyiam.

And the crux of the matter in this instance too, also revolved around some alleged improper financial dealings connected with office of the bursar which the petitioner was privy. It is more discerning or proper to guess why Agi wanted to discharge the former consultants and appoint new ones against the advice of his boss.

UniCal cannot ground to a halt by the wishes of Mr. Bursar. The fate and destiny of thousands of students seeking knowledge in the university depends on the excellent functionality of the university and Agi and his cohorts cannot be allowed to frustrate it.

But Prof. Akpagu should neither be deterred nor distracted in fighting corruption to enthrone sanity in the university. And the banal arsenals of blackmail and the failed trial in court of public opinion as manifested by Agi and his gang are the numerous ways corruption fights back and they are known to all. Akpagu should not deviate from the template set by President Buhari at the federal level.

The President himself is also receiving the same missiles from these anti-progressive elements, who have become paranoid to the extreme of wishing him dead. Mr. President is canvassing for the restoration of strong public institutions as against all-powerful individuals, as portrayed by Mr. Peter Agi who flouts official directives with impunity and runs the institution’s bursary department like his personal fiefdom and thinks crying foul when he is relieved of his job would cleanse him of the sins.

A Vice Chancellor whose actions and policies inspire both students and workers to massively rise in his defence is really an asset anywhere because it is not easy to influence any of these interests groups in the university community to back your cause. It  is the triumph of the  “change”mantra over evil.

Odoma is a public affairs commentator and contributed this piece from Calabar.