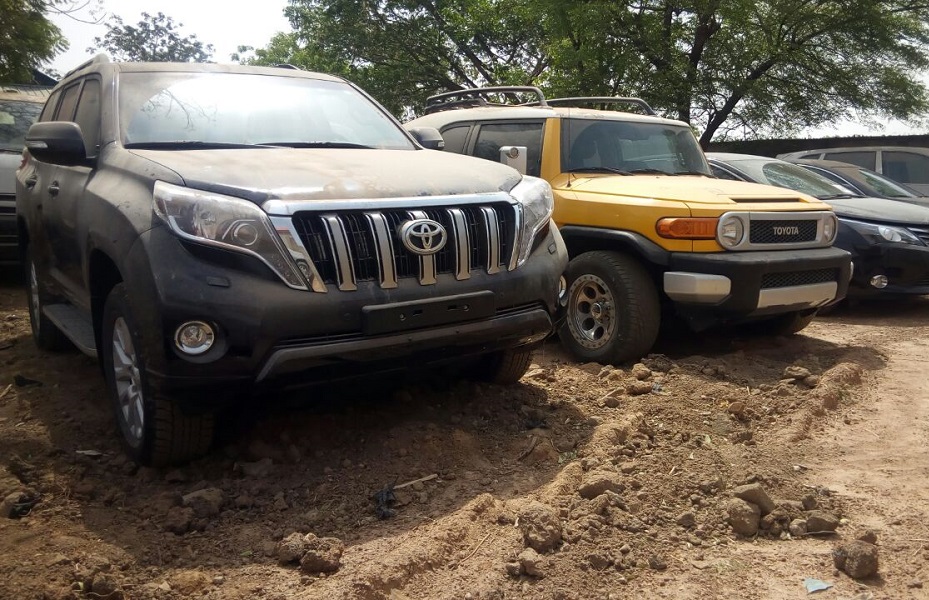 Advertisement
EFCC PRESS RELEASE
The Economic and Financial Crimes Commission, EFCC, on Wednesday, February 22, 2017 recovered seventeen exotic vehicles in a warehouse belonging to a former Comptroller-General of Customs, Abdullahi Dikko Inde, located at Nnamdi Azikwe Street, Kaduna.
The recovery was sequel to an intelligence report the Commission received that stolen money and properties suspected to be proceeds of crime were being warehoused at the former custom boss’ premises. Upon receipt of the intelligence, a team of operatives from the Kano Zonal Office of the EFCC were deployed to carry out the investigation on the matter.
On arrival at the location, two individuals who were identified to be the custodians of the property – Dantala Mohammed and Ahmed Balarabe were presented with a search warrant. In the course of the search, a total of seventeen vehicles among which are brand new cars, shuttle busses and SUVs were found in the premises.
Consequently, the vehicles and the two individuals were conveyed to the Commission’s zonal offices in Kaduna and Kano respectively. Investigation revealed that the warehouse in question actually belongs to the former customs boss. 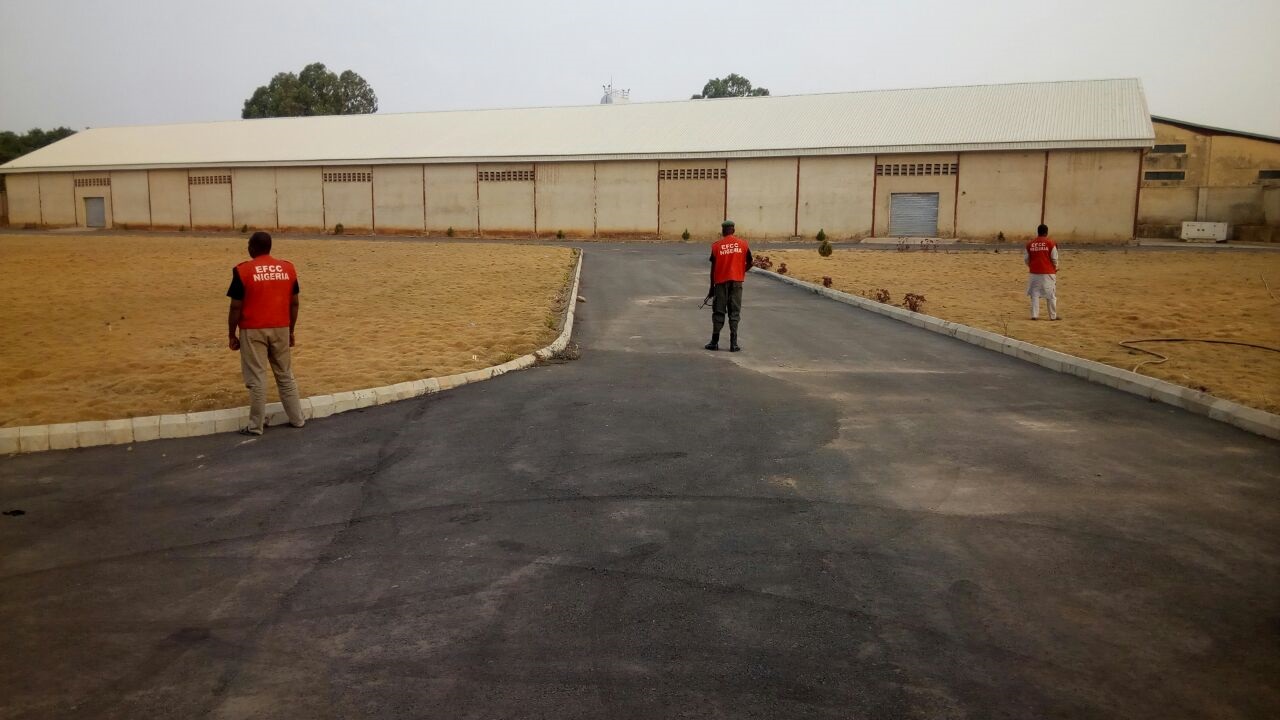