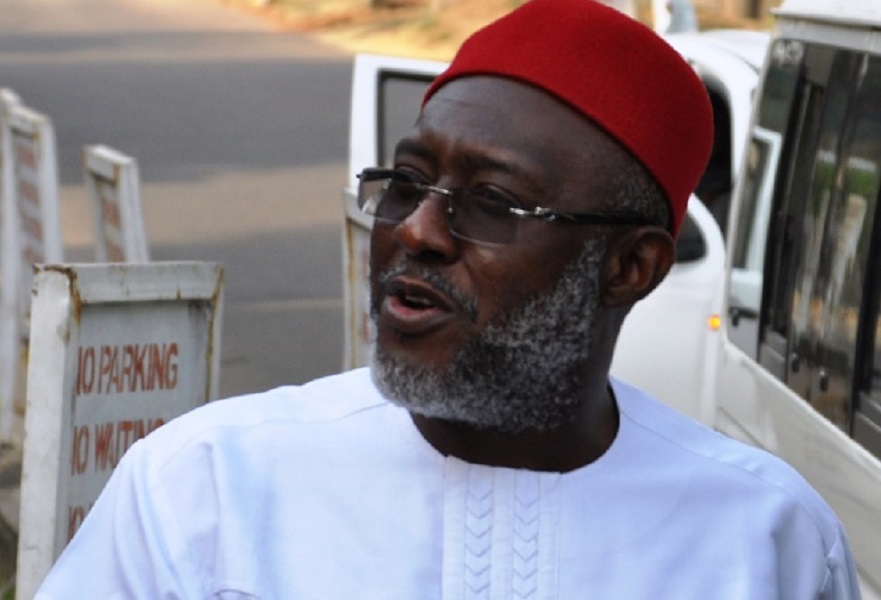 Advertisement
Olisa Metuh, a former spokesperson of the Peoples Democratic Party, PDP, will know his fate on February 23, 2017 as to whether the Federal High Court Abuja, will release his international passport for him to seek medical attention outside of the country.
Metuh, who is standing trial along with Destra Investment Limited on a seven-count charge bordering on money laundering, will also know whether the court will grant his prayers urging the court to subpoena Col. Sambo Dasuki (retd), from whom he is accused to have received N400million while he was National Security Adviser, as he would not be able to proceed with his defence, without Dasuki taking the witness box.
It would be recalled that Onyeachi Ikpeazu, SAN, counsel for Metuh had on May 23, 2016 through a previous application dated May 16, 2016 made a similar application seeking the permission of the court to allow his client “travel to the United Kingdom for five weeks to attend to his failing health”.
The presiding judge, Justice Okon Abang, however dismissed that application.
At the sitting today, Ikpeazu in moving the application, argued that “this application is distinct” from the earlier one, noting that, “this is a prayer for variation in bail condition”, and “bordered on the life and health of the defendant”.
He further argued that it wanted the court to subpoena Dasuki, because “without his testimony the entire defence has no foundation to rest and we didn’t go to NSA to remove money from them”.
Justice Abang, however asked him if he had called all the other witnesses the defence had forwarded to the court to which Ikpeazu answered, “No, I have not”.
Prosecution counsel, Silvanus Tahir, advanced arguments contained in his 15 paragraph counter affidavit vehemently opposing the request for Metuh’s international passport to be released to him and urged the court to “dismiss the application and instead sustain the tempo of the trial or order a most speedy trial”.
After listening to the arguments, Justice Abang ruled that: “Ruling will be delivered on 23rd February, 2017 on whether these applications subsist or either of them, or in the event they are overruled, then the defence will be at liberty to call further evidence in this matter”.