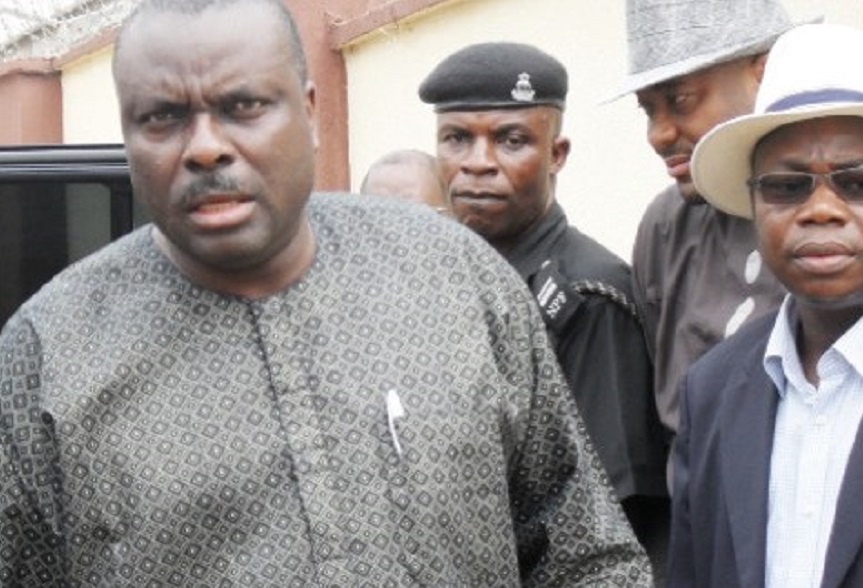 As though a benevolent spirit is now constantly behind Chief James Onanefe Ibori, the  winning streak that has attended his recent court cases remained unbroken Tuesday 31 January 2017 as he once again floored the British Secretary of State for the Home Office.

Ibori, in a statement Tony Eluemunor, his Media Assistant, said the British Government had attempted to withdraw the case from Court 5, before Mr. Justice Garnham to either the Queen’s Bench Division or the Crown Court.  Ibori’s lawyers argued that this was a delay tactic by the Crown and the Judge refused to grant the transfer, insisting that the case will remain in his Royal Court of Justice.

This time, the case before the court on Tuesday was to determine the amount of money Britain will pay Ibori as compensation for the illegal detention he was subjected to when the British Prisons did not allow him to leave on the exact day his prison sentence ended in December last year, but detained him unlawfully and illegally by a day, while even seeking for ways to further deny him his freedom by locking him up illegally.  Early March, the two sides in the matter will make their final statements and the amount of damages to be awarded to Ibori would be decided.

After all the speculations over when Chief James Onanefe Ibori will return to Nigeria, Ibori himself has now confirmed that he would be homeward bound very soon.  Speaking outside the court on Tuesday, he told BBC’s Mark Eastman that he was planning to appeal his conviction and return to Nigeria. When asked how soon that his trip home would be, he said “as soon as possible, may be in a matter of days.”  Ibori was mobbed by a large number of Nigerians who came to identify with him in his travails. He shook hands with many of them, exchanging pleasantries.

Dotting the i’s and crossing the t’s in briefing his lawyers may be the only thing standing between Ibori now and his journey to Nigeria, the statement added.  For instance, there will be mention of the Ibori London case this week Friday at the Southwark London Court for the Judge to be fully informed on what is happening with the disclosure process and to ascertain if everybody convicted in the Ibori and related cases will be appealing.