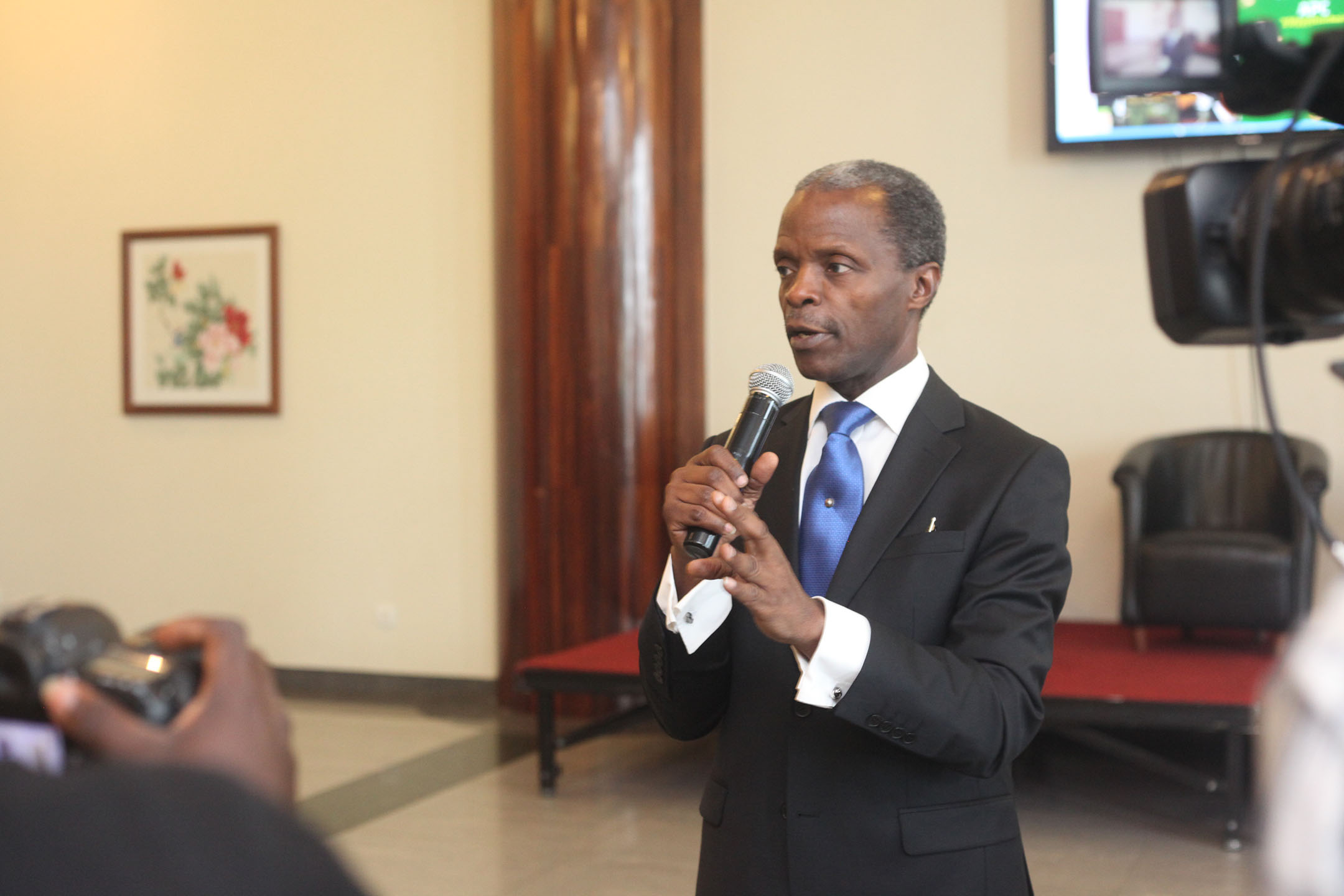 The Vice President of the Federal Republic of Nigeria, Prof. Yemi Osinbajo will be arriving Anambra State tomorrow, Thursday November 24, 2016 on a working visit that will take him to the three major cities in the state including the twin industrial cities of Onitsha and Nnewi and the administrative capital, Awka.

Prof. Osinbajo is coming to interface with the members of the business community in the state after a scheduled tour of major industrial and commercial centres to sound business owners out and understand how best to fashion out a response that will checkmate the slide in the overall business outlook of the state.

The Vice President’s visit is in response to a formal invitation by the Governor of Anambra State, Chief Willie Obiano who had assured the business and industrial communities in the state that he would take their complaints on the various challenges they were facing in the state to the Presidency for the necessary response. Governor Obiano had made the assurance during the series of meetings he held with different segments of the society when he rolled out the Economic Stimulus Package to cushion the effect of the current recession in the country.

One of the places that are of interest to the visiting VeePee is the Harbour Industrial Layout in Ogbaru council area which hosts about 35 viable small, medium and large manufacturing firms with a total investment output of about N100bn.  This layout has continued to reel from the threat of flooding and was totally submerged in the heavy flooding that occurred in many parts of the country in 2012.

Prof Osinbajo is also expected be at the Town Hall Meeting on Social Investments that will take place at the Prof. Dora Akunyili Women Development Centre tomorrow.

The Vice President’s visit is coming on the heels of a recent visit by the Minister of Agriculuture, Chief Audu Ogbe and the Governor of the Central Bank of Nigeria, Mr. Godwin Emefiele who had toured Anambra last month to observe first hand, the large scale agricultural production going on in parts of the state and figure out how the federal government can assist in boosting the current capacity to consolidate on the efforts of the state government.