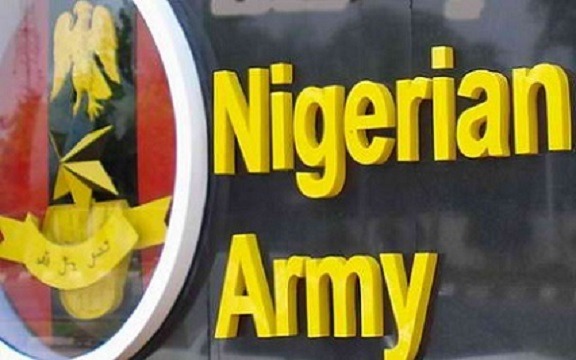 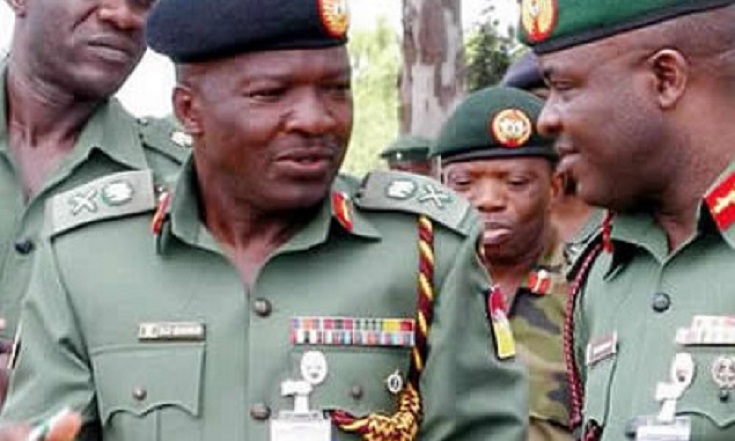 The military leadership has been in the over time been commended for the turnaround they brought to the nation’s fighting capabilities. The overhaul they made was in part credited to the ability of troops to take on and wear down a terrorist insurgency that hitherto appeared endless. Changes brought on by this leadership included boosting troops’ morale, somehow managing to procure some equipment even in the face of uncooperative foreign powers and training of personnel.

However, for the Nigerian Army especially, it appears the Chief of Army Staff (COAS), Lt Gen Tukur Buratai still has a lot to do by way of training the soldiers under his command. While not generalizing or stereotyping, but it seems the Army has a handful of soldiers for whom the greatest enemy is not the rampaging Boko Haram fighters or other terrorist but ignorance. Utter ignorance! The kind of ignorance that makes otherwise trained men to market conjectures as facts and in the process imperil the entire nation.

There is no way the Army can brag about being a saintly organization in a country that has only recently begun taking on a monstrous corruption. But the kind of unrealistic claims being made by some soldiers, if they are truly soldiers, and being lapped up by some bloggers, risk destroying the military from inside out if not challenged with education. The troops should be educated on how military and army finances operate – they need to know that the COAS is not the final authority pulling the purse strings of their finances.

Even if the Army is responsible for the allowances of troops at home, which is not completely the case, is the Army also in charge of paying those on foreign mission? This significant detail escaped those who were in a hurry to land another scandalous story against the government. They were ignorant of the fact that the Defence Headquarters in the Ministry of Defence is responsible for such payment and that sometimes there is counterpart components in the funding of such operations which could cause delays.

But for the strategic and tactical blunder it would amount to, the Army should have, in addition to training troops in the basic administration of its finances, created an electronic platform that acts like a Freedom of Information portal, which would allow soldiers track in real time what disbursements for their allowances are and at what stage the individual payment is at. Unfortunately, such platform would be a tool in the hands of terrorists who would then have the same information as the government forces that are fighting to end their reign of terror.

However, the Army must find a way to address these kind of drinking joints quality of lies that some people are easily misled into believing as was recently contained in one of the so called exposes by serving soldiers. The inconsistencies in the story speak to why no one should bother about them but unfortunately such lies begin to take on a semblance of possibility when repeated often enough.

So inconsistent was the so called “Ebuka Emeka” story that its author could not help indicating where it was coming from: “There is no any significance change between the past administration and the President Muhammadu Buhari’s government. The only difference is that during Goodluck Jonathan’s administration the Nigerian army paid complete allowances while the current one pays just half of it,” it opined. No analyst is needed to explain how this is a case of getting at the Buhari administration through one of its performing institutions and appointees, the Army and Buratai. There are other inconsistencies that indicated Nigerians were being lied to.

For instance, a glaring inconsistency was that they accused the COAS of misappropriating their allowances in one breath and in the same story identified him as the one person that can “mind the welfare and allowances of personnel”.  They also suggested that soldiers are now buying their own uniforms forgetting that the Army had banned the unauthorized use of military uniform, which happens to be a commodity that is not meant for sale by civilian businesses. If the soldiers that told the said story had personally bought their own uniforms and kits from some black market then should have morally submitted themselves for violating a valid order on the illegal sales and buying of military uniforms.

The uniform issue aside, those murmuring about their allowances being hijacked are also unpatriotic citizens who will rather spin tales about corruption instead of taking the bull by the horn and exposing the leaders they claim are hijacking their allowances. The Economic and Financial Crimes Commission (EFCC) has demonstrated the political will to dispassionately treat non-frivolous petitions. If those making these allegations have facts like they claim then they should approach the EFCC and can even use anti-corruption NGOs so that their identities are protected as whistle blowers while they are still able to expose corrupt leaders.

Not being forthcoming with information along this suggested line is being unfair to the COAS who has maintained an open door policy. Instead of sensationalizing issues using online medium, the series of the channels for communicating grievances would have yielded better results. This is why each Nigerian soldier needs to properly school themselves on other issues apart from warfare to also learn other basics needed to excel in the institution they serve.

One is not attempting to detract from the gallantry of Nigerian troops and their numerous sacrifices in the last one year, which has brought about the remarkable success in the fight against terrorism, but misinforming the public about the internal state of affairs of the Army risks given a moral boost to the terrorists they are fighting. There should be a limit to how far some people are willing to go in destroying the country just to make cheap political points.

Odoma is a columnist with The Nigerian and writes from Abuja.