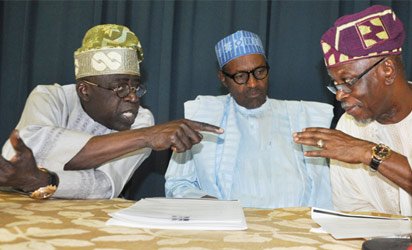 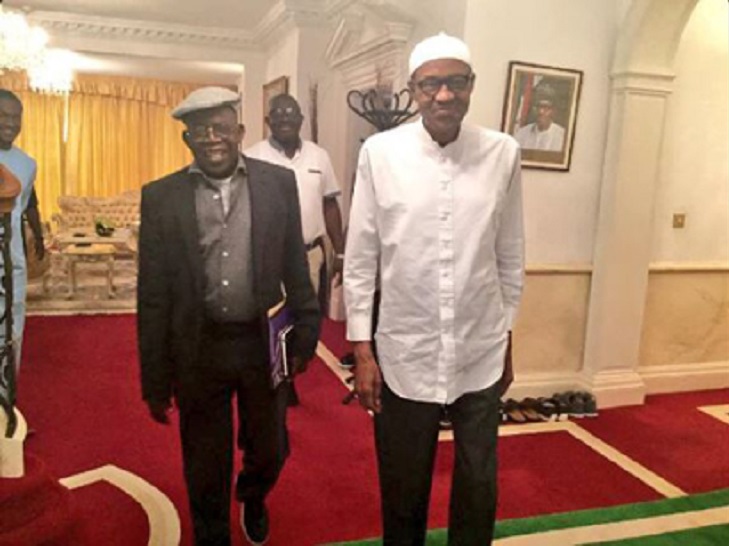 The Holy Scriptures in Mark 3:25 did declare “that a house divided against itself cannot stand.” This is a point to ponder as Nigerians either celebrate or lament the 56th anniversary of flag independence.  When on the 1st of October 1960 Nigeria gained independence, after a long, arduous struggle by eminent nationalists such as Dr Nnamdi Azikiwe, Sir Herbert Macaulay, Chief Obafemi Awolowo, Chief Dennis Osadebay, Chief Anthony Enahoro amongst others. The nation rose up in a frenzy of joy as Nigerians of all stripes celebrated what they thought was true freedom from tyranny, inequality, exploitation, colonial subjugation and injustice. Before us was finally;  the long sought opportunity to build a great black nation, strong and united in repudiation of the negative narratives/stereotypes bandied by colonialists which depicted black Africans as a savage and  inferior  race, pathologically  incapable of ruling themselves.

But 56 years on; rather than become a prosperous nation, a united nation, a great nation, a giant in the sun, a land of justice, a land of freedom and equality, a land of opportunity—Nigeria has become a veritable slave ship, a hotbed of tribalism/ethnic divisions, poverty, corruption, conflicts, oppression, terrorism, inequality, injustice, human rights violation, marginalisation and even  internal colonialism in forms more malevolent and more brutal than was ever witnessed under British colonial rule. The post independence managers of the nation have failed in every practical area of development and nation building. Whereas the British colonial administration had managed resources prudently, built functional railway lines, roads, schools, hospitals, provided pipe borne water, set-up effective policing, the nucleus of a national army and established administrative structures of governance, 56 years after the colonialists departed, Nigeria is like a nation without  government.

Virtually all the structures established by the colonialists have collapsed under local leadership. In the 21st century, at a time serious nations are exploring space and building nuclear devices,  Nigeria lacks things as rudimentary as pipe borne water, electricity, good roads, functional hospitals, functional schools, national airlines, railway lines and functional refineries. In spite of being the 6th largest crude oil producer in the world, Nigeria imports fuel, due to a shameful incapacity for local refining.  After colossal sums were expended in the establishment of steel plants expected to launch the nation into the technological age, none of them is functional and what little industrial base the colonialists left behind has since collapsed.  56 years on, the order of clean streets, parks, functional public institutions and general organisation that characterised the colonial era is long gone.

What is left of that era are the carcasses of rusting rail lines, dysfunctional power plants,  rickety public schools and institutions  that dot the landscape. This tragedy is further aggravated by the filthy streets, disorganisation, dysfunction and chaos that is now the order of the day.

If post colonial leaders failed in developing the nation, they failed even more in uniting the nation. Matters were not helped in this regards, by the fact that the duo that took power at independence were leaders who frequently advanced their unbelief in the very idea of Nigeria. As a consequence they ignored the necessity of nation building and set about governance from a tribal and sectional prism, setting a precedent that successive leaders have followed. Nigeria has consequently had a long list of myopic tribal leaders who declined any initiative for nation building, pursued instead domineering and discriminatory policies that further divided the nation and in the end birthed a clime whose forbidding divisions are worse than some war thorn nations.

Perhaps as proof of the monumental mismanagement and bungling of Nigeria’s diversity/unity as engendered by post independence leaders, it’s wasn’t an accident that just few years after independence crisis erupted in the western region. By the 6th year, two military coups and an unprecedented pogrom/genocide had taken place followed in quick succession by a bloody civil war that sowed the seeds of permanent divisions and needlessly took the lives of millions of citizens who ironically had just year’s earlier celebrated independence with much hope. The fact that these bloody events all took place within 7 years of flag independence  demonstrates how much tribal politics and misrule  by post colonial leaders led to ethnic violence and war—ultimately betraying the  ideals of freedom, justice, unity, peace and prosperity that had necessitated and animated the independence struggle.

The omissions and failings of post-independence leaders have ensured that post-civil war; an ever increasing decimal of ethno-religious divisions, conflicts, terrorism and rise of separatist groups have become a permanent fixture of the nation. From the Maitsatsine riots in the 80’s, Nigeria has had an unbroken chain of ethno-religious violence amongst others in Zango Kataf, Miss world riots, Sharia riots, Jos riots, Kaduna riots, Boko Haram terrorism, Fulani herdsmen massacres.  Militant separatist groups such as MEND, MASSOB, IPOB, Niger Delta Avengers, OPC and campaigners for a Sovereign National Conference (SNC) have since joined the fray. With  thousands  estimated to have been killed in  Sharia riots alone, the long running low intensity ethno-religious warfare in Plateau state and now terrorism that slaughters hundreds of people on a near daily basis by Boko Haram and herdsmen—nihilistic groups that were in 2015 named the 1st and 4th most  murderous terrorist groups in the world by the Global Terrorism Index (GTI), Nigeria has for decades since independence been one of the world’s largest killing fields and correspondingly one of the most, if not the most divided nation in the world.

After decades of ruinous military dictatorships, the return of democracy in 1999 did not bring any remedies. Human rights violations and other such abridgement of fundamental freedoms are on record highs, while the fundamental fault lines of tribalism, ethno-religious divisions has also not fared better. Indeed, more than ever before, leaders now exploit ethnic divisions for political gain. Of particular note is the fact that the nation now  has a president who has not only openly mouthed his inclination to discriminate between ethnic groups that voted for him and those that didn’t, his administration is a virtual repository of the politics of exclusion, ethnic divisions, antagonism and hate. Ultimately, Nigerians have been mortally betrayed by the tribalism, oppression, corruption, inequality, brutality and misrule of the leaders who have exercised power since the departure of British colonialists.  In 56 years since independence, none of the ideals of freedom, justice, equality, harmony and prosperity that occasioned the independence struggle has been achieved.

Paradoxically Nigerians have been subjected to levels of discrimination, poverty, marginalisation, human rights violations, conflicts, misrule, abridgement of freedoms and ethnic divisions than ever witnessed under colonial rule. Against this backdrop, it’s doubtful if the so called  independence is worth its name, more so when we now have before us, a nation that is perhaps the most divided in the world. As some celebrate a pyrrhic independence that should rather invoke retrospection and introspection, the question we must ask is; “can a house divided against itself stand” in the long term?