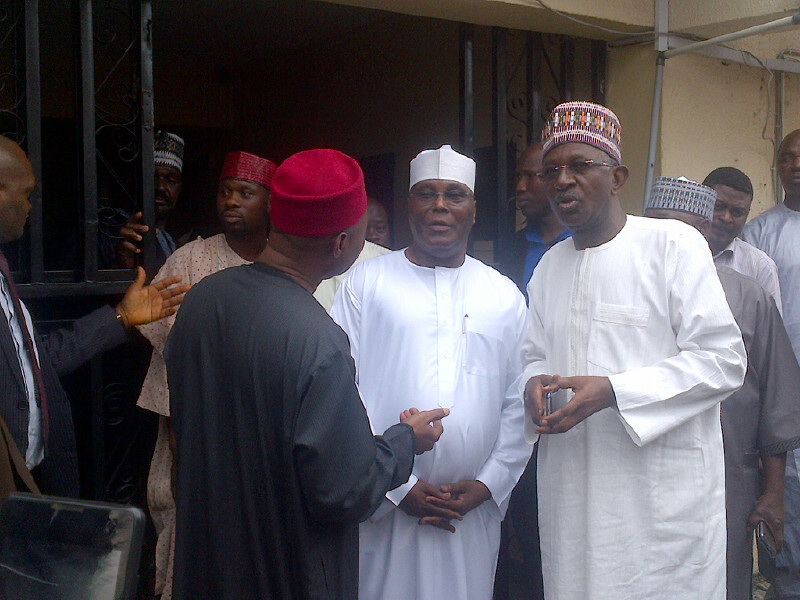 Former Vice President and chieftain of All Progressives Congress (APC) Atiku Abubakar, has decried the decision of the national chairman of his party Chief John Odigie-Oyegun to jetition the recommendation of Ondo Appeal Panel in favour of Chief Rotimi Akeredolu.

Atiku said “the party leadership should always be guided by respect for the rules, fairness, equity, neutrality and respect for
democratic consensus.”

The national leader of the party Bola Hammed Tinubu, had called for immediate resignation of the national chairman who he accused of fraud in the recently conducted Ond APC governorship primaries.

In a statement issued in Abuja on Wednesday by Atiku Media Office, the former vice President said it is imperative for the national leadership of the party to live by the rules of internal democracy and respect for democratic consensus, warning that “you cannot break your own rules without creating problems.”

He contended that since the APC found veritable reasons to review the outcome of the gubernatorial primary election it conducted in Ondo State, and was able to establish valid grounds to cancel that election and call for a fresh one, the decision to deviate from its own resolution is a negation of due process and an unfashionable hollow in democratic best practices.

“It was wrong for the APC to have set aside a resolution it had
reached aimed at resolving the crisis in our party in Ondo State. It
is a recipe for acrimony and division.”

The former Vice President also said that pretending a problem doesn’t exist won’t make that problem go away, and therefore, advised the leadership of the party to do a soul searching and address why this problem arose and escalated.

The APC chieftain charged the party on the promotion of rule of law and due process in the conduct of its affairs noting that they are germane to the unity and stability of the party.

He, however, urged the aggrieved members of the APC in the Ondo election to exercise restraint in seeking redress to the crisis, while also urging the leadership of the party to retrace its steps and do the needful to restore confidence among the conflicting parties in the state for the overall benefit of the ruling party.