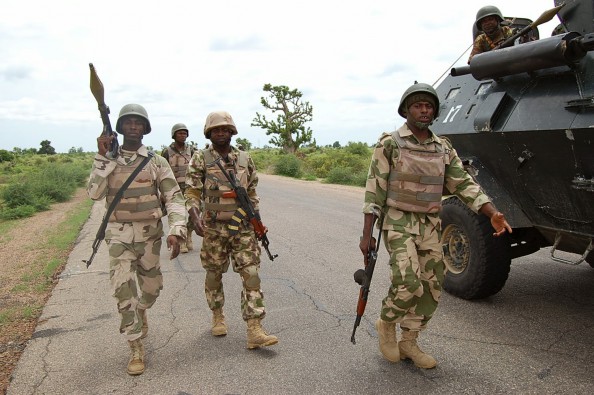 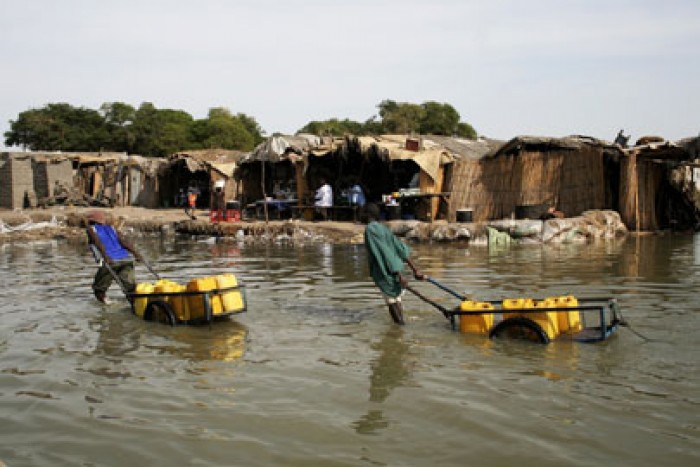 Baga town was overran by a group of suspected Boko haram terrorists.

” A large number of terrorists have drowned in the Lake Chad as they  fled the heavy bombardment by Nigerian Air force heralding the advance of Nigerian  troops on mission to flush them out of Baga. Not even the strategy of mining over 1500 spots with land mines on the routes leading to the town  could save the terrorists from the aggressive move of advancing troops.

” All the land mines were skillfully cleared one after the other. Eventually, the resistance of the terrorists collapsed and the land forces finally stormed the town in the early hours of Friday.

” Many of the terrorists died while an unknown but substantial number of them fled with various degrees of injury, in the series of encounter along the routes of advance as troops headed for Baga. .

Olukolade revealed  that “apart from the 5 anti air craft guns and the rifles captured from the terrorists,  over 34 motorcycles and 5 vehicles including trucks being used for operations by the terrorists were destroyed in the course of the fighting as troops headed for Baga. The troops finally began clearing the terrorists from Baga on arrival in the town early Saturday  morning.

“A comprehensive cordon and search phase of military operation has now commenced to enable troops mop up arms and ammunition and also apprehend any terrorist who might be hiding in the vicinity. The exercise will also determine details of the casualties  inflicted or incurred in the  course of the operations to clear Baga and environ of terrorists.

“Similar exercise is  being carried out in  over  15 locations namely Gajigana, Ngaze, Ngenzai, Marte Junction, Mile 90, Yoyo, Kekeno, Kukawa, Cross Kauwa,, Kangarwa, Amirari, Kichimatari, Borokari Barati, Kauwa and other localities where troops have flushed out the terrorists in the operations preceding the entry to Baga. The troops are now dominating and conducting aggressive patrols in the locations. The morale of troops remain high ” Olukolade said.