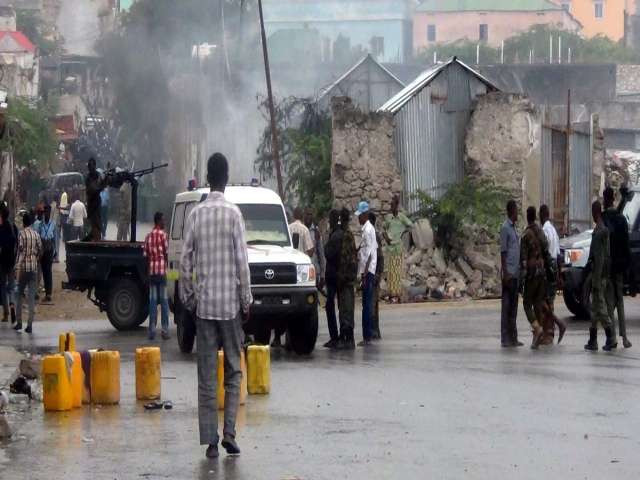 New laws in Kenya will divide Muslims and increase violence, in particular towards Somali refugees.

In recent times the Somali rooted Shabab has been increasing their attacks to civilians and as a result the government has passed new anti-terrorism legislation, approved by Kenyan President Uhuru Kenyatta. Many were against the new law especially those from Muslim countries and civil society organisations with the Kenyan government taking into account the criticism but making great effort to pass the legislation. It has reneged on the laws that were made in 2010, and has pulled back on the rights that it gave Muslims back then.

The security laws in particular rather than give security are restricting freedom. The law that gives police broad powers appears to be turning the state into a police state. By law the police can arrest anyone that they “suspect” without charge for 300 days, and raids be done without court permission by the police. Those who resist police authority will be sentenced to a jail sentence ranging from 14 years to 30 years.

The new law also restricts religious freedom and will limit the time given for the sermon andn that no social, political or economic references must be made. If there is a suspect “terrorist”, then the mosque can also be shut down, and if the mosque representative is suspected of being a “terrorist”, they can serve 20 years in prison.

In regards to religious publications, all suspects can be held for investigation. The countries’ leading Muslim scholars must not make any negative speech against the government, and such meetings regarding this must be held. Any gathering that criticises the government will be considered a terrorist supported meeting.

Immigrants will also be now limited to 150,000 especially the flow of refugees from Somalia. There are nearly 2 million Somali refugees in the country with no identification and as a result have no access to education or health services. In this regard there is a difference between the agreement made between the UN and Kenya, which brings to mind the question, “what will happen to the 2 million refugees?”

Articles by journalists, critical of the governments attitude towards terrorists is also being banned. Journalists can only report news given to them by the police, and are forbidden from using suspects photos or those who have been arrested without permission. If journalists forbid to abide by these rules, a minimum three year jail sentence will be given.

With the new legislation, the Kenyan government has divided Muslims and non-Muslims in a legal way, reminiscent of apartheid in South Africa, 20 years ago. These news laws will in particular affect Somali Muslims, labelling them as potential terrorists. The anti-terror laws instead of preventing the actions of Shabaab will pave the way for further Shabaab action, and so will be centre of attraction for Muslims, a way out and supportive of them, although it was the Muslims who had first put a distance between themselves and the violence that had occurred. In a special television interview, a police officer said that the Kenyan government were not a legal entity and that they had been advised by Israeli and British experts. NGO’s working in Kenya have said that within the government there is a secret state and that in the past year, it had been responsible for 20 executions. Within this law, a “reasonable” terror suspect can now be executed and that arbitrary arrests will increase in the country.