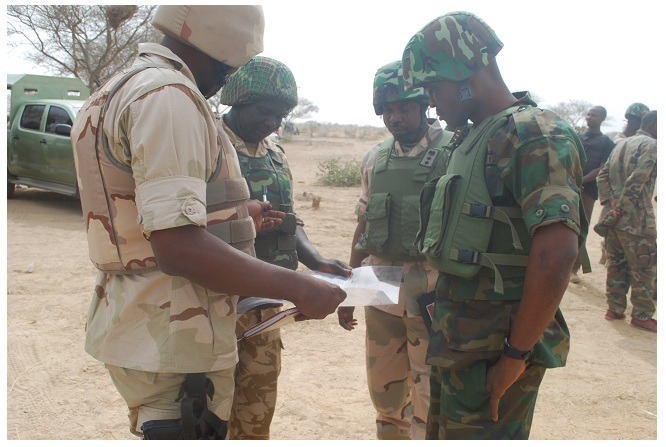 THE leadership of Nigeria Union of journalists has opposed the proposed extension of Emergency Rule in the North East by President Goodluck Jonathan.

NUJ President, Mohammed Garba said there was no justification for the request for extension of the State of Emergency since the aims and objective of the Emergency intended to resolve the crisis in the region have not been met.

This is even as the union condemned in strong terms the recent abduction of 14 journalists in Delta State, while also demanding for immediate release of the kidnapped The Nation Newspaper reporter in Abia State.

NUJ President, Mr. Mohammed Garba, who spoke while addressing newsmen in Abuja on Thursday condemned the cases of impunity and undue harassment of media practitioners in a build to 2015 General election.

On the extension of emergency rule, he argued that what has been witnessed in the last six months of Emergency were reckless actions and killings on innocent citizens.

He, therefore, called on the Federal Government to devise better and more proactive ways and means of ending the insurgency rather than continuing with a formula that would not work.

Speaking on the maltreatment of journalists across the country, Mr Garba noted that unknown men had abducted  Mr. Ugochukwu Ugorji-Eke, The Nation’s Umuahia, Abia State correspondent on Sunday adding  that information reaching the NUJ was that his abductors have now reduced the N20 million ransom to N15 million, called on the security agencies in the State to ensure his immediate and safe release.

He said: “We are particularly worried by the abduction of 14 journalists in Delta State by armed youth believed to be working for a former Niger Delta militant, Government Ekpemupolo (Tompolo) on Sunday, November 6, 2014.

“The unwarranted abduction occurred while the journalist were returning from an assignment in Ogidigben, Warri South Local Government Area of the State where they went to cover a protest by the people of Itsekiri Nation.

He commended the efforts of the Delta State governor Emanuel Uduaghan for his timely collaboration with security operatives to ensure their release, but lamented the fact that their working tools were still with the kidnappers.

He added that the NUJ was working in close relationship with the Union’s Vice President, South East zone Chris Isigbuzo adding that reports from Isigbuzo indicated that the kidnappers have contacted the family of the kidnapped Nation’s reporter reducing the initial N20 million demanded as ransom to N15 million.

salvage the many security challenges, adding that no amount of effort

was too much to curb the security challenges bedeviling the nation.

He said: “The NUJ wishes to raise the alarm over acts of impunity against journalists especially as we move towards 2015, which is an election year. Certainly, we cannot afford to play down the importance of safety and security for journalists.

“We call on the Inspector General of Police and the Director of the SSS to investigate thoroughly this act by Tompolo and his cohorts and bring all the culprits to account for the crimes,” he said.