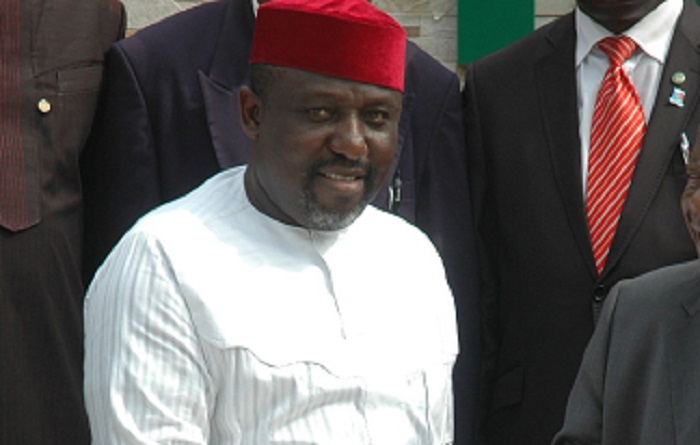 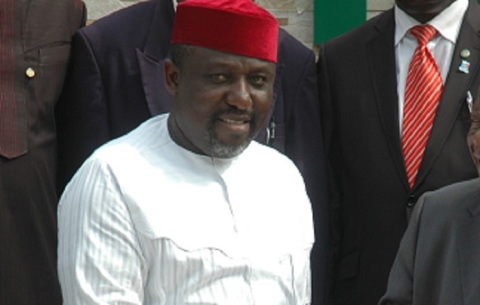 Imo people can vouch that, for more than one year now, one of the known names in the entertainment industry from the state, Mr. Uche Ogbuagu has taken it up as a responsibility to be attacking and insulting both the state Governor, Owelle Rochas Okorocha and the state government, on the pages of newspapers.
He had also gone to the extent of buying air-time in one of the radio stations in the state with which he attacks and insults the governor at will.
In all these, neither the state government nor the state governor had reacted or responded to any of the attacks or insults, because as a government with the appetite to work for Imo people we select the things we react to.
But Mr. Ogbuagu’s recent claim of threats to his life allegedly by this government has prompted this reaction because we know the level of desperation on the part of those who want power at all cost in the state in 2015 and they can decide to be funny.
And on our part, we have the strong feeling that Mr. Ogbuagu has come up with this threat to his life to force us to react having said and written a lot of things against the governor and the administration without our reactions.
To say the least, Mr. Ogbuagu in his latest claim had failed or refused to tell his audience the reason he felt the government would threaten his life.  He has always said that he resigned his appointment, against the government position that he was disengaged like some other appointees.
The truth remains that whether he resigned or he was asked to go, should not be an issue because in political appointment, one either goes on his own, or dropped by the person who gave him the appointment.  And if the government is owing him, he should say so and show evidence of such indebtedness.  Going on air or to the pages of newspapers to insult a sitting governor does not have anything to do with resignation, sack or debt.
Mr. Ogbuagu is also challenged to publish his letter of appointment and his resignation letter, to help Imo people evaluate all his claims to know whether he has been civil about the whole thing or he has just become a tool in the hands of politicians.
Mr. Ogbuagu is an Imo son who has made his mark in the entertainment industry and we celebrate this feat with him.  But he should not allow politics to envelop all he has achieved in his chosen career.
He is not running for the governorship of the state and is not one of the political template leaders that one could see him as a threat to any politician, at any level. So what could be the reason for him to begin to talk about government officials threatening him.
Our concern is that enemies of the government who are desperate for power in 2015 could leverage on Mr. Ogbuagu’s bogus allegation of threat to his life to act arbitrarily.
Interestingly, the three mobile phone numbers Mr. Ogbuagu published as the numbers of those who he said threatened him, belong to three key officials of the state government and they have individually written to the security authorities in the state to investigate the allegation.
The allegation is interesting because it will be shocking to discover at the end of the day how the deputy governor of the state, His Excellency, Prince Eze Madumere, the Principal Secretary to the Governor, Dr. Paschal Obi and Commissioner for Lands, Chief Uche Nwosu could use their personal phones to threaten anybody, even Mr. Ogbuagu, and whether any of these figures could have ever spent their time and credits to call Mr. Ogbuagu and threaten him.
Imo people are aware that Governor Okorocha’s administration, in more than three years, does not have any record of harassing, intimidating, or attacking anybody for any reason in the state inspite of all the insults and abuses.  And the government has not seen any need to deviate from that policy either presently or in time to come.  And people like Mr. Ogbuagu should appreciate this policy by acknowledging that, it is not weakness on the part of the governor or the administration, but a deliberate policy of the state government not to repeat the past ugly experiences from which Governor Okorocha has liberated or freed Imo people from.
Sam Onwuemeodo
Senior Special Assistant to the Governor on Media