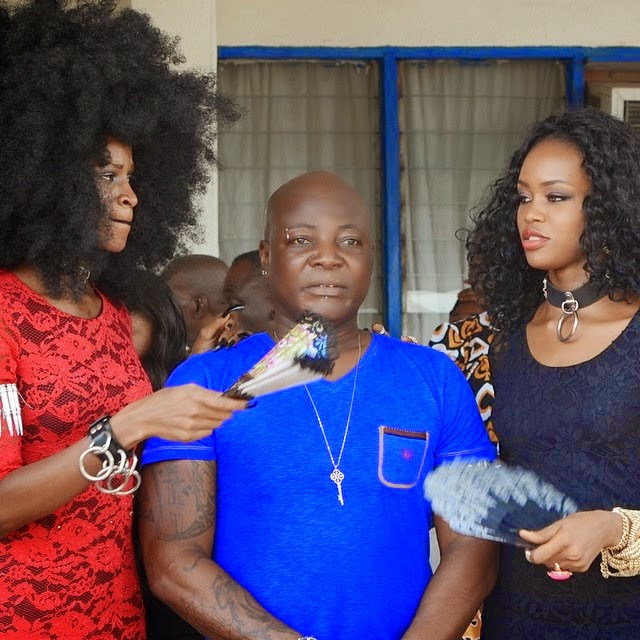 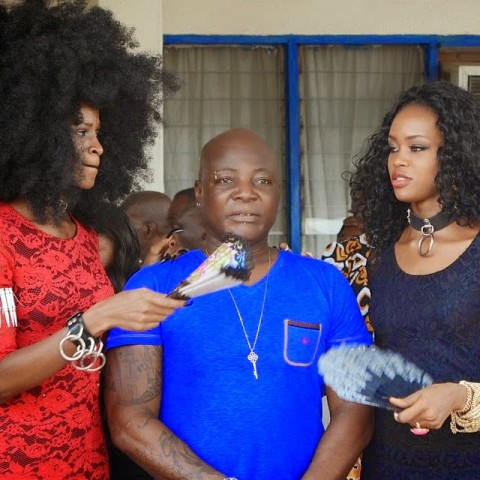 …Says, Imo Gov. Is Not A Gentleman
Controversial socialite, Charles Oputa (aka Charley Boy), has opened up on the reason he stopped Governor Rochas Okorocha of Imo State from speaking at the burial of his fater, late Justice Chukwudifu Oputa.
Charley Boy had caused a mild drama penultimate Friday at the Sacred Heart Catholic Church, Oguta in Oguta Local Government Area of Imo State during the funeral mass of the late jurist when he stopped the governor from speaking as protocols had demanded.
But according to an interview by imostateblog.com Charley Boy explained that the reason behind his action was because the governor was not a gentleman.
According to him, Governor tried to use N20million donation to the family to play politics “I didn’t understand why somebody would graciously choose to assist us by making a donation to the family and thereafter, they went on air to announce it. That was not a gentleman action and it was what really angered me.
“Secondly, three days after my father’s death, I sounded a note of warning that it won’t turn to a political thing. You know the kind of father I had, and what he stood for. I don’t want them to politicise his burial rites. After they made the donation, and I never denied that they didn’t give us money. But I was embarrassed that they were announcing it over the radio and in the pages of newspapers.
“If you are doing something with the family, first of all, we are the chief mourner, as well as Governor Rochas Okorocha, but it would be proper that they confide in the family in whatever they were planning to do in respect of the burial rites. If there is something we can bring to the table to enhance it, then it would be to the credit of the governor. But he didn’t do that and they were all shifty. We didn’t know what they were planning; they didn’t care to know what we were planning”, Charley Boy was quoted as saying.
He however claimed he did not embarrass the governor but was only trying to be his person.
In his words: “I didn’t embarrass him. You can believe anything you read from the dailies. But I can’t go out of my way to embarrass anybody. I only insisted that I wouldn’t tolerate people with bad political breath to preside over my father’s burial rites. The corpse belonged to the Oputa family, and not the state or federal government.
“Being Charley Boy, my action creates a lot of controversies. I am not a politician and I can never be one. I don’t do things the way every other person would want to do them. My own things are bound to be a little different. Integrity is my watchword and when I give you my word, you can go to sleep. I expect same from people who deal with me”.
On the governor’s condolence visit to his family in Oguta, the musician who is the only child of the late jurist said, “How can he visit my place when he has my telephone number? He should know I don’t reside here (in the village) and I have not returned home. It’s just a phone call, ‘Charles where are you? And I would tell him where I am. After all, he’s always in Abuja. What stopped him from putting a call across to me?
“If he doesn’t know how to reach me even truck pushers have my number, how much more the governor of a state? If he has a desire to contact anybody, he will do so with ease. How could he embark on a journey to a place he is not familiar with? These are the things we are talking about.
“He didn’t deem it necessary to contact the bereaved family that he was paying us a condolence visit before embarking on the journey. And when he came, he talked to one ‘village boy’ who claimed to be representing the family. What’s all that rubbish for?”, he queried in anger.