“Only a foolish dog barks at a flying bird and a sheep must learn to obey the shepherd” were amongst the parting words of a popular but late musician referring to the sworn enemies of progress – and it rings true today amongst the present day naysayers and nihilists amongst the Abia State terrain who have refused to see the new Abia State and the success stories that have begun to take strong stem in the many sectors of the state in a manner that sets an unselfish tone for the future administrators of the beloved state to hit the ground running – unlike what was obtainable on the ground upon Theodore Orji’s arrival as the executive governor of State.

Not minding the glaring dilapidation which Abia State found itself upon the arrival of the present state governor – in addition to the noxious attempt by the Orji Uzor Kalu political family to play the role of godfather and godmother, the agents of Orji Uzor Kalu still find it necessary to spew un-calibrated and largely unguarded hatred aimed at the administrative head of Abia State all in the name of free speech and democratic society. 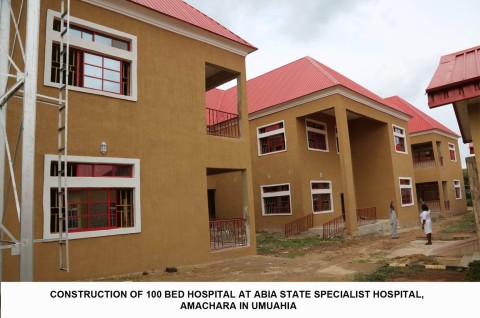 But what they fail to comprehend are the success stories that liter the present Abia State. They fail to observe the evil jinx that has been broken by the Orji administration without the shed of blood. The latent revolution that occurred to bring about the dislodgement of the mother queen of Abia state politics and governance was not an easy battle – and neither was it a selfish battle rather it was a battle for the future development of the state and the collective betterment of the citizens of Abia State. 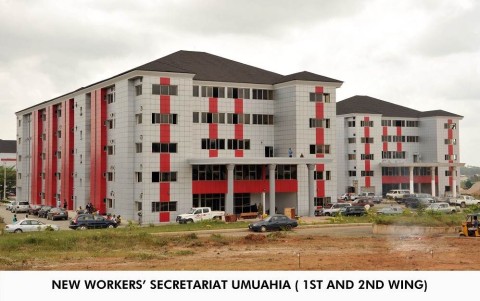 The hold on Abia state and her development by the mother of Orji Uzor Kalu and Orji Uzor Kalu was not a secret and it was clearly not welcomed by the larger populace of the state because it was evil and dictatorial. Orji Kalu Orji, in his many unguarded talks, had boasted that the State will remain under his family’s control for the next 35 years before ‘outsiders’ are to regain the control of the state. The hoisting of Theodore Orji to the seat of Governor was to fit the role devised by the Orji Uzor Kalu family plot. Through the first few years at the ‘realm’ of affairs, the grip of the Orji Uzor Kalu evil dynasty appeared overbearing and damning to allow for the smooth governing of the state. It led to an administration that appeared unorganized. And as a result, the popularity of the seating governor plummeted while the Orji Uzor Kalu cherished the dwindling political currency – as they tightened the grips on the seating governor as to ensure he remains a puppet for the Orji Uzor Kalu family.

Through a dedicated heart targeted towards the liberation of Abia State from the evil trips of the Orji Uzor Kalu family, Theodore Orji’s coming as the governor became an unexpected blessing to the people of Abia State – and an unexpected curse to the Orji Uzor Kalu family. And for this reason, Orji Uzor Kalu’s family and their hired guns have become unrelenting in their attacks on the person of the governor – and on the state in general. This is not minding that the governor had gone ahead to launch the rebirth of a modern Abia State through the erection of a new secretariat befitting of a state capital, a modern diagnostic medical facility capable of handling dialysis patients to the tune of over 60 per month at the subsided cost of less than N23,000 per session. 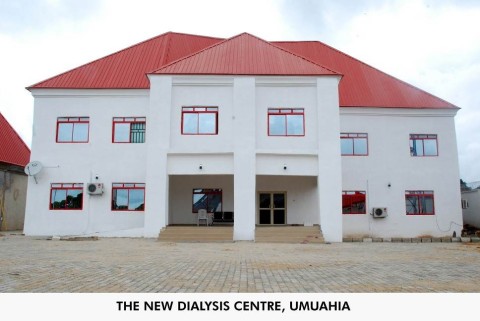 Also – the erection of three ultra-modern markets in the Umuahia vicinity and a befitting housing units for the traders to purchase at heavily discounted rates.  – the erection of housing units befitting civil servants of the Abia State civil service and the revamping of the judiciary systems by ensuring court cases are attended to in a timely and humane manner – this the governor achieved by increasing the High Court infrastructural capacity. 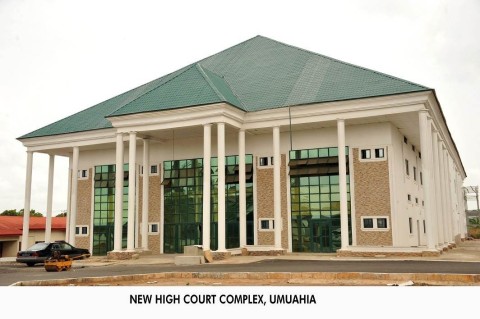 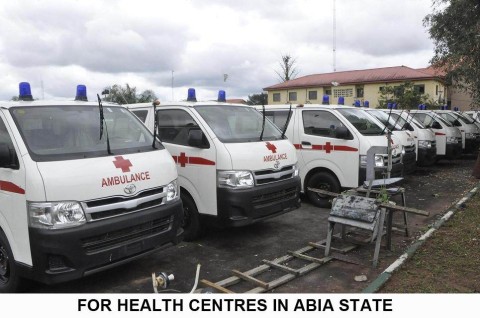 The transportation system in Abia was also revamped and given a new look. The transportation was streamlined to mimic what is found in New York or Florida – where all the taxis are identifiable and fares uniformly administered. Over 2,000 Toyota Sienna were procured and handed out free to qualified taxi operators [youths] as part of the Ochendo youth empowerment program. In furtherance of the youth empowerment program, the Theodore Orji administration has erected and equipped an e-library – which is at par with the types found in 1st world countries.

But the Orji Uzor Kalu boys refuse to relent.

In one of their litany of attacks on the person and administration of the Governor, a one ‘Olaniyi Olayinka’ wrote in a piece titled “Orji Continues To Rape Abia”, he attempted to paint the governor a rapist but a careful read through his write up showed anger and just odored anger without edible substance. He began his diatribe with “Permit me to point out the following observations I have made in Abia State. They are about the governance in that state and the trick that Governor Theodore Orji and his aides are spreading everywhere”. But in his 729 worded write up he managed to tell some fibs and dangerous fabrications. The rest of the write up dwelt on insulting the Information Commissioner and the Federal Minister of Information. 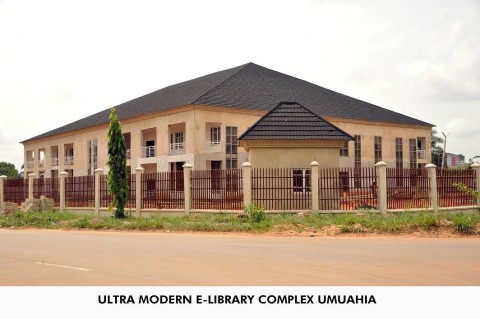 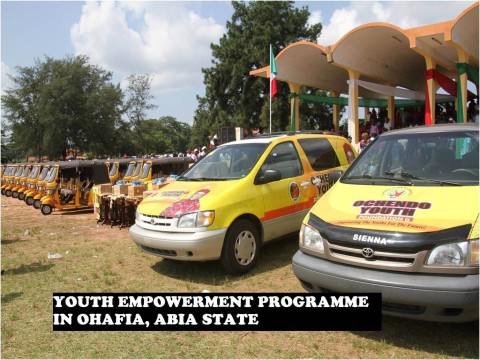 Here him, “the Umuahia Central Market which they said that they have converted to a large environment at Ubeku Ubani, is where a trader pays over N450, 000 for just a shop for one month. The government in Abia State and its agents would call that money ‘just N450, 000.’” – A lie worth its value in the sewer. From the official records, each store was given away to the traders at N300,000 with a down payment of N72,000. In addition, an open area for those who cannot afford a store at the market was made available. Also, the market was equipped with 10 water boreholes and 11 motor parks – 17 restaurants are in built in the market. Shuttle buses that cost N50 each were provided and subsided by the state government to ply to and fro into town from the Market. Located next to the market is a 1600 housing units for the traders – the 1st set of units will be ready by August 2014. The market is reportedly the biggest in terms of size in the south east.

He continued to add that “it is a known fact that the government of Orji occasioned hardship in the cause of leadership. Commercial activities are dead in that state owing to the unconcerned approach of the governor to rebuild the state in reality order than rebuilding it on the media.”  But little does he know that the Abia State of Orji Uzor Kalu is no more and belongs in the past. Using the Internally Generated Revenue [IGR] as a marker for the status of economic activity, then it may be clear the Theodore Orji Administration have increased economic activity and has reduced hardship on the people of the state. The IGR which was below 250million monthly increased to N500million monthly as a result of increased economic activity under the Theodore Orji administration. This fete was achieved while outlawing the touts and fake tax collectors who would normally harass and collect illegal taxes from innocent traders. Now, Abia government pays the highest minimum wage in the nation at the tag of N20,000 monthly. 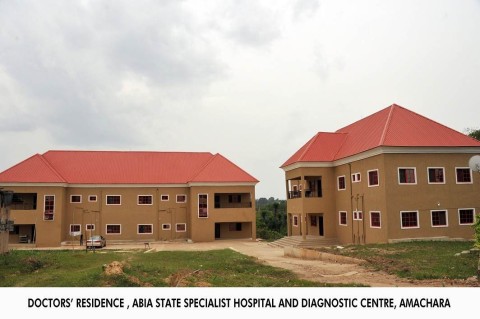 But the Orji Uzor Kalu attack boys may have little choice in halting the unrelenting and empty netted attacks on the governor of Abia State. What appears remnants of the evil dreams of their master for the state seems to have been tossed into the dustbin of time as a result of the timely intervention of the governor to wrestle away Abia State from the grips of their master. 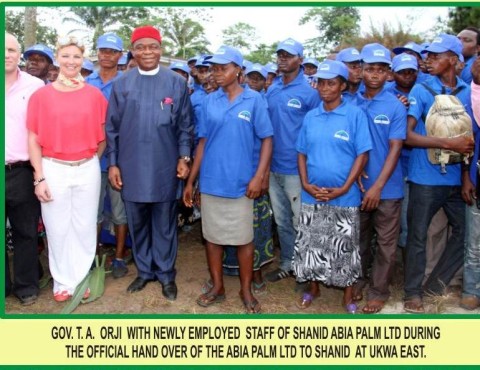 Orji Uzor Kalu should call his attack dogs home – away from the governor. It is only fair to Abians that he do so.