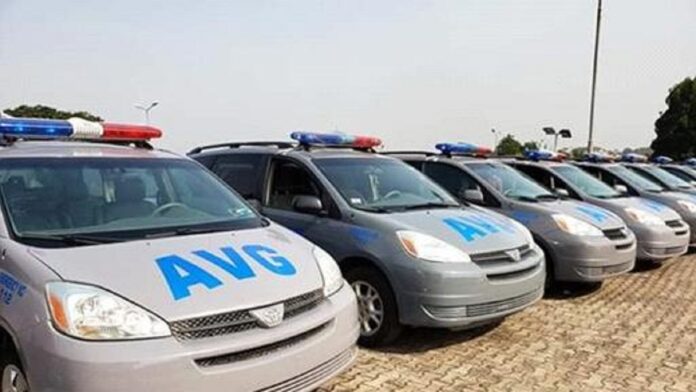 . lauds Obiano for his security passion

No fewer than N10 million was raised by Azia community in Ihiala Local Government Area of Anambra state at the inaugural ceremony of Azia Unit of Anambra Vigilante Group (AVG).

At a mini-launching organized by the community at the inaugural ceremony which took place at Azia Ultra-Modern Civic Centre, the community provided N7 million, a patrol vehicle, seven motorcycles and seven walkie talkies, while Deputy Speaker of Anambra State House of Assembly, Hon. Paschal Agbodike and Chairman of the occasion, Eurial Chukwubundum donated N1 million each.

Presenting the money and equipment in the presence of a special guest and Chairman of Anambra State Vigilante Supervisory Committee, Chief Ikechukwu Ayo Aduba, a retired Commissioner of Police,  President-General of Azia Town Union, Dr. Nwabueze Tonna explained that the measure was to revitalize their security architecture and make it fruitful and  result-oriented.

Flanked by some prominent personalities, some of whom were indigenes of the community, Major-General Lazarus Ilo (Rtd), Chief Uzama Okpaleke and Hon. Patrick Ugbaja, Tonna further explained that the community was desirous to key into the state government’s resolve to maintain the status of the state as the safest in the country in terms of security of lives and property.

In his speech, the Ogilisi of Igbo land, Chief Rommy Ezeonwuka, noted that all hands must be on deck to ensure that criminals do not resurrect in the state.

Ezeonwuka who is also the Chairman of Anambra State Vigilante Welfare Committee, Anambra South Zonal Coordinator of AVG and Special Adviser to Governor Willie Obiano on Vigilante Matters,  praised the community for resisting hoodlums from burning down their Police Station during the nationwide #EndSARS Protests and charged other communities in the state to endeavour to emulate them in their own interest

Responding, the Chairman of the State Vigilante Supervisory Committee and Senior Special Assistant, SSA to the Governor on Vigilante Matters, Chief Ikechukwu Ayo Aduba, a retired Commissioner of Police, commended Azia Community for their bold security initiative and presented AVG pamphlet containing their Code of Conduct as guidelines for their future operations.

Aduba urged communities in the State to emulate Azia and come up with effective security initiative as according to him,  government cannot do it alone due to other pressing State matters.

The AVG boss therefore urged AVG members in the State to not only work harder this Christmas Season but to avoid conduct capable of tarnishing the good image of the security organization, even as he promised that his men are ready to train security operatives for any willing communities.

The Deputy Speaker, Hon. Agbodike, in his remarks, observed that kudos must be given to Governor Willie Obiano who he noted has tirelessly worked towards making Anambra one of the safest states in the Country.

He therefore urged wealthy sons and daughters of the state to lend support to their respective AVG Units to ensure maximum co-operation.

meantime, the chairman of Anambra North Vigilante Services, Chief Chinenye Ihenko (Okpompi) has warned illegal revenue collectors and other criminal elements to leave the entire commercial city of Onitsha and its environs or have themselves to blame.

Ihenko noted that the activities of some illegal revenue agents and criminals who have been terrorizing customers in Onitsha have become too inexplicable that the AVG can no longer afford to fold its arms and watch them scare the customers away from coming down to Onitsha markets to buy their goods and services.

Distancing himself and his men from such an act, he declared: “If anyone finds out that I, Okpompi, is one of those sending out those illegal toll collectors, I should be made to face the music, just like any other one found involved in the illegal act”.

Ihenko who spoke to newsmen in his office, yesterday shortly after the visit of the task force, disclosed that he had already addressed his men to brace up for the challenges ahead, particularly during the forthcoming yuletide season, adding that he had equally cautioned his men to be civil in carrying out their legitimate duties and to avoid misuse of firearms or manhandling persons unnecessarily.

“I have told my men to be careful because people are already psychologically deranged as a result of the COVID-19 lockdown and the EndSARS protests which made it possible for some people to become walking corpses looking for someone to die in their hands”.