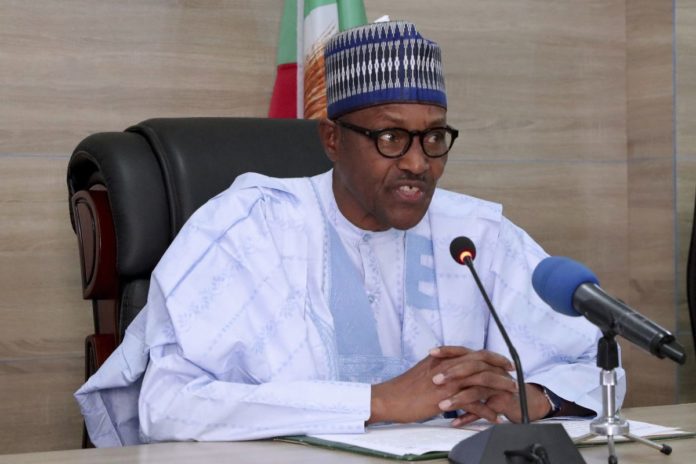 The Senate on Wednesday debated the Finance Bill transmitted to the National Assembly by President Muhammadu Buhari for consideration and passage into law.

The bill which was sponsored by the Senate Leader, Yahaya Abdullahi (APC – Kebbi North), scaled second reading after consideration and referred by the Senate President, Ahmad Lawan, to the Committees on Finance; Customs; Trade and Investment; and Public Procurement for further legislative work.

Leading debate on the bill, Senator Abdullahi said, the estimates contained in 2021 Appropriation Bill was based on the provisions of the Finance Bill.

According to the lawmaker, additional revenues accrued as a result of the passage of the Finance Bill would be used to fund health, education and infrastructure programmes in the national budget.

“This bill seeks to among other things amend the flowing tax provisions and make them more responsive to the tax reform policies of the Federal Government and enhance its implementation and effectiveness,” he said.

Speaking on amendments contained in the piece of legislation before the upper chamber, Abdullahi disclosed that the Capital Gains Tax Act has an amendment to Section 36(2) of the CGTA to the extent that exemption on tax liability for compensation for loss of office which was hitherto limited to N10,000 is now extended to N10,000,000.

“It also provides for a new Section that no tax shall apply to any trade or business transferred to a Nigerian company for the purposes of better organization of the trade of business. This tax exemption is however not applicable if the acquiring company subsequently disposed of the assets within one year of acquiring same,” Abdullahi added.

Also, the lawmaker noted that Section 49 of the Personal Income Tax Act was amended to make provision of Tax Identification Number mandatory for persons intending to open a new bank account for purposes of business operation or for continuation of operation of such bank account.

According to him, the mandatory requirement for tax identification number is for accounts being operated for purposes of business transactions.

He further that a new section 8 of the Value Added Tax Act, was introduced to cater for the registration of a taxable person upon commencement of business.

On ensuring compliance with Value Added Tax requirements, he added that a new section 15 was introduced to make it compulsory for companies with turnover of N25 million or more to render their tax on or before the 21st of every month.

The amendments contained in the Finance bill, according to him, are “essential to intensify the revenue generation efforts of this administration and its commitment to ensuring that the inconvenience associated with any fiscal policy adjustments, is moderated, such that the poor and the vulnerable, who are most at risk, do not bear the brunt of these reforms.”

“It is imperative that the Nigerian tax legislation is updated frequently to respond to the challenges of today’s business environment which therefore underscores the importance of the Finance Bill 2020.

“The Finance bill is intended to support the funding of the 2021 budget. The Finance Bill contains several long-awaited changes to the tax framework which seek to address issues of low tax revenue growth, such as increase in the VAT rate and the introduction of tighter deductibility rules.

“In view of global economic and tax trends, the Finance Bill also seeks to modernize the Nigerian tax system by incorporating recommendations of the OECD on taxation of the digital economy and profits earned by non-resident companies.

“Nigeria will this be one of the few early adopters or globally relevant tolls for tracking and harnessing tax revenue from economic activities that occur within our fiscal community”, the Senate Leader said.

Abdullahi emphasised that while the Finance Bill seeks to provide a boost to small and medium scale enterprises by reducing their tax burden, It also seeks to replace existing tax incentives with more targeted incentives to stimulate economic activity in the capital markets and infrastructure sectors.

“The Finance Bill will amend several numerous tax provisions which have impeded investment in Nigeria, such as the complex insurance tax rules and the excess and interim dividend tax rules that limit the dividend available for distribution to shareholders as contained in the Companies Income Tax Act.

“Overall, the provisions contained in the Finance Bill are intended to incentivize economic activities to stimulate GDP growth and facilitate increased in the revenue generated,” he added.

Contributing to the debate, Senator Smart Adeyemi (APC – Kogi West) proposed that amendments to the Finance bill should be made to allow the Federal Government access stolen funds abandoned in commercial banks by unknown depositors to fund the 2021 budget.

“I want to say Mr. President that tax, especially established tax system, is one of the most reliable means of government generating revenue to meet the needs of the people.

“Mr. President, in this country, when this government came into power, and came with the enforcement of the Bank Verification Number, there are billions of naira in Nigerian banks today that are idle funds.

“These funds are ones that those who deposited them can no longer go there to take these monies. They are in trillions, and that explains why some large sums of money were discovered to have been buried somewhere, and I think the man died that was why they were able to expose such funds.

“Mr. President, if our nation decides to take its search light to Nigerian banks, you’ll see idle funds, some of them were siphoned by people who are dead, and others by people who lack the courage to come out and claim these monies.

“These monies are in the banks. The banks are not talking, and they are living fat on these resources that belong to all of us.

“I think this bill must take into consideration the fact that we have billions in banks stuck there, that are stolen monies. I think there’s a need for us to examine that aspect”, Adeyemi said.

The lawmaker also advised the Upper Chamber to consider the introduction of property tax as way of shoring the country’s revenue profile.

On his part, Sulieman Abdu Kwari (APC – Kaduna North) kicked against the use of unclaimed funds domiciled in banks to be accessed to fund the budget.

According to him, doing otherwise would be counter-productive and serve as a disincentive to investment in Nigeria.

“These are funds whose ownership has been established, though not claimed by the real owners.

“It would serve as a disincentive to Investment, because these funds running into over N15 trillion are huge, and if allowed to be used to fund our budget, when the owners of these funds come to claim them, there might be some bureaucracy involved and finds not readily available to them.

“It will serve as a disincentive to investment, and we are trying to attract more foreign investment. Anything that would seem to be counter-productive to attracting funds for productive use in Nigeria should be discouraged.

Another lawmaker, Senator Aliyu Sabi Abdullahi (APC – Niger North) said the Finance Bill, if passed into law, would provide an economic system that is responsive.

“One aspect that this bill seeks to attend to, is to enable us tackle the issue of job creation through improved economic growth, and of course, mobilizing more domestic revenue to ensure there is infrastructural development,” he added.