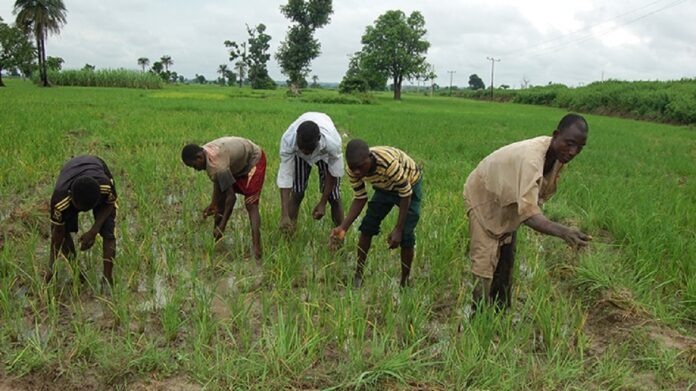 Like the home the owners apply for certificate of occupancy, in Nigeria farmers are expected to apply for what could be described as “farming permit”. This is where we found ourselves. The fact that the government of the day has seen farming as an alternative window to diversify the Nation’s economy which is on a danger line.

It has failed to guarantee the safety of these hunger fighters. You closed the Nation’s land borders to prevent inflow of foreign rice. The local farmers left for the farms to fill in the gaps, they are probably not doing this to buy luxurious cars or build the tallest building rather they are simply contributing to the food security.

Beside the ridges, their throats were slit, their lifeless bodies were given mass burial. They can’t tell their offense but certainly they are victims of a failed system. I am yet to read or hear about a country where farmers or citizens apply for security clearance before farming, what happened to our right to live?

In Nigeria, 43 farmers, as reported, were killed in cold blood in Zabarmari, Borno state. Meanwhile, in its heartless comment, the Presidency through Garba Shehu, a senior Special Adviser to President Muhammadu Buhari condoling  Nigerians described the massacre as senseless, barbaric, gruesome and cowardly. He posted on his verified Facebook page that “As we mourn all the lives lost in Zabarmari, the Armed Forces have been given the marching order to take the fight to the insurgents, not on a one-off, but on a continuous basis, until we root out the terrorists.”

Garba added that those farmers didn’t get military clearance to go to the fields.  Clearance? The statement added more salt to our injury. Then, The Chief of Army Staff Lt. Gen Tukur Buratai replies critics, saying terrorism may persist in Nigeria for 20 more years. Imagine, the number one among the military saying this. Who is feeding fat in this war? It could have been simply put as “killings will last for more 20 years. It simply means that the Military has given up on its responsibilities.

Do we all need personal guns or we resort to self-help on securing ourselves?

Also, the Information Minister, Lai Mohammed also claimed that Boko Haram is badly degraded, saying it could only attack defenceless people. I hereby urged the president and the presidency to do all it takes in saving and securing the lives and property of Nigerians.

The government of a general which has security as one of its themes is not finding easy. Under it, bandits now move freely, go to market and purchase things and wait for their balance unchallenged, according to the Sultan of Sokoto.

Obviously, the clearance to be a farmer or to move to any part of this Country presently is death warrant. A death warrant perhaps from officers of the law who have failed to protect us through their weapons but feel that a paper clearance could. Secure the North and end malevolent.