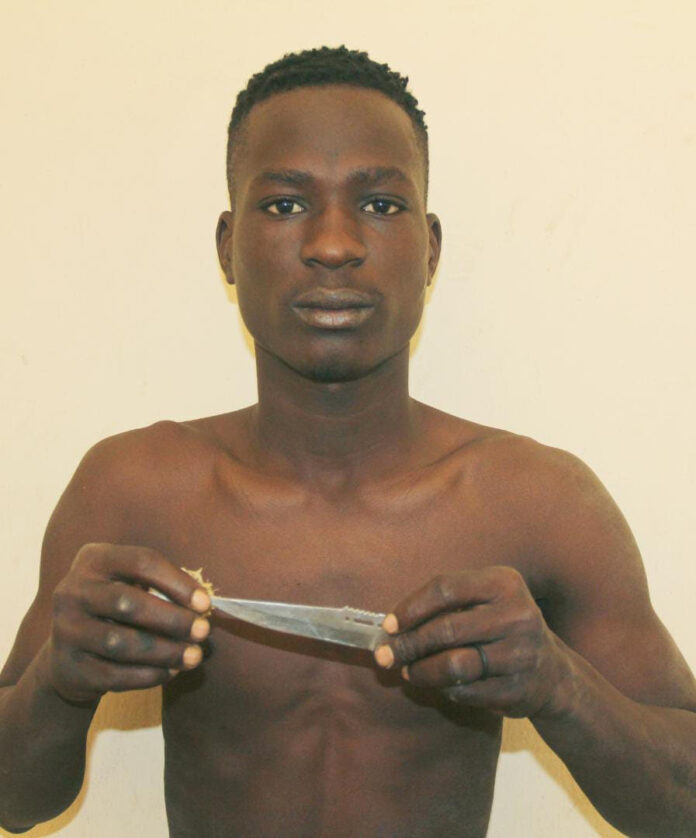 Advertisement
From. Ahmad SAKA, Bauchi
Bauchi State Police Command have arrested Kamaluddeen Musa ‘m’ 22yrs-old, a student of Adamu Tafawa Balewa College of Education Kangere-Bauchi LGA, of the State for killing his friend and a fellow student of the same school for an outing without his knowledge.
SP Ahmed Mohammed Wakil,
Police Public Relations Officer, of the command disclosed this to reporters in Bauchi,  He said “On 28/11/2022 at about 1300hrs, information available to the Command revealed that on the same date at about 9:15am Kamaluddeen Musa stabbed his friend Usman Umar ‘m’ aged 25yrs-old of the same address with a sharp knife in his stomach.”
Wakil said whe Police arrived at the scene, the Police detectives evacuated the victim to the Specialist Hospital Bauchi where the victim was certified dead by a medical doctor, while the suspect was immediately arrested.
He said “Preliminary investigation revealed that both the suspect and the victim were friends and final-year students of Adamu Tafawa Balewa College of Education Kangere Bauchi LGA, Bauchi State. that on the 28th November 2022 at about 0915hrs, a little altercation broke between them when the deceased bewailed that the suspect went on an outing without notifying the deceased, this led to a physical confrontation which inflicted injury to the thump finger of the suspect, on the process the suspect drew a small knife from his pocket and stabbed the deceased in his stomach and it was corroborated by the two eye-witnesses; Musa Danjuma ‘m’ aged 22yrs and Nawasi Sadi ‘m’ aged 20yrs all student of the same school. As the investigation continues to explore other facts of the case”.