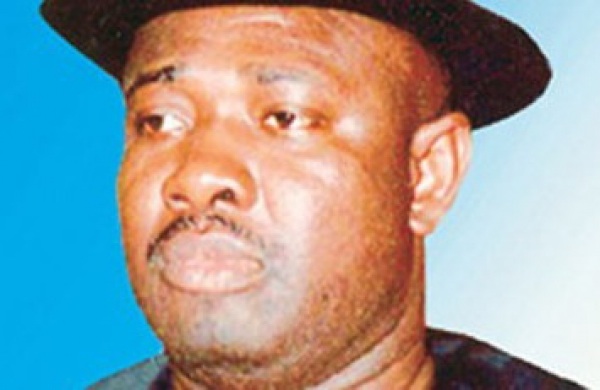 The nomination of Senator Heineken Lokpobiri as ministerial nominee by the All Progressives Congress (APC) to represent Bayelsa State, has continued to generate more tension among the intelligentsia in the State.
The Bayelsa Solidarity Forum has therefore called on the National Assembly to replace him because of his questionable political antecedents “both as a former Senator of the Federal Republic of Nigeria and Speaker of the Bayelsa state House of Assembly.
“It is on this premise, that we are calling on the leadership of the National Assembly to have a re-think over the nomination and the screening of Lokpobiri. If truly the APC stands for what it has been professing, the name Lokpobiri shouldn’t have come up in the first instance, let alone sending it to the Senate for ratification”, the BSF said in a petition by its Secretary, Godspower Belekumo-Davidson , to the National Assembly.

The group catalogued the sins of Lokpobiri against Nigerians and the people of Bayelsa State both while in the State House of Assembly and as Senator of the Federal Republic.

Belekumo-Davidson said, “For record purposes, Heineken Lokpobiri was elected as a member of the State House of Assembly in 1999 and subsequently became its first speaker but was later impeached in 2002 for gross financial misconduct.

“Also, he spearheaded the bombing of the administrative wing of the State House of Assembly complex. He was on self imposed exile in Port Harcourt, Rivers state for many years. This was done in a bid to escape police arrest.

“In 2011, Heineken Lokpobiri contested on the platform of the Peoples Democratic Party (PDP) but he lost to the Labour Party (LP) candidate, Rt. Hon. Perembowei Ebebi, who was the clear winner of the election.

The then chairman of Independent National Electoral Commission (INEC), Prof. Attahiru Jega, had on national television called for the arrest and prosecution of Senator Lokpobiri who was caught with a ballot box during that National Assembly election that was conducted by INEC on April 9, 2011.
“Jega said, ‘a Senator is to be prosecuted by INEC for electoral malpractices. The senator commandeered corps members and election materials to his house. We are discussing with security agencies about having him apprehended and prosecuted.’

“When Ebebi appealed to the court, a horde of miscreants sacked the court and destroyed court documents. Matters became worsened. In some amazing abracadabra, whereas the law court wanted Lokpobiri prosecuted, he somehow managed to wriggle himself out of trouble and was declared the eventual winner.

“ During the December 7, 2014 primaries, drug-inebriated thugs tried to disrupt the national assembly primaries of the PDP in Sagbama but were repulsed through the timely intervention of law enforcement agents. This has since been followed by reprehensible attempts to suborn the courts to subvert the course of justice and to obtain judgement through the back door. The self-styled “Hitler of Ekeremor politics” is living true to the sobriquet he is so proud of. For him politics is war by some other means and all is fair in war.

“The security report at our disposal revealed that Lokpobiri has recruited some thugs from Ekeremor end of the State to unleash violence during the governorship election slated for Saturday, December 5, 2015. To carry out the dastardly act, over 50 speed boats have been bought.

“The list of his nefarious acts is endless. That is why we are surprise that people like Lokpobiri could make the list of our respected President, General Muhammadu Buhari.
As a body, the issue that we are raising is neither personal nor political, it is in the interest of the entire Ijaw nation. While other states are well represented, we will not fold our hands by allowing Lokpobiri to represent our interest.

“The National Assembly should ask him, as a senator representing Bayelsa West senatorial district, what impact as he made. We are saying no to the candidacy of Lokpobiri. We have credible people, even in APC that can represent our interest.”