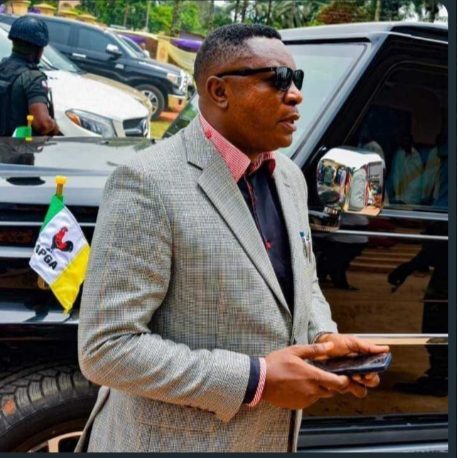 Mr. Christian Aburime, the Press Secretary to Anambra State Governor has described as a “worthless trash”, the report alleging that his principal, Prof. Chukwuma Charles Soludo collected a whopping bribe sum of twenty-eight million dollars ($28m) to pull down the presidential candidate of the Labour Party, Mr. Peter Obi.

It would be recalled that a report captioned “Gov. Charles Soludo Exposed: How The Governor Received $28 million Dollars Cash to Pull Down His Brother, Peter Obi” purportedly written by one T. K Ekudayo, started trending over the week, alleging that the presidential candidate of the All Progressive Congress (APC), Ahmed Bola Tinubu engaged Gov. Hope Uzodimma of Imo State to run down Obi’s reputation; while Gov. Uzodimma, in turn, recommended Gov. Soludo as the best man to ‘handle the contract’.

The job, according to the report was to deflate and damage Obi’s reputation in his home state, send the Obi-dient Movement out of the social media space and silence them forever.

The report further alleged that the said contract was thereafter transferred to Gov. Soludo who initially declined to do such thing to his own brother, but eventually accepted to do the job, to the tune of $28m.

However, while speaking with 247ureports, Mr. Aburime, in his reaction, described both the report and the allegations contained therein as trash and puerile lies from the pit of hell, which do not worth any attention or response.

While refuting same as another failed attempt from mischief makers and faceless hatchet jobbers who are bent on distracting Soludo’s government and damaging his reputation; Aburime noted that the Governor remains focused.

He further advised the members of the public to disregard the report as a mere trash and keep supporting the government of Soludo.