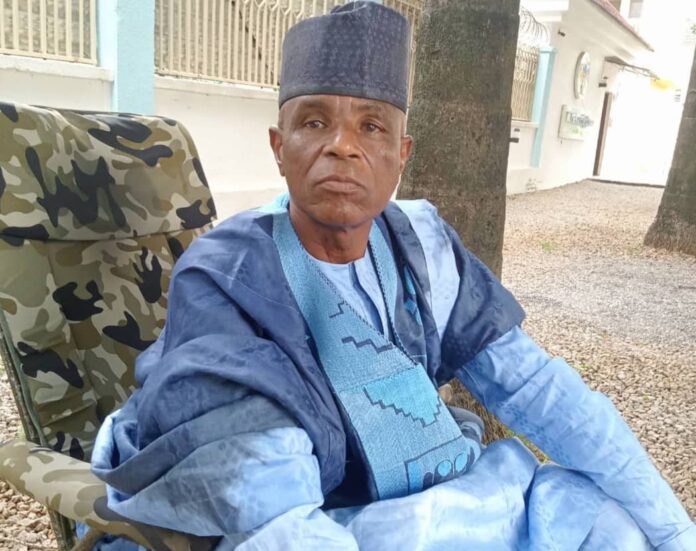 Gololo the All progressive congress ( APC), chieftain, also the coordinator of the North – East pressure group, made the call in Abuja , on Thursday while briefing the press on the outcome of the court of Appeal ruling which uphold the candidature of senator Aishatu Binani, in Adamawa state.

“I want to also appeal to the All progressive Congress ( APC), presidential candidate Asiwaju Ahmed Tinubu and his running mate Kashim Shetima to immediately take advantage of this ruling by calling all the parties to order.

Dr. Gololo also called on Nuhu Ribadu, to put the outcome of the primary behind him in the interest of the party.

“It will not do Nuhu Ribadu or the APC any good to continue on the warring path, the election is almost here. Binani should as a matter of fact remain focus and embrace all the parties. The Verdict is a victory for the party and members of the APC in the state.

The Court of Appeal in Yola on Thursday upheld the governorship candidacy of All Progressives Congress candidates, Emmanuel Bwacha and Aishatu Ahmed also known as Aisha Binani for Taraba and Adamawa states respectively.

The Appeal Court set aside a ruling by the High Court nullifying their candidacy and ordered that their names be forwarded to the Independent National Electoral Commission as the APC governorship candidates for both states.

In the court’s sitting presided over by a panel of three justices of the Court of Appeal, which had justice T. Y Hassan as the presiding judge and two others, Judge M. O. Bolaji and J. G. Abundaga, as JCA 1 and JCA 2.

The Federal High Court in Yola, Adamawa State, had on October 13, nullified the candidature of Binani as the governorship candidate of the APC in the state. Based on suit FHC/YL/CS/12/2022 filed by another APC governorship aspirant in Adamawa, Nuhu Ribadu, the court declared Binani’s candidature invalid and unlawful.

Dissatisfied by the court ruling, which refused to order a fresh primary that would have enabled him, contest the governorship,  Ribadu filed an appeal in suit NO.CA/YL/203/2022 between him and All Progressive Congress and two others.

However, the court in it’s ruling on Thursday dismissed the appeal filed by Ribadu but allowed Binani’s appeal seeking to overturn the judgement given by the Federal High Court presided over by Justice Abdulaaziz Anka.

Similarly, This medium sreported on September 20, 2022 that the Federal High Court sitting in Jalingo, and presided over by Justice Simon Amobeda, nullified the governorship primary election that produced Senator Emmanuel Bwacha, as the candidate of the All Progressives Congress in the 2023 election.

In his ruling in the case filed by one of the governorship aspirants, David Kente, the judge directed INEC to conduct a fresh governorship primary in the state within 14 days.