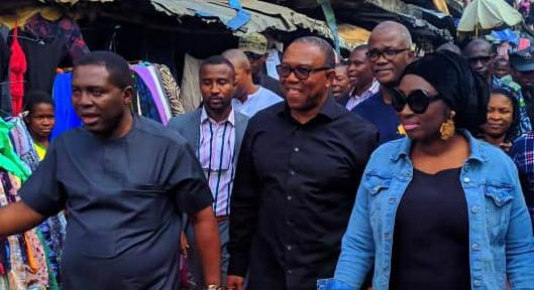 Today, we condemn in its entirety the repeated and dirty campaigns being carried out against Mr. Peter Obi supporters in Enugu by some elements on the payroll of Enugu State chapter of the Peoples Democratic Party, PDP, pretending to be Biafra agitators

We in the All Progressives Grand Alliance, APGA, have always believed that democracy allows freedom of association and expression. It is condemnable that while the rest of the country is working to create a better Democratic culture, Enugu States seems to be trying to fully return to the days of political violence, murders, and full suppression of opposition and alternative opinion

In the past Enugu State PDP has sponsored attacks like the ones at Awgu and Aninri against their own members and similar incidents occurred during the last local council elections in the State.

The elections of 2023 in Enugu will be for whom the people choose, no longer the usual jamboree of favoritism.

The parties should focus on selling their candidates, instead of disrupting the activities of other parties in Enugu.