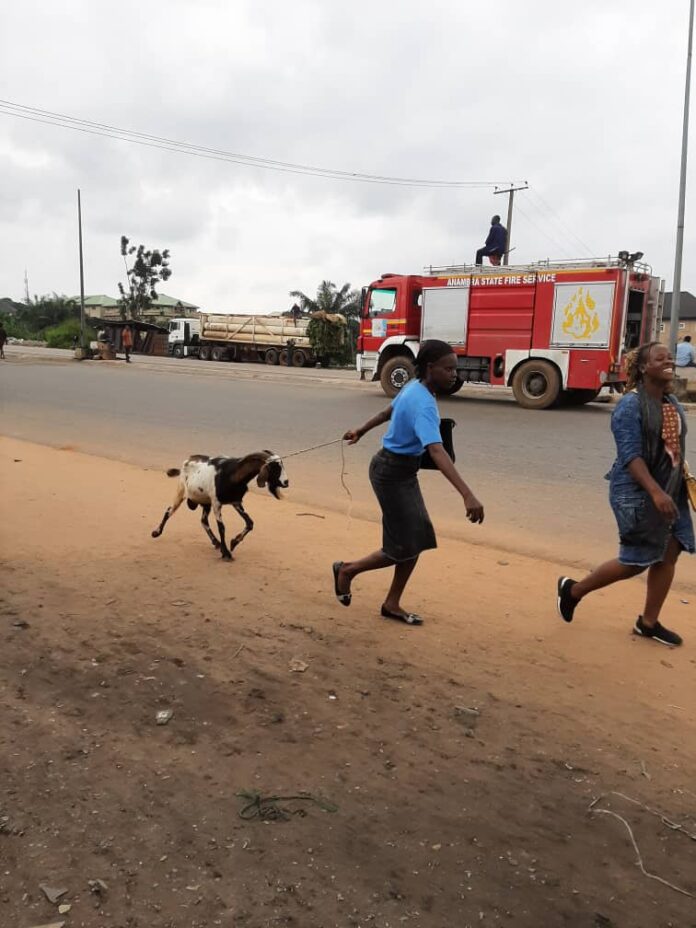 The Federal Road Safety Corps (FRSC) Anambra State Command, and the Anambra State Fire Service have revealed that adequate safety has been restored at the scene where cooking gas is leaking in the commercial city of Onitsha.

Recall that a tanker conveying cooking gas on Tuesday started leaking, which made the driver to park the truck at a location known as “SISTER”, which is between Building Materials and Tarzan Junction in Onitsha. The situation also led to the total blockage of the road, preventing vehicular movement from both lanes, so as to avoid sudden fire outbreak from resulting from the scene. 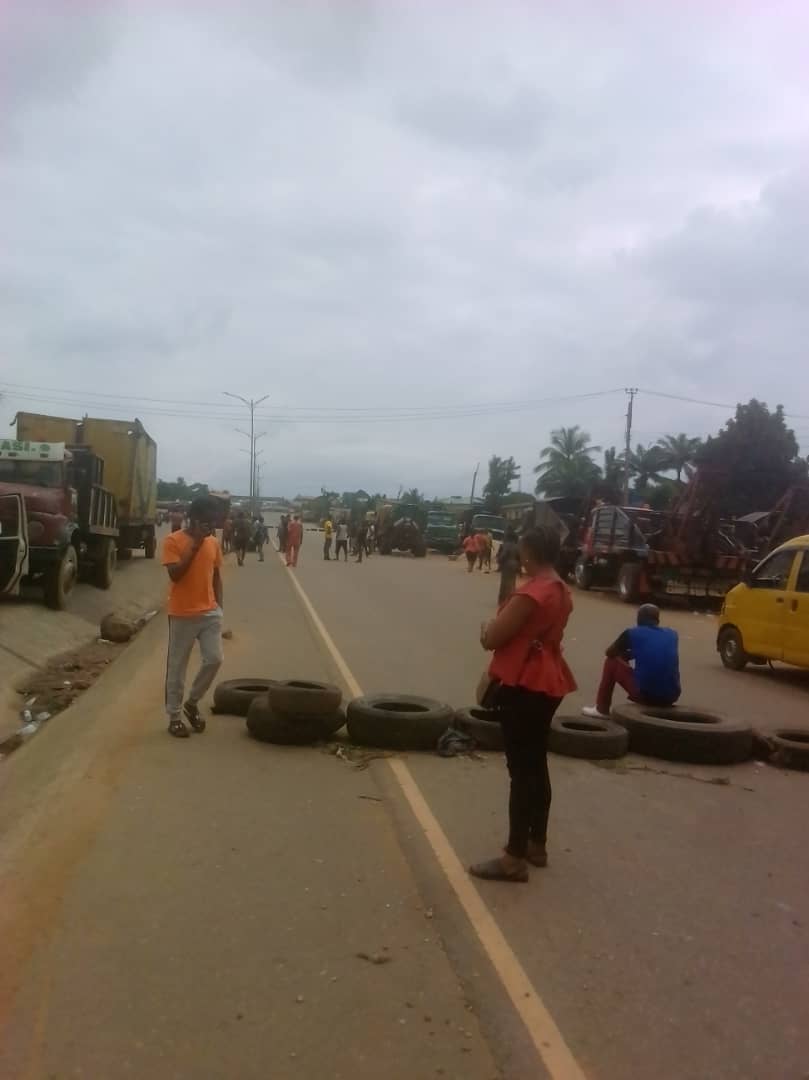 Although the the registration number of the tanker was not seen, it was gathered that there’s an inscription (Takl-183) on the said tanker.

Consequent upon these, vehicles other than tankers and trailers were seen diverting from tow gate drive, against traffic, to Building Material Junction, towards Ogbunike, to Old Road.

A visit to the scene during the day time showed officers of the FRSC controlling traffic at the location and ensuring adequate safety; while personnels of the State Fire Service were also seen with their fire trucks, keeping watch and mounting surveillance over the situation, to prevent or tackle any unforeseen circumstances that might arise therefrom

Commenting on the situation, the Fire Chief, Anambra Fire Service, Engr. Martin Agbili, said: “At about 0845hrs (8.45am), Anambra State Fire Service, received a distress call of leakage of Compress Natural Gas (CNG) in one of the cylinders along Onitsha—Enugu Expressway, very close to Tarzan Junction, Onitsha.

“Immediately, we deployed our fire trucks and firefighters to the incident scene for fire control measures.

“With the synergy of other sister agencies, the expressway was barricaded to avoid any atom of ignition that may lead to fire outbreak. Motorists were also diverted to use other roads for safety purposes.”

Engr. Agbili further attributed the cause of the leakage to a faulty valve.

“The valves of one cylinders developed fault as the leakage emanated from there.

“Our chemical foam compound has been applied to neutralise its effect of causing fire as we standby and wait for proper trans-loading of the product.

“Although, the situation is under control, but motorists are not yet allowed to take that route,” he added.

Howbeit, in a latest update from the desk of the FRSC, Anambra State Command, it was revealed that the said gas tanker had been safely removed from the scene.

According to a most recent statement issued at about 1830 hrs by the Ag. Sector Public Education Officer of the FRSC, RC Margaret B. Onabe on behalf of the State Sector Commander, CC Adeoye Irelewuyi, vehicular traffic congestion is gradually reducing in the area, while normal traffic flow is expected in due time.

“The tanker carrying cooking gas that led to traffic congestion along Onitsha- Awka and Awka- Onitsha- Exp. way has been removed.

“Vehicular traffic congestion is gradually reducing, and normal traffic flow is expected in due time,” the statement reads. 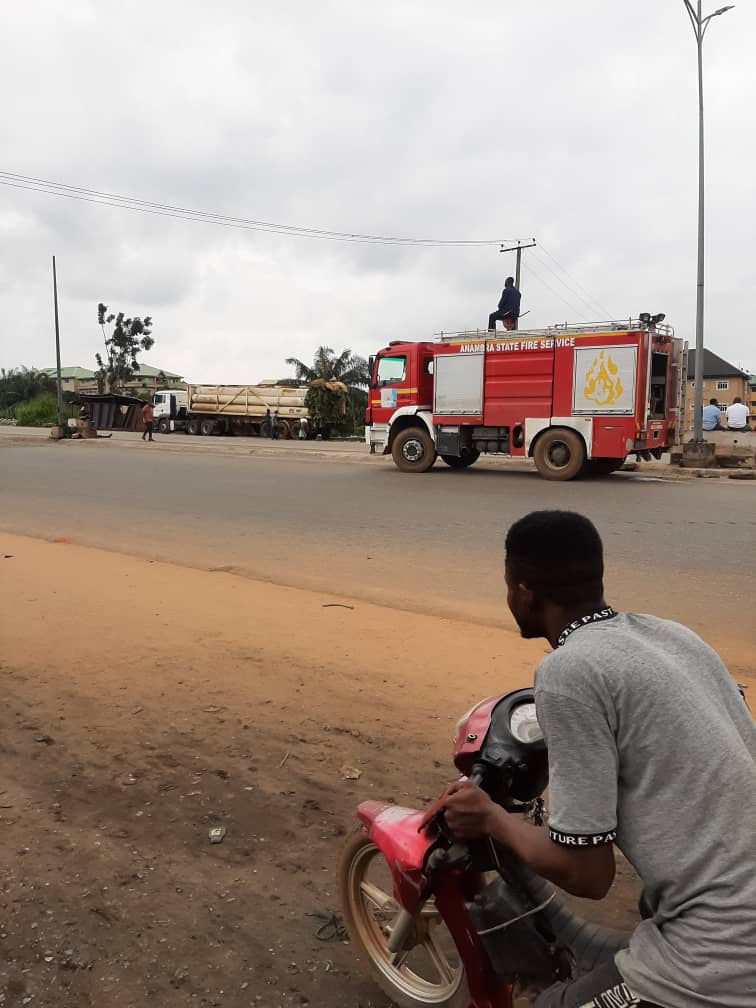 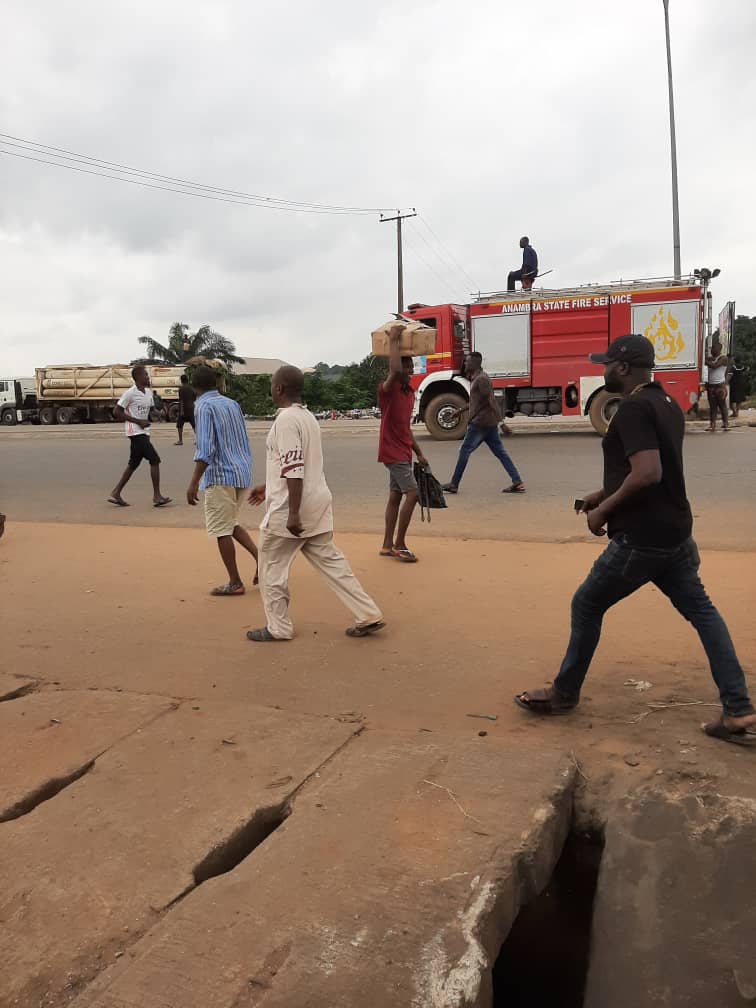