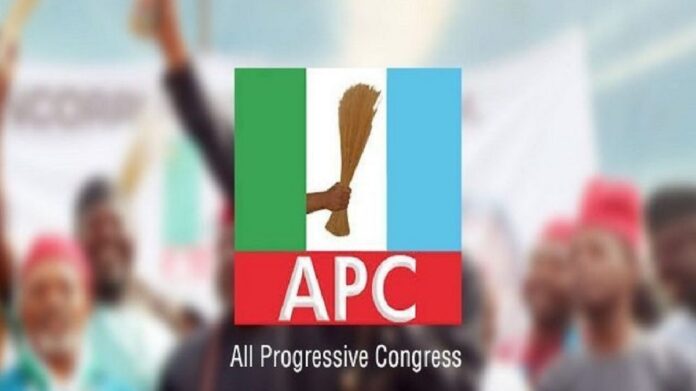 The continuing mass exodus of APC strong and average members to a ruling PDP of Governor Bala Mohamed is not only worrisome and challenging but; a big threat to the party that determine to unseat an experienced political governor who is serving his first tenure in office.  Day by day, the unfolding circumstances revealing itself that will affect the chances of a longest serving chief of air staff Sadique Baba’s  who is set to flag off the Buhari’s APC  governorship ticket in the forthcoming 2023 general elections.

Unarguably, the political atmosphere in Bauchi state has taken undefined moment for various political parties eyeing the juiciest position from a first timer governor, who is also hoping to retain his position after losing the presidential ticket under the platform of his national opposing party, the PDP to a heavy weight political juggernaut Atiku Abubakar in one of the most peaceful special presidential convention. Until, subsequent victory of Atiku Abubakar as the presidential standard bearer of the PDP, the APC in Bauchi state where hopeful and affirmative on the chances of winning the governorship elections considering the then PDP governorship candidate Barrister Kassim Ibrahim, the incumbent secretary to the state government of Bala Mohammed’s due to his naivety and little political experience and hos possible acceptance from the general public. Though, his professional career  as a lawyer and    entrepreneur would be a pedal for him to flag-off the PDP’s ticket in the absence of his boss governor Bala Mohamed, but all of a sudden;  he willingly resign from the 2023 governorship race which later lead to another primary election that produced Governor Bala Mohamed as    the PDP guber candidate. Since then, the narrative began to change for various political parties who dreamt of reclaiming its lost position. The situation at the moment seems to be like a magic. The number of successful APC members in Bauchi state are quitting the party for many reasons outline by some of the decampees whilst other decide to remain mute after saying a goodbye to the party they largely contributed to its merger in 2015 but now they are no longer sees or recognize at something not to talk of being attached to the party’s name.

The multiple number of problems breeding itself in the APC, specifically Bauchi state is the reason why Governor Bala Mohammed is comfortably focusing on his roads and housing commendable housing projects instead of usual stoppage or diversion of mind to politics or politicking at the expense of the masses that usually suffers setbacks when sensation and brouhaha is going on.  From the first place, the APC in Bauchi state is suffering from dementia that will lead to another four years of power loss if not hurriedly addressed as it stops it from reclaiming it lost mandate in 2019 to the PDP. Imagine the way the party is handling the persistent wrangling and arising challenges in the state they optimally hope to unseat? Does the dementia of the party’s leaders regain conscious from few rogues fooling the leaders and the party’s candidate from deceptions?

Pundits are of the thoughts, Sadique from the first place being the Bauchi APC candidate has to restructure his existing team that is filled with pompous, half-baked and riff raffs pretending to be his loyalist while in disguise they are destroying his plans to wrestle power from the ambitious first timer governor who is making a difference in governance and service to humanity despites dwindling global economy. The way APC is watching or dreaming of unseating a government by imagination or magic won’t be possible because the body language of Governor Bala Mohamed doesn’t shows here is having a problem with the party that has thousands of followers and members across the state. Some believed the governor’s calculation as he planned to favor him, as he only lost an election once in his political career which is the recent one to Atiku Abubakar. On the other hand, The APC and its unpopular leadership are not displaying the party’s spirit and steadfast, an advantage for Bala’s.

Ambassador Sadique’s major challenge is non-acceptability from his Northern zone; that is the Katagums, from his emergence to date, the people of the Katagum zone neither come out to declare support for him nor express their willingness to help him and the APC gto reclaim its four years lost glory. More surprisingly, the large numbers of defectors are from the main center of Katagum zone including the likes of immediate past deputy governor of the state Architect Audu Sule Katagum, a respected person, Honorable Faruk Mustapha, a grassroots politician, Shitu Zaki, formers commissioners, advisers and top acceptable politicians left the APC based on injustice and the Sadfique’s candidature who many described as a day dream.

The recent publication by the Sahara Reporters online medium on 7th day of July, 20222 with the caption, “Ex chief of air staff Sadique, Ruling APC  recruit 1000 militants, political thugs, ahead of Bauchi governorship election. The allegation that frighten the peace loving people of Bauchi state who never thought of such desperation from a global failed chief of Air staff just for quest of power would do so, some sections of the people says, it would have been better for all candidates to go for a fair play through their campaign period through the final elections that will produce single leaders based on their record and determination without applying extra impetus. If such strategy would be introduced in the state politics, then when should Nigerians expect the changes that have been prayed for? And what will be the future of the state and the country at large?  Though, sadique’s has threatened to sue Sahara Reporters on the publication after realizing it may deter it preparation to wrestle power from a ruling PDP government that is receiving  frustrated and sidelined  members the APC. Daily revelations of quasi activities from the APC is not only signaling its unpreparedness but its near extinct , because the few members that remain in the party are on daily basis unveiling the hidden quagmires and plans that will ruin its steadfast and the corruption that penetrates the ambitious party.   The latest one is the petition written against the APC Bauchi State chairman by one Mohamed Bakoji  Maiwada, who was closed to the state chairman Alhaji Babayo Aliyu Misau on breach of trust, cheating and criminal misappropriation of money in millions meant for either  the parties activities or for personal agreement reached after certain period of exercise or tasked.

In the petition, Maiwada boldly said, “ that as a concerned card carrying member of the APC in Bauchi state I spearheaded the struggle that lead to the emergence of the state chairman with an agreement of remuneration  of 10% of any amount of money accrued on the course of running the party. This allegation alone attract reactions from every APC supporter and loyalist who thought the party is an incorruptible political party, but the imposed the education minister.

The petitioner, further said while carrying out the party activities together with the chairman Babayo Misau, the sum of fifty four million eight hundred and eighty eight naira N54,880.000.00 was handed to the chairman for the preparation of his inauguration at Abuja. Similarly, that sum of twenty million naira N20,000,000 was also given to the chairman for the purpose of national convention of the party which he refused to give out a kobo, there is also ten million naira N10,000,000.00 handed to the chairman meant for Tinubu Organization. And for the purpose of running the activities of the party in the state, there is monthly monetary accrual being sent to the party in the state, in the sum of 5,000,.00 for state exercutives and 1,500,000.00 for e4ach local government area which the chairman refused to hand over those monthly accruals for over five months which stood at N35,000,00 and being held by the APC state chairman Babayo Misau. “I am also aware that the suspected chairman received N 20,000,000.00 from the national headquarters of the APC and some monies he received from several APC governors ranging from 5,000,000.00 to ten million 10,000,000.00 each in a bid to help the party in the state having had no sitting governor in the state which he swept under his carpet and has remain adamant. “Maidawa converted the total sum of money meant for the party, cornered by the state APC chairman to the tune of three hundred and sixty million naira N36,000,000.00  and in doing so; he purchased the house of Ambassador  Sani Inusa situated at sabon gari primary school, ,Misau at the rate of thirty five  million naira N35,000,000.00,  he also purchased a house at old justice quarters GRA Bauchi at the rate of forty million naira 40,000,00 and a house bought at railway Bauchi at the rate of 25,000,00  and all the monies referred  to the transactions are traceable to first Bank Account maintained by the Bauchi state, Alhaji Babayo Misau and the union bank corporate maintained by the suspect in the name of Kachalla musa.

On this premise, it has become clear the welcome development from the insincere approach and injustices from the Babayo’s leadership is sending a signal of APC’