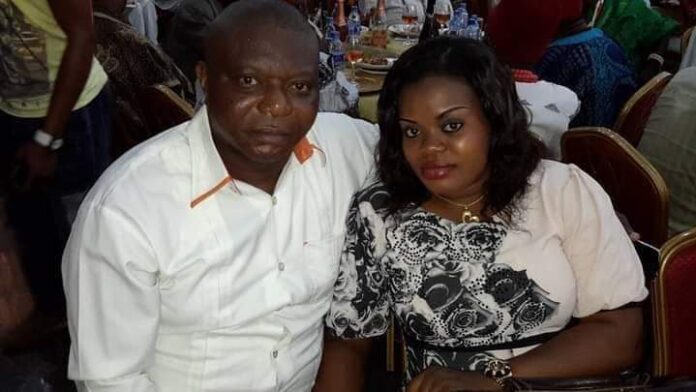 The recently-inaugurated Transition Committee Chairman for Nnewi North Local Government Area of Anambra State, Mr. Mbazulike Iloka has been suspended after barely one week in office, over the circumstances connected to the demise of his wife, Mrs. Chidiebere Iloka.

Reports have it that Iloka’s wife died last Sunday, August 7 in circumstances suspected to be connected with domestic violence.

Recall also that Iloka and his fellow new TC Chairmen for all the 21 local government areas in Anambra state were inaugurated on August 2, 2022, five days after her wife’s premature death was announced, with Iloka himself as a prime suspect.

Following the suspicion that Iloka might have hands in the said circumstances surrounding the wife’s death, he has therefore been suspended from office by the state government.

Announcing the suspension in a letter signed by the state Commissioner for Local Governments, Chieftaincy and Community Affairs, Mr. Tony-Collins Nwabunwanne and addressed to Mr. Iloka, the state government also ordered him to hand over the affairs of the local government to the Head of Local Government Administration with immediate effect.

Titled “Letter of Suspension from Office, and dated August 11, the letter reads: “Following the sad and sudden death of your wife, late Mrs Chidiebere Iloka, on the 7th of August, 2022, there has been a massive public outcry over the circumstances leading to the cause of her death, including alleged possible homicide.

“While you are presumed innocent until the completion of investigations, it has become imperative that you should step aside to allow unfettered investigations and justice.

“Consequently, you are directed to step aside and hand over the affairs of the local government to the head of local government administration not later than 12th of August, 2022, until further notice.” 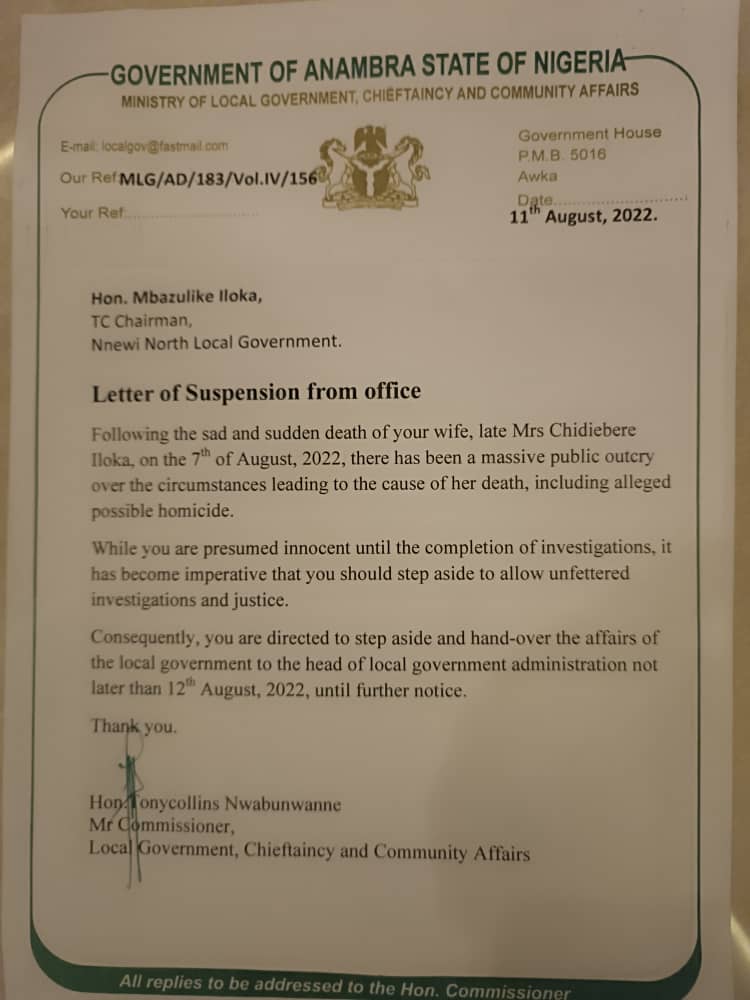 When contacted for his reaction to the incident, the spokesman of the police in the state, DSP Ikenga Tochukwu stated that he was still making inquiries concerning the development, and promised to provide more information when gathered.