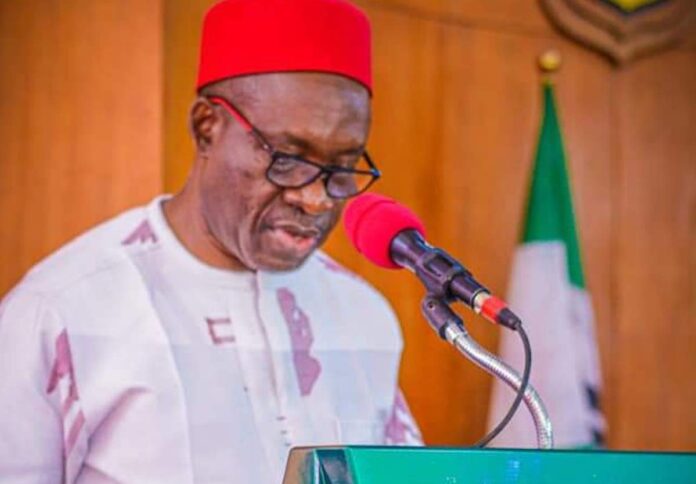 A group of teachers, on Tuesday, blocked the entrance of the Anambra State House of Assembly complex, Awka, in protest against termination of their appointments by Governor Chukwuma Soludo.

Numbering over 1000, the teachers were said to have been previously engaged by the Parent Teacher Association (PTA) of the various communities in the state before the immediate-past administration of Chief Willie Obiano converted their hitherto temporary engagement to a permanent employment in November 2021. 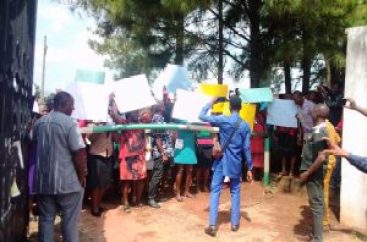 The sacked teachers who protested the termination of their appointments by the current administration of Governor Soludo, were seen carrying placards of with such inscriptions as: “Why Terminate Our Appointments After Seven Months of Work Without Pay?”, “Give us Back Our Job”, “Assembly Please Intervene and Help Save Our Jobs”,, “We Met the Criteria, We Were Duly Employed” “Please Reinstate Us”, “Gov. Soludo Reconsider Your Stand”, among others.

In an interview with newsmen, one of the protesting sacked teachers, Uche Eze appealed to Soludo to reconsider his position on the termination of appointments, and also called on members of the Anambra State House of Assembly intervene in the situation to ensure their reinstatement.

He said there were engaged by the PTA to address shortage of teachers in the state’s primary and secondary schools; and wondered why they would be sacked just like that after serving the state years and contributing to her educational development and academic excellence.

He said: “Some of us had worked for over 10 years before the last administration decided to hold a recruitment and conversion exercise to make us permanent staff.

“About 1,000 of us were shortlisted, and we got our appointment letters in Nov. 2021 to resume fully; but for over seven months we have not been paid and we have just been told that our appointments have been terminated.

“We were asked to go and re-apply in the ongoing online teachers’ recruitment. This is not fair, we were not paid off and we are stranded because they are sending us back to the labour market after we were duly employed.

“We are appealing to the Speaker of the House of Assembly to use his office to intervene in this matter and help us save our jobs.”

Addressing the protesters on behalf of the House, the Speaker of the House, Rt. Hon. Uchenna Okafor commended them for toeing a peaceful path in their expression and demand, and promised to discuss their matter with the Governor.

“We have heard you complaints and appeals. As your representatives in the Assembly, we are your ears and mouthpiece, so whatever affects you, affects us,” he said, adding that “I want to assure you that we will speak for you by taking this matter to the Governor and discussing it, so that you get that which is duly yours.”