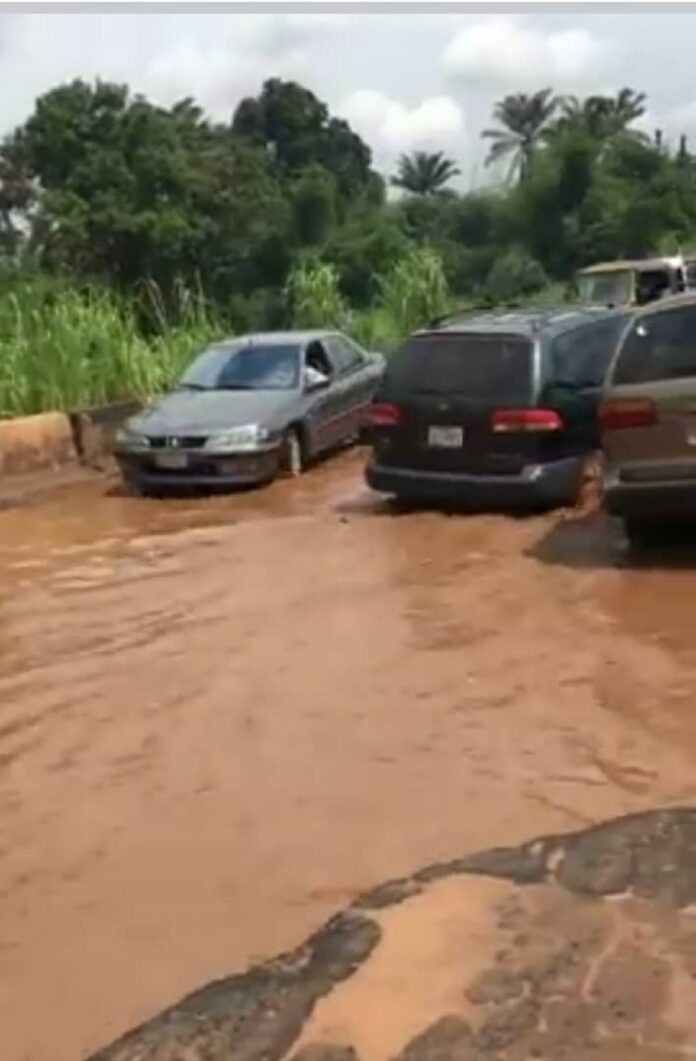 Residents and denizens of Isuaniocha Community in Awka North Local Government Area of Anambra State have called on the State Governor, Prof. Chukwuma Soludo, to urgently intervene in their challenging situation of bad road and failing bridge, as they said they now swim to go home on daily basis, due to bad road in the area.

A Facebook user, Henry Elobaba, who recently corroborated this call with a social media post, said the worst spot of the situation is the bridge that connects the Isuaniocha Community to Okpuno and to the capital city of Awka, which, he lamented, is currently at the verge of collapse due to menace of flood in the area.

A video and a picture accompanying the post also show vehicles riskily swimming through the pool of flood on top of the bridge to cross over, one after the other. 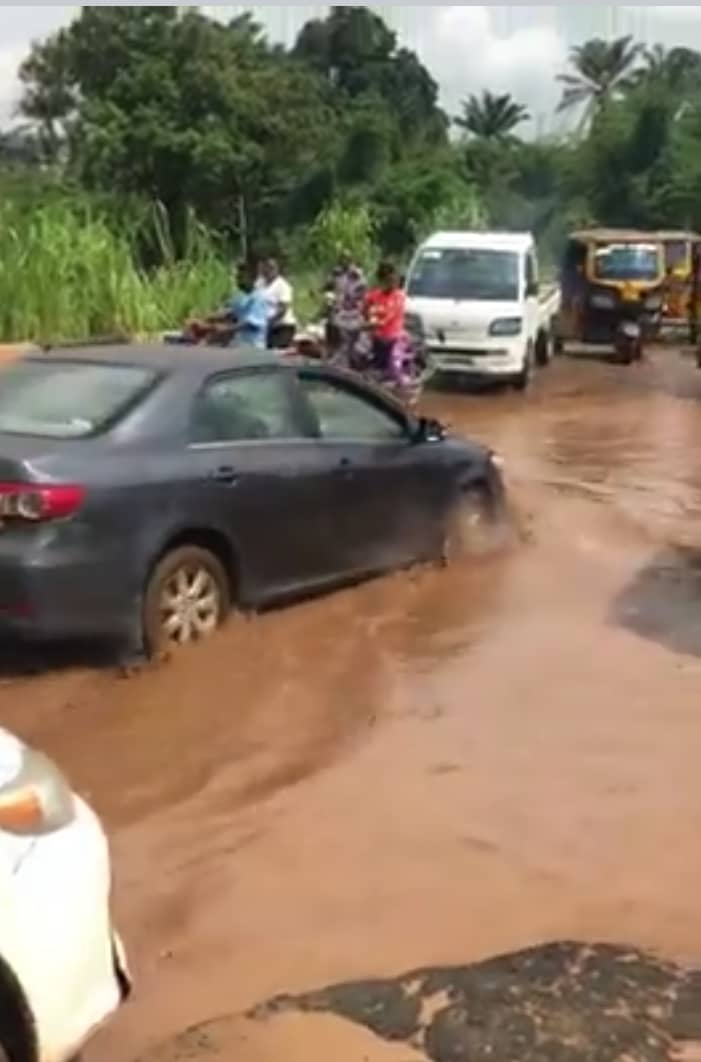 Elobaba noted that the bridge now poses a very great danger and death trap to the road users, and wondered if the government authorities must wait until its total collapse or any casualty results from it before they would finally intervene.

“The bridge is at the verge of collapse. It has become a dead trap for motorist as we can see how flooded it is with the layer of the bridge almost gone. The depth of the potholes is nothing to write home about.

“We are beckoning on our amiable Governor, the working Governor, the solution Governor, to please intervene urgently, to avert the possible deadly outcome that may result from it if it finally collapses.

“It is quite calling for urgent attention and intervention,” he said.

Contributing, another denizen of the area, Mrs Uju Nnebeolisa underscored the need for government to see and treat the issue as a situation that requires a very high level of urgency.

She also complained of a recurrent high traffic jam at Y-Junction and Goodwill Junction in Okpuno, which she said, stock motorists there for hours on daily basis, and called for government’s urgent interventions in the area; even as she also prayed for God’s blessings and protection upon Governor Soludo and his Deputy.