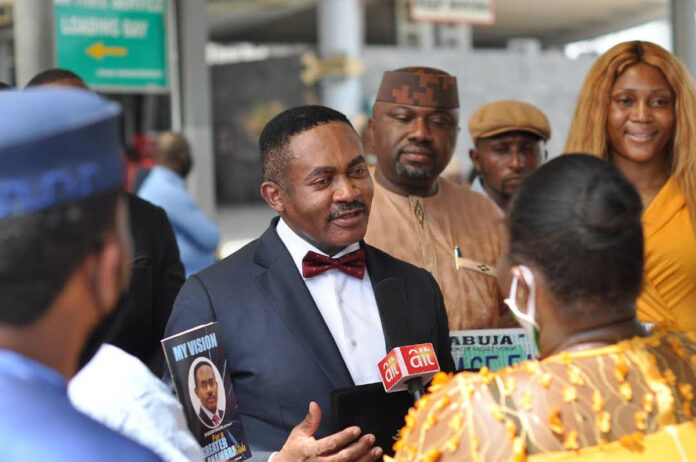 The online social media had said that if Maduka had won election , he would have turned the government into a club house, where people from all corner will come and do all kinds of unethical things.

Maduka in a statement he personally signed and made available to journalists in Awka Anambra state capital said that those who are circulating the false information on the social media were people of questionable characters .

According to him, his attention has been drawn to the false rumour circulating on social media by some unscrupulous naysayers who have bent on tarnishing his image for no just course.

” It is unfortunate that some unserious individuals are bent on tarnishing the image of Dr Godwin Maduka of Accord party just to jeopardize his intentions of bringing Anambra state to a more progressive and inclusive development.

“Be informed that Maduka’s integrity and principles which depicts him as one of good philanthropists and true leader cannot descend so low to such false rumour.

“My years of experiences as a medical professional has earned me an international reputation and honour, therefore I cannot indulge in such inhumane act.

“I urged ndi Anambra to remain resolute, and unperturbed but accept the false accusation as one of the propaganda been carried out by those who do not mean well for our dear state.

“Hence, it is paramount to note that those behind the ungodly act will soon be put to shame” he said.