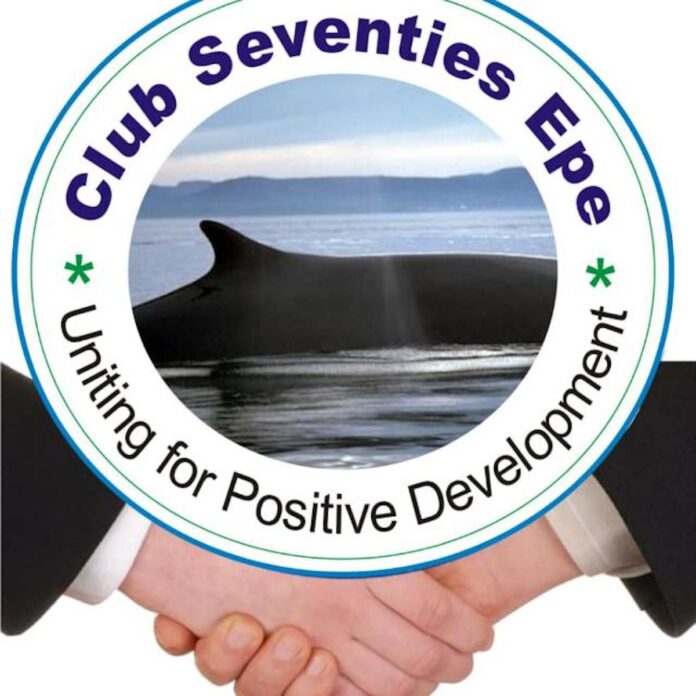 A non-profitable association, Club Seventies Epe (CSE), has appealed to the Lagos State Government, Nigerian Police Force, Traditional Council of Obas’ and Chiefs and the Nigerian Union of Teachers to investigate the killing of student and a teacher in Epe Local Government Area of Lagos.

The President, Ibrahim Sanuth condemned the act in a statement, adding that it has become necessary for government to urgently put a measures in place to curb the menace in the community.

Sanuth who condemned the recent killings of a teacher and a student of Michael Otedola College of Primary Education (MOCPED) in Epe.

It would be recalled that Razak Bakare, a student of Michael Otedola College of Primary Education (MOCPED), Epe was shot dead on campus last week Wednesday, while Ahmed Saheed, a teacher in Army Children High School Epe also in Epe area, was killed on Friday.

The President described the incident as an act of wickedness and barbaric, saying the perpetrators must not go unpunished .

He said that the institution was known for peace since its establishment until the recent ugly incident.

“I totally condemn such act and I know the management of the institution will take adequate measure to prevent a repeat of such incident.

The president urged students to face their studies, be ambassadors of peace and agents of development and not agents of killing and destruction.

“Know the type of friends you keep in school, do not join cultism, rather join reading/study groups and be a religious ambassador” he said.

He appeal to all authorities to work closely with traditional rulers and other relevant stakeholders in the fight against cultism, hooliganism, hoodlums and other social vices in the area.

He advised the school authority to continue to engage the State, Local Government and security agencies towards finding a lasting solution to the frequent killings and other criminal activities especially in schools in the region.

He expressed concern that the heinous act would have great implications for the future of education in Epe region and the nation at large.

While commiserating with the families of the murdered teacher, Sanuth called for the immediate and urgent surveillance patrol team within Epe community and bring all perpetrators to book.

He, however, appeal to State Government to rebuild all collapsed fence in the institution within Epe institutions which served as escape route for criminals.

He urged traditional institution to assist towards supporting the community and all efforts by security agencies to fish out the killers.

The Club also use this medium to commiserate with the school authority, local government and people of Epe community, over the ugly incidence