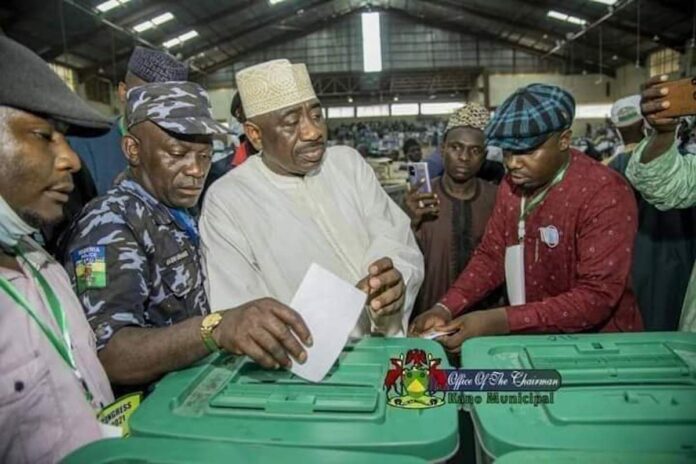 The Nigerian Police force [NPF] has disclosed in a recent press statement that it has opened an investigation into the police officer captured in a photograph trending on social media depicting him [police officer] participating in the voting exercise at the All Progressive Congress [APC] State Congress held in Kano. The police officer was pictured along his principal, the state party chairman, Alhaji Abdullahi Abbas.

According to the press statement which was released the Assistant Inspector General of Police [IGP] zone One Headquarters, Kano State – indicated the officer has been identified as Bashir Mohammed of the Special Protection Unit, Base One, Kano State. The officer is attached to the Government House, Kano – from where he was deployed to work with Alhaji Abdullahi Abbas as a security aide.

The matter, according to the press statement which was signed by DSP Abubakar Zayyanu Ambursa, has been referred to the Zone X-Squad for investigation.

The police assured the public the investigation will be conducted with utmost integrity.