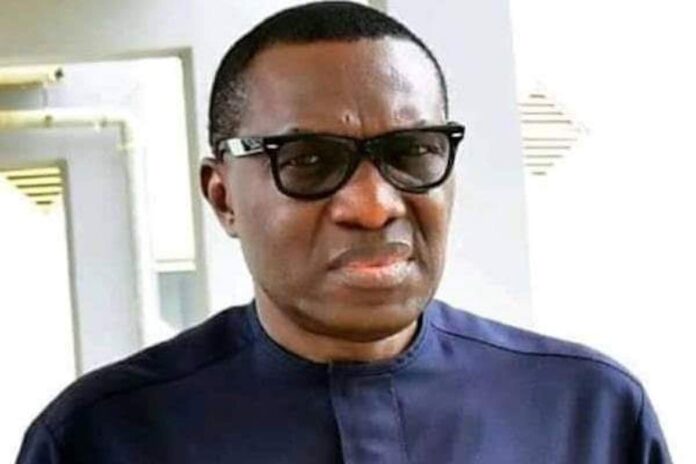 The Zonal Publicity Secretary of All Progresive Congress APC, Anambra Central Mr Igboeli Arinze Napoleon has stated that the party’s candidate Sen. Andy Uba has all it takes to lead the state to greater glory.

Igboeli who also is a Media Coordinator for Sen. Andy Uba campaign council stated this at an APC function in Abagana, Njikoka local government area of the state.

Arinze, described the candidature of Uba as the best thing to happen to Anambra people .

According to him, the willingness of Senator Andy Uba to engage intellectuals in his cabinet, to help fix the problems bedevilling the state stands him out among others .

He also described the campaign of Senator Andy Uba as the only one that is based on issues, regretting that instead of some people discussing issues in their campaigns they resort to blackmailing .

” We are indeed sure that all things being equal, Senator Andy Uba will emerge victorious at the Guber elections come November 6, 2021. This is because he has all that it takes to govern the state and steer it to a level of progress never witnessed before in the annals of Anambra.

You may ask how is he coming to do this? It’s quite simple, Uba has manifesto and plans to bring in first class intellectuals to help him tackle the hydra headed problems of unemployment, insecurity, healthcare, commerce and education” he said.

He also described Uba as a man with consumated experience required by the state for its development.

He said that Uba was coming to right the many wrongs meted out to the citizenry of the state by the outgoing administration.