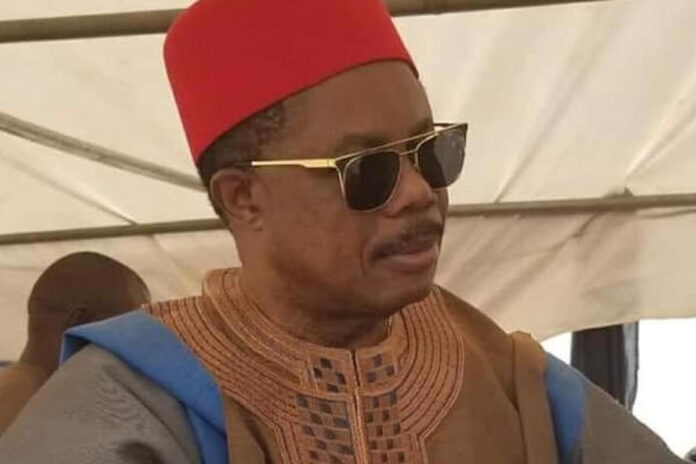 1.      The Anambra State Government is in possession of intelligence reports showing that people are preparing to protest in the streets of the state in large numbers against plans to rig the November 6 gubernatorial election by a particular political party relying on what it calls the Federal Might, despite its near absence in the state. The intelligence reports indicate that the party claims that the result of the election will be “written”, that is, in the comforts of the home of one of the supposed candidates in the election, regardless of how the people of Anambra State vote and who they want to lead them from March, 2022.

2.      Many believe that there may be a modicum of truth in the claims of advanced plans to deny the people of Anambra State their right to choose their governor because of the antecedents of a particular member of the party who is presumed to be the candidate of the party. He has right from the 2003 general election been enmeshed with the most brazen of rigged elections in the state, sometimes winning more votes than were registered for an election. How he emerged as the party’s candidate as recently as last June has been a huge embarrassment to the Nigerian people and remains his albatross.

3.      In spite of all this, we advise our people to disregard the claims of this political party and its members, particularly its assumed candidate in the election, that the rigging of the forthcoming election in our dear state is a fait accompli or a foregone conclusion. This is a propaganda stunt.

4.      They have been using the propaganda stunt to intimidate ndi Anambra in the last couple of years, but it has always failed them. The Anambra State of 2021 is totally different from the Anambra State of 2003 or 2007. The rigging plans cannot work this time. The people of Anambra State, supported by their Government, are ever ready to protect their state and its impressive progress of the last few years, rather than allow soldiers of fortune and buccaneers to toy with its destiny once again.

5.      The November 6 vote will be free, fair and transparent. This will be in conformity with the tradition of free polls which have come to define Anambra State political culture in recent times. The 2017 governorship poll and the 2019 general election in the state were the freest in the country.

6.      Anambra people remember in particular that the same party and its supporters threatened the use of the so-called Federal Might in the November 17 2017 gubernatorial vote in the state, but the result turned out to be a true reflection of the voting pattern of the people. Even in Edo State, the same threat was made the main issue in the campaign for the 2018 gubernatorial vote, yet the propagandists lost clearly in the free and fair election. There is no compelling reason why the situation can be different this time in Anambra State.

7.      We trust the integrity of President Muhammadu Buhari who has consistently assured the nation that free, fair, transparent elections will be one of his major legacies in the country. We have no reason to doubt him, despite the unconscionable behavior of some people in his party.

8.       The Anambra State Government has been working closely with such bodies as the Independent National Electoral Commission (INEC), the Nigeria Police Force and the Department of State Security to ensure a free and fair election on November 6. We are convinced that the relevant bodies are working in the public interest.

9.      We, therefore, advise ndi Anambra to countenance the propaganda that the rigging of the forthcoming election with the aid of the Federal Might is a foregone conclusion. Our people are implored not to carry out the protests planned throughout Anambra State which may be hijacked by violent elements. These are trying times in the country.

10.   The political party which presents the best candidate who will work assiduously for a greater Anambra State will certainly win the November 6 gubernatorial election. God bless Anambra State, the Light of the Nation.