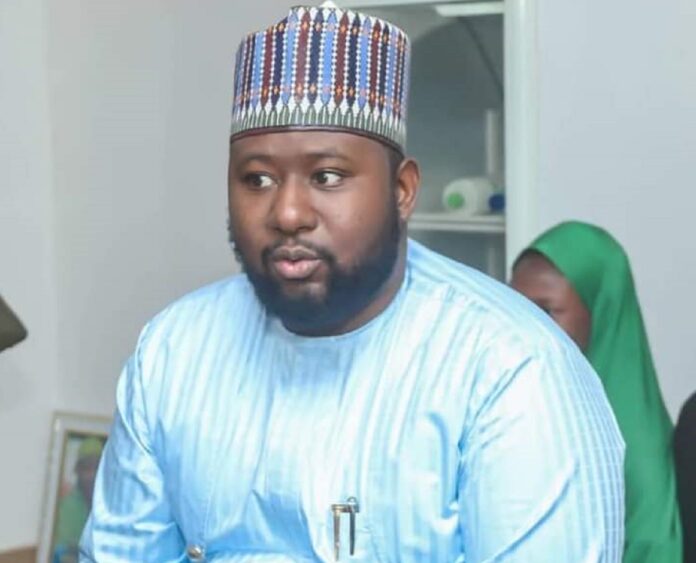 One of the several reasons that bring to limelight the leadership qualities and suitable for all positions is when all allegations labeled against him turnout to be false; majority of the populace believe whatever they see than hear that’s why they still love Shamsuddeen Bala Mohammed after he was found not guilty.

Shamsuddeen continue living average life despite being a son to the current Governor of Bauchi State; he relates to everyone cordially and treats the haves and the haves not as equal. Most of the Governor’s projects that target youths are initiated by the foresighted Shamsuddeen.

Regardless of been born with silver spoon, Shamsuddeen’s attitudes are of those from average homes, he prefer to struggles and earn his own money than to enjoy the wealth of his father; that is what made him unique from those from wealthy backgrounds.

He often posts his picture along with his Dad with caption which informs his followers about the stewardships of his father and what he does too.

Recently, during Shamsuddeen’s marriage anniversary, he did not let himself be carried away in organizing party or extravagant gatherings; this was due to his good parental upbringing.

The honest Shamsuddeen is as silent as graveyard this can be seen in most of his post on social media, his postings are on majorly on hardships common Nigerians are going through or tangible projects executed by his father.

Shamsuddeen is incomparable to the sons and daughters of current leaders or influentials that always brag through postings on social media handles about their flamboyant lives.

Some children of elites use their accounts to showcase houses, exotic cars and expensive assets while the agile Shamsuddeen uses his own to remind leaders on their campaign promises.

Many people are of the opinion that children of important personalities dump their longtime friends when their parents become rich or win big political positions; not same to Shamsuddeen because he is still with his friends and has helped majority of them.

Shamsuddeen could be a good leader because he is contented that never embezzled funds, he is honest that always speak the truth both online and offline, he has experience on business because has been overseeing his mother’s pure-water selling business.

The grandfather of Shamsuddeen has been a District Head from whom he learnt a lot in the aspect of life and leadership, his father also turn out to be a leader too.

Like Shamsuddeen most of their bedeviling challenges would gradually come to an end due to their perseverance, doggedness and endurance. The activities of Dan Galadiman Duguri are likr a cold breeze and soothing shadow to the masses under a scorching sun in a desert.

Shamsuddeen on his part is an independent entrepreneur, a tireless activist, a leaning wall to hopeless and also agent of ease amidst difficulties.