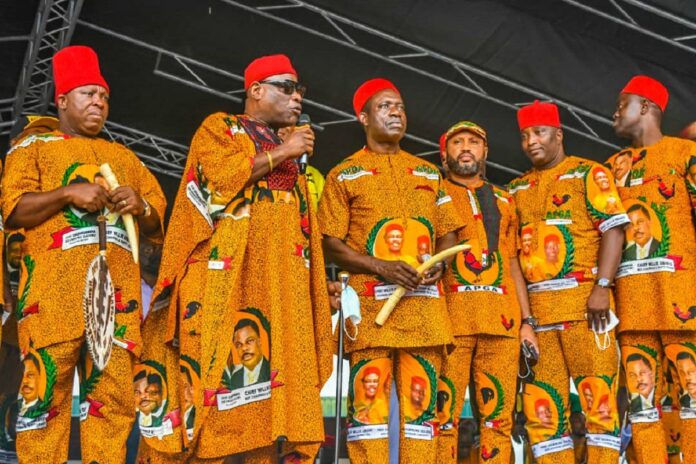 Governor of Anambra State and national leader of the All Progressives Grand Alliance, APGA, Chief Willie Mmaduaburochukwu Obiano has inaugurated the Party’s campaign council for the Anambra State gubernatorial election which will hold on November 6, 2021.

Speaking at the event which held at the Dr Alex Ekwueme square, Gov Obiano charged the council and all APGA faithful to work together to ensure the success of the party in the forthcoming election.

With the council inaugurated, the Party is set to activate it’s plan for the campaigns and the election proper. Despite initial obstacles, APGA has emerged stronger as the INEC reaffirmed Ozonkpu Victor Ike Oye as national chairman of the Party and Prof. Chukwuma Charles Soludo as it’s candidate.