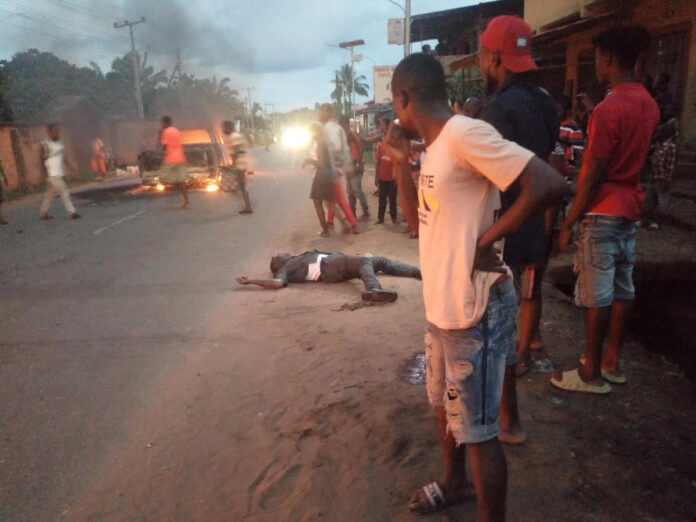 Billionaire businessman Philip Udala may have been killed due to business transactions gone awry, if audio tapes making the rounds on the social media are anything to go by.

Udala, a sports enthusiast and owner of Anambra-based Udala Football Club, was killed on Tuesday, July 13, 2021, at Eke Agu market junction with four other persons in his convoy.

Those killed with him were the Team Manager of his football club/Secretary of Anambra Independent Football League (AIFL), Godsent Eriobu, and three police escorts.

Chief Udala, an indigene of Uke in Idemili North Local Government Area of Anambra State and a grassroots football development enthusiast, came to limelight following the formation of his football club, Udala FC, in 2016. The team subsequently gained promotion to the National League.

Udala was part of those that fought to bring sanity to Anambra State Football Association (ASFA) and ensure the kick-off of Anambra Independent Football league which was earlier scheduled to end on July 16, 2021.

Though unknown gunmen have been fingered for the killing of Udala, two audio tapes linked the murder to failed business deals in China.

Udala, who was formerly China-based, was said in the first tape to have allegedly stepped on many toes while on the course of business deals.

The narrator in the second tape corroborated the claims in the first tape.

He said: “I know Udala very closely while we were in China. I have received a lot of calls from China regarding the occurrence. The Udala in question doesn’t have a good name at all in China.

“I know him well enough; I don’t tell tales, I say it like it is. If he is alive now and sees me, he will call me by my name ‘Afam Imo’ and I will also call him by name. We stayed together well in China and the stories trailing his name over there is not good at all.”

According to the narrator, “Information has it that majority of the shooters were women. That they shot him severally but he didn’t die, so they decided to burn him with his car.

The people also burnt their own car to avoid any trace and snatched another car which they made away with. Udala stepped on a lot of toes. The China-based guys are still threatening that more will still happen. That all the people that ran down to Nigeria with people’s money will pay for it.”

The Anambra State Police Command has yet to comment on the incident.