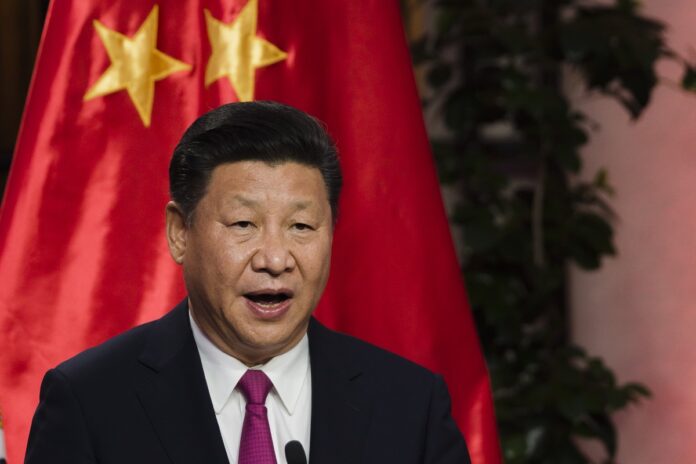 A country that kills thousands of Urghur minorities and subjects another ethnic group within its territory to mass indoctrination, a country that has shown aggressive and expansionist tendencies within South East Asia, a country that takes over the running of three Zambia’s institutions should absolutely be viewed as a foe.

The simple reason the west would want us to believe that China is a foe is because China keeps aligning with ideologies opposed to western economy and political philosophy, for example, in Asia we have North Korea and in middle East we have Syria and Iran, then in Eastern Europe we have Russia. And mostly, these nations are known to have violated human rights, killed its citizens, annexed territories, seek arm proliferation and nuclear capabilities and lastly desire to escalate volatile situation in Middle East.

The Chinese foreign policy on Trade at present is not different from western policy on partitioning of Africa, subsequent colonization with a view to exploit and source raw materials for western industries. With the two there exist similarities; first, they came in for trade after which there is forceful takeover of land or assets. This is followed by language indoctrination, for example, according to daily post and channel television news of 15/5/020, Senator Enyinanya Abaribe in Nigeria Red Chamber raised alarm that Nigerian government officials were signing loan contracts in Chinese language. Another group questioned if Nigeria has cedes its sovereignty to China in obtaining these commercial loans used in dual rail construction from Lagos to Kano and Maiduguri, Akani Ibam International airport Enugu State, Nigeria.

China didn’t wake up on time because of communism and isolationism; in 1970 China was regarded as a developing nation. Trade between China and USA stood at about $4.7 million. When communist party opened Chinese economy up for foreign investors the west saw opportunity. With increase in trade came increase in prosperity mainly because the western industries saw raw materials and cheap labour in China. They also discovered the communist party capability to maintain political, economic and social stability which as any investor believes offers more and better economic advantage compared to unstable African continent, and fascist Japan that has no raw materials for western interest. Chinese economic advancement could be traced to multinational investment, which is favored by the view that investors put their money in countries with predictable political stand, stability and unlikely economic changes preponderant in Africa when new government is in power.  It is true Chinese success is connected to change in foreign policy both in economy and towards United Nation institutions, these created competition particularly in the most consuming continent of the world-Africa and the world which hitherto was viewed as western market stronghold occasioned by slavery and colonization.

When African leaders woke up to the danger of IMF loan, World Bank, Paris Club and other western loans and aids it was too late. Africans were already indebted, and the interest on these loans calculated on compound interest stagnated any meaningful infrastructural development in Africa. Truly it is not the problem of these institutions themselves but on African leadership lack of character and discipline. It took years before debt cancellation came. On the other hand, having studied the failure of western facilities in Africa China came on board with a different approach- infrastructure financing for raw materials with almost near zero interest on these facilities. In some cases hostile takeover of institutions were attached as part of the contract drawn mainly in Chinese as were many contracts and trade agreement signed by African chiefs during and prior to colonialism. The African debt cancellation was western method of helping Africa solve its infrastructural deficit, but on future loans it was determined to ensure transparency, accountability from African leaders which they viewed as interference and uncooperative. The western financial initiatives which seek to monitor and implement successful execution of loans for infrastructure to Africa was a meaningful scheme that should have being embraced by good leadership. Unfortunately for Africans their leaders, not taking the advice of their professional jettisoned it. Conversely, the Chinese were not interested in accountability, transparency as long as their end game was realized. China like Nigerian banks ruthlessly goes for un-performing loans which is seen in Zambia broadcasting service, Lusaka airport possible takeover. The reason this seems to fail as with the IMF loan is not that Chinese loans are bad but because of lack of character, and corruption in the ranks of African leadership.

The west views on China-African bilateral trade agreement are that China is the new African colonial master. Many Africans agree, mainly because Chinese firms refuse to transfer technological know-how to the locals as was the case when Britain was leaving Singapore in 1968. Moreover the trade volume between the two has moved up astronomically while that of the west plummets.

Another debt cancellation from China is less likely if African leaders continue in this way, Nigeria debt to China as at 2019 stood at $5billion, Angola owes $21.2 billion, and South Africa seeks $14.5 billion and Zambia completely indebted to China with other African countries on queue. Definitely China is Africa’s new colonial master, if not viewed as enemy. These situations worries the west and concretized my opinion that Chinese imperial policy in Africa is a risk to the west because a destabilized, economically poor Africa shall constitute security threat to the more developed, economically stable West visa vie ensuing humanitarian crises, and or a breeding ground for terrorist recruitment.

It is not always true that political support from the west always pushes western investors to country with such support. It is also true that communist China economic advancement could be traced to change in foreign policy and multi-national investment which brings us to where do China get all that money? The essay answers it-trading, direct foreign investment and Diaspora remittance, not to talk of the fact that China has its own market for locally produced goods.

What is the money used for? The money is for ‘Chinese Dream’ and one used to gain favor from the world and to ‘rise peacefully’. This otherwise means Chinese covert behavior towards EU and US and nations with desired technology which is the basics of president Trump’s trade disagreement with China. It is on record that both nations are having trade negotiation to resolve the dispute.

And if you look at it from how goods and services are distributed around the world I will agree with my personal assessment, “China is a friend of the world because China is producing what the world needs at cheap affordable rates. There is no home in the world that doesn’t have Chinese products. It could be a sensor inside a phone or a machine or an engine inside an Innoson Motors branded made in Nigeria. The fact is that China produces for American manufacturers under American standard or for EU under European standard. And why these nations like it is because it cost more to produce these goods in Europe and America. Every investor’s or producer’s mindset is to make gain from every product or goods sold. And they tend to produce where the cost of labour and production is cheap, economically affordable for projected gain.

According to UN, China became the second largest donor and thirteenth highest donor of volunteer force in peace keeping. The military spending of China is first after USA (Wikipedia:SIPRI 2019). Communist party imperial announcement of ‘Chinese dream’ or to ‘rise peacefully’ and take over the world economically, technologically and militarily puts it in the radar of the west as a threat and no more a competitor that should be watched. It is the duty of China like the west who rode on the back of African to economic recovery and prosperity to do same, subtly and effectively. This they have achieved because African leadership like the local chief during the slave trade and colonization have little moral compass, corrupt selfish and subordinate orientation that is inimical to civil and progressive society. For a society with moral compass and conscientious leadership their view of China is a nation that is known to trade unfairly, often accused of intellectual property theft and when they see fit adjust their tariff to disadvantage the EU and US. Despite these China remains both EU and US most valuable trade partners. For example EU China daily trade is valued at Euro 1billion and that of the US in 2020 stood at $560billion (Statistics.com). And in trade they view China as a competitive friend but in China’s foreign policy with Africa, others, and the breakaway provinces like Taiwan, Bangladesh independence from Pakistan as a threat. Moreover, China continues to maintain that its human right records and those stated above are issues of sovereignty or internal affair. There is a contrary opinion like someone who argued that Africa is providing an important testing ground for China’s evolving resources diplomacy and its efforts to ensure long term economic security and influence. Therefore the issue of China as a friend or as a foe is a question of is there a future for globalization. Is national interest, patriotism and political affiliation legitimate when nations seek global cooperation. All of these should be handled with diplomatic finesse.