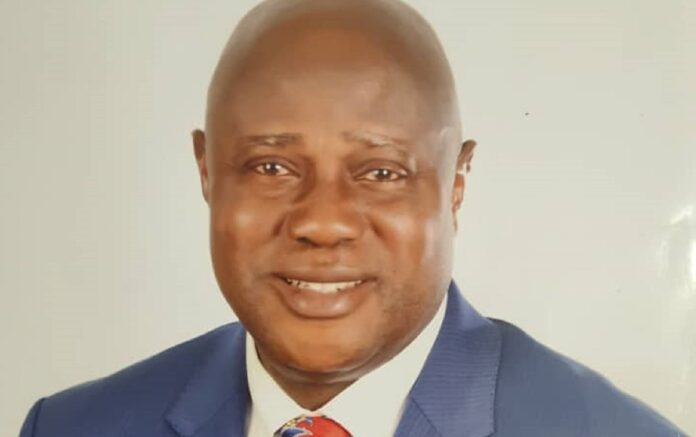 A former Commissioner in Bayelsa State, Dr. Godson Torukuru, has avowed that Senator Douye Diri has made significant impact on the lives of the people, despite assuming office as governor, at a time the world was held hostage by the deadly Coronavirus.

Describing the governor as a pragmatic and purposeful leader, Torukuru, said Diri’s miraculous emergence was God’s design to ensure that Bayelsans continue to enjoy good governance.

“Governor Douye Diri’s emergence was indeed a miracle of design for the good people of Bayelsa State. When Bayelsans were still wondering what may have happened that made him lose in the November 16, 2019 governorship election, God miraculously turned things around, and he was sworn in as their governor on February 14, 2020.

“One year down the line, His Excellency, Senator Douye Diri, has not disappointed the people. He has performed excellently well to the expectation and admiration of Bayelsans. The state under Diri is faring better as he made the welfare of the citizens his topmost priority. Notwithstanding the dwindling revenue accruable to the state as a result of the economic effects of the COVID-19 pandemic, which had crippled business activities in all countries across the globe, Diri has a lot to show as his achievements one year after he took over the mantle of leadership,” Torukuru maintained.

He added: “Unlike in some other states in the country where the Coronavirus outbreak became the easy excuse given to owe workers, Diri ensured that every month civil servants under his watch get paid as at when due. Retirees and pensioners in the state have been smiling and happy since Diri came on board as Bayelsa helmsman. Aside the regular payment of pension, a substantial amount of money has always been earmarked monthly to clear the backlog of gratuities.

“Diri, no doubt, is building on the solid foundation laid by the immediate past administration. He has shown an unalloyed commitment to road construction projects across the three senatorial districts of the state. A lot of construction works are going on in the state. Look at the Yenagoa-Oporoma road project which was completed to Ayama Ijaw by the immediate past administration. The Governor has awarded the completion of the road with two major bridges to Oporoma headquarters of Southern Ijaw local government. Work is in top gear. He is also doing everything possible to ensure the timely completion of Igbogene-AIT Outer Ring Road to boost economic activities in Yenagoa, the state capital.”

Continuing, he said: “The Governor has just done the groundbreaking for the Elebele Bridge connecting Yenagoa with Elebele in Ogbia LGA on the Yenagoa/Nembe Road. The bridge collapsed in 2019 compelling travelers to seek alternative routes from Yenagoa to Nembe. The second phase of the Gloryland Drive from Igbogene to Tombia Road and the section of the 22-km Outer Ring Road from Igbogene to Opolo/Elebele Road have been inaugurated.

“The reconstructed Imiringi bridge which was destroyed by flood has been awarded by the Prosperity Government of Distinguished Senator Douye Diri. Within this one year the Governor has awarded road construction to Igbedi, a major community which can only be reached by boat before now. Work is going on as we speak. Work on the unity bridge between Ogbolomabiri and Bassambiri communities has been inspected and work will soon start. These are major communities in Nembe local government. Also the Tombia roundabout has taken a great face lift.This roundabout is in the heart of the town. It has been redesigned to decongest traffic. Several internal road networks are being reconstructed to ease vehicular movement.

“His Excellency has also completed the referral hospital at Kaiama headquarters of Kolokuma/Opukuma LGA. Technical schools are being built to provide skills for the teeming youths in the state. Also worthy of note is the construction of the State Media Complex to accommodate the state radio,TV and Newspaper. Work is speedily in progress.”

According to Torukuru, “The governor is leaving no stone unturned to deliver on his campaign promises to Bayelsans. In spite of the lean resources at his disposal, Diri, a patient, determined, courageous and Prosperity minded leader, is seen to have taken giant steps in all sectors to better the lot of the state.”

The ex-Bayelsa Commissioner equally commended “the steadfastness and stable commitment of the resourceful Deputy Governor, Senator Lawrence Ewhrudjakpo, to the prosperity Government.”

Imploring the people to ceaselessly give their unflinching support and loyalty to Diri’s administration, Torukuru prayed for God’s guidance and protection upon the governor and his deputy, as they continue to put heads together to pilot the affairs of the state to greater heights.