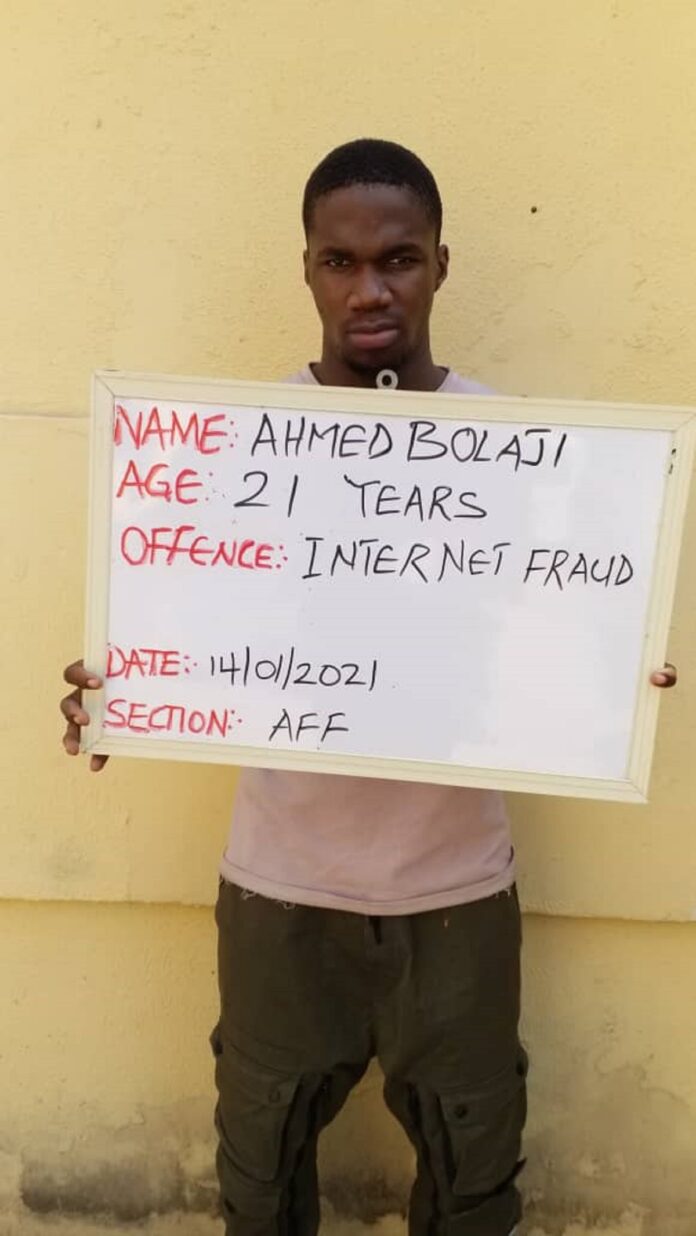 The conviction followed his arraignment by the Ilorin Zonal Office of the Economic and Financial Crimes Commission, EFCC, on one-count charge of internet fraud contrary to Section 95 and punishable under Section 324 of the Penal Code.

The charge reads:”That you, Ahmed Bolaji (Rose Mary) sometime in January 2021, in Ilorin within the jurisdiction of this Honourable Court did attempt to cheat by personation, when you pretended to be one Rose Mary a white female with gmail account mrose5645@gmail.com, and thereby committed an offence contrary to Section 95 of the Penal Code and punishable under Section 324 of the same Penal Code.”

Upon his arraignment, Bolaji, a graduate of mass communication, “pleaded guilty” to the charge.

Following his plea, Loveday Godwin, an operative of the Commission was called upon to review the facts of the case.

Godwin narrated how a reported case of internet fraud led to the arrest of the convict.

His words: “My Lord, on the 13th January, 2021 we arrested the defendant and ‘Ownership Attestation Form’ was given to him where his email addresses and their password was filled accordingly and necessary investigations were carried out”

According to him, Bolaji did not succeed in collecting money from his victims before he was arrested, but wanted to obtain money from one Mr. Shawn Smith while fraudulently parading himself as Rosemary.

Documents and two mobile phones used as instrumentality of the crime were tendered and admitted in evidence. Thereafter, counsel to EFCC, Sesan Ola, urged the court to convict Bolaji based on his plea and the evidence tendered.

In his judgment, Justice Oyinloye said the evidence placed before the court showed that the prosecution proved its case beyond reasonable doubts and pronounced him guilty as charged.

The court ordered the convict to pay a sum of N100, 000 (One Hundred Thousand Naira Only) or serve a term of six months in prison.