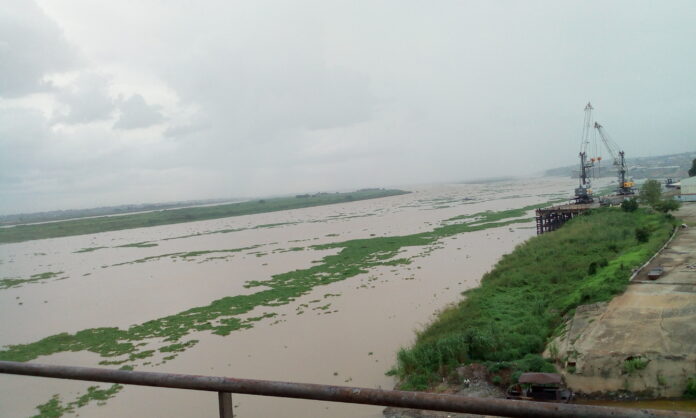 No fewer than five persons sustained various degrees of injuries, following yesterday’s plunging of a tipper laden with sand and the previous day’s plunging of a commercial tricycle into an erosion gully at Odo-rubber areas of Odekpe community in Ogbaru Local Government Area of Anambra state.

Three of the victims, including the tricycle operator and two of his passengers had earlier sustained injuries when  the commercial tricycle plunged into the gully the previous day as the gully had eaten deep into the major highway linking Anambra and Rivers states through Onitsha/Odekpe/Atani/Ossomala/Ogwuikpele in Anambra state, down to Ikwerre in Rivers state.

Still basking in the euphoria of the tricycle incident, two others, including the tipper driver and his conductor sustained their own injuries yesterday when their tipper laden with sand plunged into the gully about a pole from where the previous day’s tricycle incident occurred.

Although no life was lost, both vehicles also recorded some level of damages after they were brought out of the gully with a towing van.

According to eye-witnesses, each of the incidents occured when the vehicles were heading from Atani to Onitsha end of Odekpe/Ohita/Atani/Ossomala/Ogwuikpele road and unknown to them that some garbages littering the grounds within the bank of the River Niger had covered the deep erosion gully from the public view and on climbing the garbages, thinking they were still on the right track, one side of their back tyres plunged  into the gully, leaving the vehicles hanging, while the victims fell off into the mud.

Luck was on their side as their vehicles kept hanging in some concrete pillars erected by some shop owners whose shops were washed away by overflown River Niger during last rainy season, until the towing van was brought in to recover them.

Confirming the incidents, the Coordinator of Coalition of Ogbaru Youths Associations, Izukanne Vincent C., disclosed that when the bank of the River Niger overflowed last rainy season and almost cut the major  road into two at that Odo-rubber spot, they wrote series of petitions to the state government which prompted officials of Ministries of Works and Environments to visit the scene and promised to report back to Governor Willie Obiano for a prompt action.

Flanked by the Secretary of the youths associations, Ogbonna Ikechukwu and Comrade Arinze Obaze, member of the publicity committee, Izukanne recalled that after the visits by the ministries’ officials, late last year, no positive step or steps could be taken by the state government to ameliorate the situation up till this moment.

He lamented that once the road cuts off, all the agrarian communities of Ogbaru would be cut off from the rest of the state, thereby denying the farmers the opportunity to bring their produce into Onitsha and other parts of the state for sales.

He also mentioned the refusal of foods, fruits and vegetable dealers to relocate to their new permanent site behind Power Mike Sports Complex at Harbour Industrial Laayout, Onitsha, as another serious issue at stake, adding that all efforts by various government agencies to persuade the traders to quit from their present hazardous Cocoa cola and Army Barracks marketing areas along the Enugu/Onitsha expressway have proved abortive as the traders remained disobedient to the constituted authority.

He asked rhetorically:  “if at the end of the day, this present Obiano administration which is from Anambra North Senatorial Zone, with the assistance of  our representatives at both the Senate and House of Representatives levels who incidentally are indigenes of Ogbaru could not control the erosion gully at Odo-rubber, rehabilitate the Atani/Ozubulu road and enforce the movement of fruits and vegetable dealers to the new perm site, is it when the governorship seat goes to Anambra South Senatorial zone in 2022 that these critical issues will be addressed’?

He therefore appealed to the state government authorities and their national and state assembly representatives to come to their rescue in this regard, at least for sake of posterity.