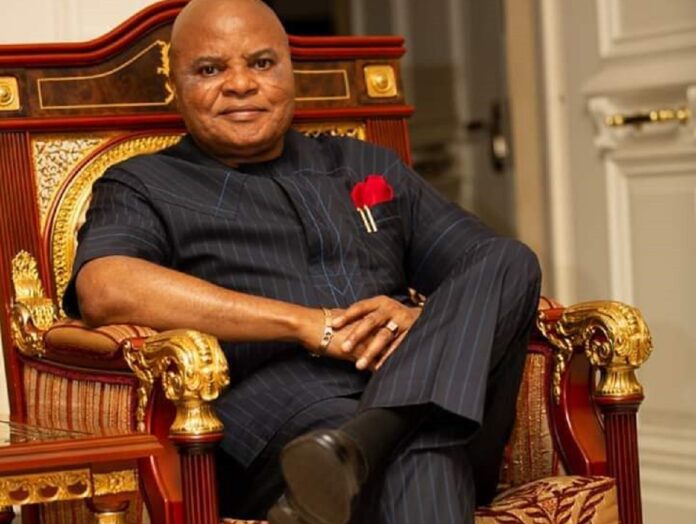 The Federal High Court, Abuja, on Friday, rejected Sen. Ifeanyi Araraume’s prayer, seeking not to join the All Progressives Congress (APC) and Chukwuma Ibezim in a suit.

In the suit, he is seeking an an order compelling the Independent National Electoral Commission (INEC)  to issue him the certificate of return as the winner of the Dec. 5, 2020 Imo North Senatorial By-election.

Justice Taiwo Taiwo, in a ruling, dismissed the request on the grounds that the APC and Ibezim, one of the candidates on the platform of the former, had to be joined in the matter in the interest of fair hearing.

The News Agency of Nigeria (NAN) reports that the APC and Ibezim had, in separate applications, sought to be joined as defendants in Ararume’s suit but the former lawmaker, in a counter affidavit, filed by his counsel, Ahmed Raji, SAN, opposed the moved.

Raji argued that nothing was placed before the court to qualify the applicants as joinders.

Ibezim and Araraume had fielded themselves as APC candidates prior to the election.

INEC had declared APC winner of the Dec. 5 senatorial bye-election.

NAN, however, reports that the commission did not return a candidate from the party.

INEC hinged its decision on what it described as “several court orders” for and against the two major contenders.

NAN also reports that two court judgments had surfaced on Dec. 4, 2020; one from the Court of Appeal, Owerri, and another from the Federal High Court, Abuja.

The Court of Appeal faulted the judgment of the Federal High Court, Owerri, which had nullified the candidacy of Ibezim and declared him candidate while sacking Araraume barely 24 hours to the election.

The Federal High Court, Abuja, had on the other hand declared Araraume as candidate of the party, on the grounds that Ibezim presented fake certificates to the APC and INEC.

But Araraume’s counsel, Raji, said his client had also filed an application at the Supreme Court, praying that the execution of the Appeal Court judgement be stayed.

As such, the former lawmaker approached Justice Taiwo’s court for an order compelling INEC to issue him the certificate of return as the winner of the poll.

At Friday’s ruling, while Tunde Falola appeared for Ararume, the APC and Ibezim were represented by E. A. Osayomi and Ozowu Daudu respectively and INEC was represented by S. M. Danbaba.

According to Taiwo, the rules of the court provide for joinder of any one.

Citing an authority, the judge said a party who might be affected by the court order “has the right to be joined.”

“A party to an action is either a plaintiff or defendant and any other persons who may be affected directly or indirect by the order of the court,” he said.

He added that “if a  party is aggrieved or likely to be aggrieved by the litigation, such party had to be joined “to avoid multiplicity of suit and to ensure that fair hearing is not breached.

“This court ought to and must ensure that the rules of fair hearing and natural justice are not breached,” he said.

Justice Taiwo, then, ordered that the APC and Ibezim be joined as 2nd and 3rd defendants respectively.

“The plaintiff has within three days to reply them if he so wish,” he ruled.

The judge adjourned the matter until Feb. 5 for continuation of hearing.