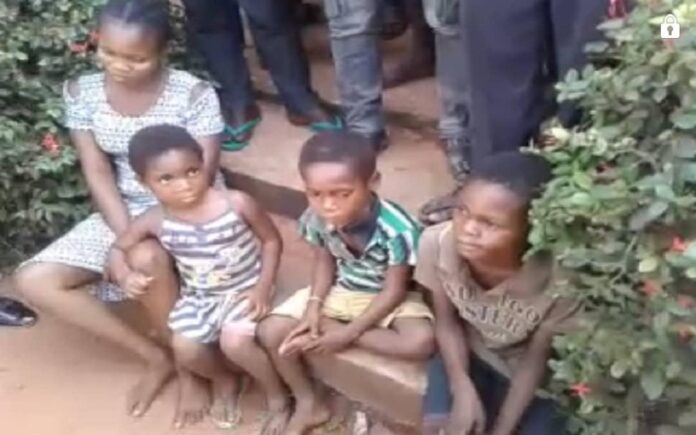 A delegation of both government and nongovernmental organization officials in Anambra State has visited the families of two commercial motorcyclists killed in controversial circumstances on Tuesday and Wednesday in Aguata Local Government Area of the state.

The condolence visit was on the instructions of Governor Willie Obiano which he gave less than 24 hours earlier.

The delegation led by the chairman of the Transition Committee of Aguata Local Government Area, Chief Eche Ezeibe, visited the family of Chidiebere Nwoga in Igbo Ukwu, Aguata LGA, at 10 am today (Thursday, December 17) and that of Izuchukwu Alaka in Ogboji, Orumba South LGA, at 2.15 pm. They were met by fairly large crowds in both places.

The Aguata LG Transition Committee chairman was accompanied by the Coordinator of Civil Society Organizations (CSOs) in Anambra State, Comrade Chris Azor; the Ist Vice President of the Youth Wing of the Association of Anambra Town Unions (ASATU), Chukwuka Nkwado Onwughalu; the leader of the Youth Wing of Ohaneze NdIgbo in the state, Mazi Chukwuma Okpalaezeukwu; the Executive Assistant to the Governor on Youth Affairs, Fergusson Okpara; and the President of the Association of Non-Indigenes in the state, Comrade Chigozie Henry Nweke.

“The fact that Governor Obiano’s delegation could visit us shortly after the tragedy that befell our family speaks a lot about the responsive and humane administration which he runs”, stated the President General of the Ebonyi Indigenes Welfare Association in Anambra State, Felix Nwaofia, who asked the government to use its power to ensure that the persons responsible for the death of the two indigenes of Ikwo Local Government Area in Ebonyi State were made to feel the full weight of the law.

While Mr Nwoga is believed to have been shot by a policeman in Igbo Ukwu on Tuesday night during a disagreement with policemen who were reported to be enforcing the state government’s order stopping motorcycle movements from 9pm to 5am in a bid to stem violent crime in the state, Mr Alaka died during a protest at the Ekwulobia Police Division on Wednesday.

“We are, indeed, impressed by the governor’s unequivocal, open and timely condemnation of Nwoga’s killing by a security agent”, said Mr Nwaofia.

The governor has promised to prosecute the offender once the investigation into the incident is concluded.

He commended Police Commissioner John Abang for ordering the immediate arrest and detention of the erring police officer.

The immediate elder brother of the slain commercial motorcyclist, Anthony Nwoga, also lauded the governor for his timely response, advising the people not to take the law into their hands anymore by reacting violently to the death.

“After all”, he said, “we have enjoyed excellent relations with the people and government of Anambra State”.

He thanked the governor for giving the family five hundred thousand naira (N500,000) as a show of solidarity which he noted would go a long way to cushion the effect of his younger brother’s tragic death.

The money was handed over to Mrs Ebere Nwoga, widow of Felix Nwogha and mother of their two children.

At the Ogboji residence of Izuchukwu Alaka, who died on Wednesday when a melee ensued between those protesting Nwoga’s death and security officers protecting the Ekwulobia police station in Aguata LGA, the story was the same as relatives of the deceased and other Ebonyi indigenes resident in the area praised the governor for his “bold response and concern for justice” and advised against unruly behavior by aggrieved persons.

The leader of the delegation gave five hundred thousand naira (N500,000) on behalf of Governor Obiano to David Chidi Alaka, the elder brother of the deceased, in the presence of the Izuchukwu Alaka’s widow, Mrs Eucharia Alaka, and her three children.

According to Chris Azor, the coordinator of civil society organizations in Anambra State, “the government’s timely, empathic and honest intervention in the two tragedies has soothed frayed nerves.

“If the government did not intervene when and how it did, the chaos arising from the confrontations between the protesters and the security agents which saw the burning of police stations and determined attempts to free suspects arrested over heinous crimes would have escalated far beyond our imagination.

“There is still public anger against the Nigerian police and the Nigerian state, and criminally minded persons would have capitalized on the situation to unleash mayhem as we saw in the last week of October in different states of the federation”.

The civil society leader also applauded Police Commissioner Abang for his maturity and sophisticated approach to crisis management which “has endeared him to Anambra people since he assumed office last year.

“There is an important leadership lesson in the avoidable tragedies in Aguata LGA”.