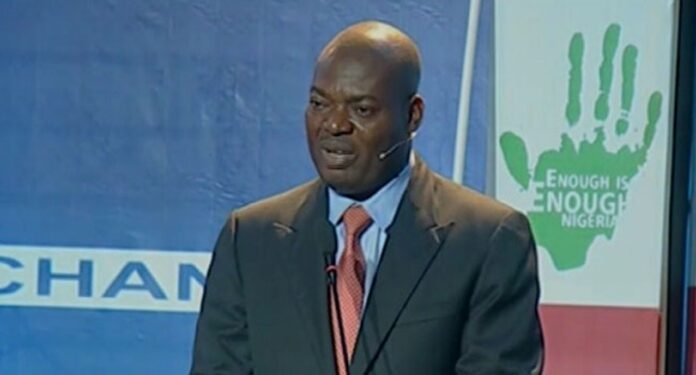 Fresh facts emerged yesterday over how the 2017 governorship candidate of the All Progressives Congress APC Dr Tony Nwoye lost the last gubernatorial election in Anambra state.

According to the governorship aspirant of the APC , Chief Azuka Okwuosa who spoke to party members from Anambra North senatorial district in Onitsha the sum of N 1.6 billion election funds were misappropriated by some party leaders to ensure the failure of the party’s candidate Dr Tony Nwoye.

Okwuosa who was the chairman APC fact finding Committee on the failure of the party in the last election told reporters that top party members and stakeholders worked against the party and helped the All Progressives Grand Alliance APGA candidate in the said election to win.

“It is sad that most Party leaders and stakeholders worked against our party and against our candidate Tony Nwoye and the sum of N 1.6 billion election and logistics funds were misappropriated by party members who were charged with the responsibility of working for the party.

“From our forensic investigation, we discovered that the least local government area in the state got N 35 million, some got N 60 million yet we lost the election and those the funds were entrusted with did not use the funds to work for the party.

We also discovered lack of unity among party members which has been the cause of internal wrangling within the party.

Also Anambra APC members are not benefiting from the goodies of our party in the center and whatever appointment meant for party members down the ladder were highjacked and given to the APGA and PDP members in the state.

Okwuosa noted that this development is the genesis of complaints and lack of interest in the affairs of the party which according to him has been taken care of by his Committee.

We spent two months after the election visiting the twenty one local government areas in the state and these were our findings.

How do you expect us to win election under this show of anti-party and sabotage against our governorship candidate?

He insisted that for the party to win the 2021 governorship election in Anambra state there must be unity among members adding that a free and fair conduct of the party primary election is the beginning of APC victory in the state.