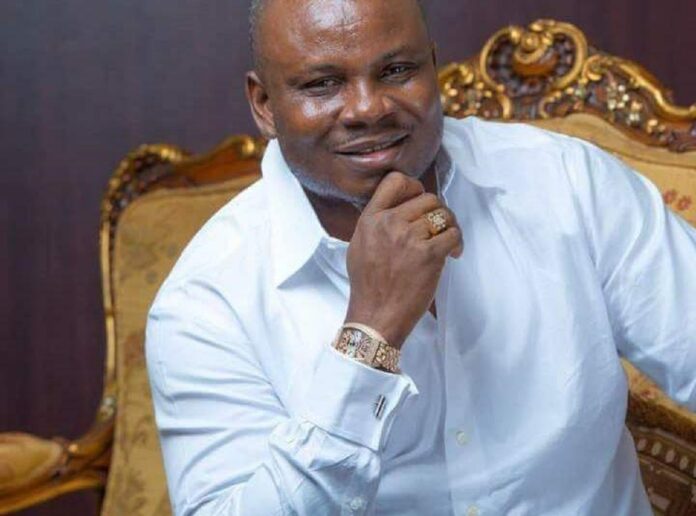 The race for the 2021 Anambra state governorship seat began on a novel dimension yesterday with a group under the aegis of Sustenance of Faith in Governance(SOFIG)calling on the former boss of Abuja Municipal Area Council(AMAC) and later the member of Federal House of Representatives representing Abuja Area council, Prince Nicholas Ukachukwu to go for it.

Ukachukwu, a renowned international evangelist and successful business man, according to the state chairman of SOFIG/former Commissioner for Women Affairs in the state, Lady Ngozi Agbata in her inaugural address, has all the attributes of who Anambra state needs at this time.

SOFIG, she pointed out believes Gov Willie Obiano has done well and has restored the people’s faith in governance, hence the need to sustain the tempo. “To achieve it, the group resolves to appeal to Prince Nicholas Ukachukwu, MFR (Ikukuoma) to contest the 2021 governorship election.

The national president of the group and an aide to Gov Obiano, Mr Kingsley Ezekwelu while intensifying the call on Ukachukwu described him as a silent and quiet achiever and philanthropist of repute who has built homes for more than 400 indigent families, local and international scholarships to about 2000 undergraduates and post graduate students, while establishing chains of businesses, poverty alleviation and skill acquisition for youth and women, transcending his Orsumenyi, Nnewi South Council countryhome. He has also done more than six kilometers of road network within his community.

Ezekwelu described SOFIG as a body of committed citizens who are eager to elect a passionate leader who has the interest of the citizens at heart. That after a painstaking assessment of situation of things they settled to bring out someone of Ukachukwu’s ilk to mount the saddle in 2022. He therefore pray that he accepts their call and appeal, “because we will mobilize citizens to ensure he wins.”

He went down memory lane of Ukachukwu’s humble beginning to his current very successful status.

The chairman of the event which held at the main auditorium of the Emmaus House Awka, Chief Simon Izuorah in his remarks described Ukachukwu as a pillar of hope in every dimension and has the attributes of a game changer and leader of distinction. That he’s a grassroots man who can stand on his own and has no godfather to answer to except the electorates. That he’s aware that if not for his concern for the masses he would opt to stay and live a quiet life. He therefore urged the people to support him massively.