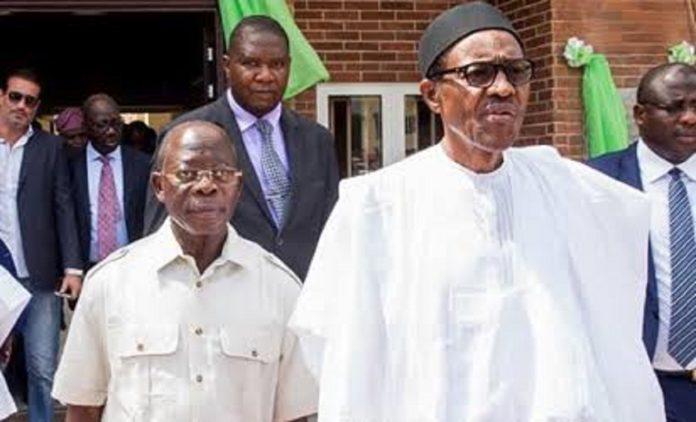 In a similar intervention dated November, 2018, and entitled; Nigerian Democracy and the Fading Light of Integrity,I remembered with nostalgia how a friend amidst euphoria triggered by the declaration of the 2015 presidential election result cautioned him with these few words; ‘’men will change their ruler expecting to fare better; this expectation induces them to take up arm against him, but they only deceive themselves, and they learn from experience that they have made matters worse’.

Still, in that milieu, I had reminded him that the result ushered in a season of integrity in the country, he again replied thus; no single attribute could be identified as a ‘virtue’. Remember!  He added, ‘Politics has its own rules’.

Three years after that conversation,( 2015 to 2018), I cannot categorically say that my friend was right or wrong in his prediction. But the present instinct in the country explains two things; first, apart from the fact that the shout of integrity which hitherto rends the nation’s political space has like light faded, jeer has since overtaken the cheers of political performance while fears has displaced reason -resulting in an entirely separate set of consequences – irrational hatred and division.

Today, if objective analysis can replace emotional discussion regarding the present state of Nigeria, it is obvious that if what prompted the November 2018 piece was a challenge, it will not be characterized as an overstatement to assert that the propeller of today’s intervention is a crisis. As many that bought into the ‘change’ and ‘Next Level’ mantras sold to them by current administration in 2015 and 2019 respectively are presently at a crossroad.

To add context to the discourse, while I will dwell further on the Change, Next Level and Cross Roads at later paragraphs, it is expedient at this point to say something about the use of power which is the common denominator and plot of this present piece.

Power properly understood is nothing but, the ability to achieve purpose. It is the strength required to bring about social, economic, political, cultural and religious changes. What is needed is a realization that power without love is reckless and abusive, and love without power is sentimental and anemic. Power at its best is love implementing the demand of justice, and justice at its best is power correcting everything that stands against love.

From these words of Martin Luther King Jr, it may not be a wrong to conclude that; there is nothing wrong with power when used constructively and not destructively. For a man to function well in any given position of authority, he must identify that power is not a complete end but looks up to something further. It cannot itself be the ultimate goal. Power is valuable according to the use to which it may be put. And most importantly, power in the estimation of the maxists is but the ability to protect ones interest.

With this fact highlighted, let’s focus on specific examples.

Chief among such examples of destructive exercise of power includes Pol Pot.  It was in the news that while in power in Cambodia between 1975 and 1978, he used his position to cause the death of more than two million people in Cambodia – a small country in Southeast Asia bordered by Vietnam and Thailand. This is a verifiable fact.

The story is not different here in Africa. The late Robert Mugabe in his quest to hold on to power, massacred over 20,000 of his people and not animals, destroyed the nation’s economy and watched with disinterest while his wife looted millions of dollars. Fresh in our memories are the Liberia episode in early 1990s, Gnassingbe Eyadema of Togo and Mobutu Sese Seko of Zaire. Specifically in Africa, there are more accounts of gradual and silent encroachment/abuse of power by those in positions of authority, than by violent and sudden usurpations.

Talking about constructive use of power, the thought of Lee Kuan Yew, the Prime Minister of Singapore (as he then was), naturally comes flooding. It is recorded that Lee grew fifteen times, independent Singapore with a GDP of $3billion in 1965 to $46billion in 1997, and its economy became the 8th highest per capital GNP in the world in 1997 according to the World Bank ranking.

Back home is a similar account, shortly after independence, Chief Obafemi Awolowo, and then Premier of the Western region, Nigeria constructively used his position to better the life chances of his people of the region- infrastructurally, socioeconomically. And through quality and affordable education, set the region on a hyper-modern pathway. Closely, the Northern Region under the Premiership of the late Ahmadu Bello and Chief Michael Okpara of the Eastern region were appreciably not left out in this race for infrastructural and socioeconomic developments of their regions. Among other infrastructural feats achieved within this space, Awolowo to his credit built Ikeja industrial estate, and the duo of Ahmadu Bello and Chief Michael Okpara, has Kano and Aba industrial estates respectively to their credits.

This feat or a combination of other people-purposed achievements without doubt, explains why over four decades after their reign, they are daily remembered and used in virtually all the primary schools (both public and private), as examples of great leaders

Indeed, they defined power in the image of their actions

At the moment, such narrative has changed to the extent that in a period when policy makers across the globe are actively integrating  frameworks that both protect the rights and opportunities of their citizens, such period has turn out to be the ripe time for the Federal Government to become reputed for generating inconsiderate policies/decisions that promotes excruciating poverty and starvation in such a way that drives more people into the ranks of the beggars whose desperate struggle for bread renders them insensible to all feelings of decency and self-respect.

Let’s refresh our minds on these sad policies

From an increase of Value Added Tax (VAT) from five to 7.5 per cent, to re-introduction of Stamp Duty Charge, all in the bid to boost internally generated revenue in the midst of dwindling foreign earning from crude oil. This year also witnessed the introduction of Stamp Duty on house rents and C of O transactions. As if these were not enough wars for the masses, before the dust raised by these obnoxious directives could settle, the Federal Government against all known logic and within a space of two weeks brought a hike in the price of petrol and the cost of electricity.

These flawed decisions and errors of judgement, in my opinion authenticates the position canvassed by Finkelstein, a Steven Roth Professor of management at the Tuck School of Business, United States Of America, that leaders make bad decision because of inappropriate self-interest, distorting attachments and the presence of misleading memories.

If not presence of misleading memories, why has All Progressive Congress (APC) led federal Government suddenly failed to remember that it was similar decision (deregulation/increase in pump price of petrol that they condemned in 2011 during the Goodluck Ebele Jonathan (GEJ) administration? If not inappropriate self-interest, why is it always comfortable for the present administration to scream market forces or forces of demand and supply when it comes to effect hike in the prices of essentials goods and services, like fuel and electricity that is beneficial to the common man on the street? And if not distorting attachments, why increment in the pump price and electricity tariff at a time when crude oil prices are nosediving at the global market and electricity tariff in a season when majority of Nigerians are without meter?

At a time the global community is concerned that COVID-19 has caused massive shocks to both the informal and formal economies and unearthed massive inequalities within our societies and in Africa? At a time the World Bank estimates that the Sub-Saharan Africa region will see significant economic decline, and plunge to as low as -5.1% this year? Can such decision be adjudged as right in a society that youth unemployment rate is currently, going by the National Bureau of Statistics (NBS), report, at 34.2%?  At a time when manufacturing companies are leaving the country in droves as a result of high cost of doing business?

Even as the global community watches with attention to the anemic use of power in the country, for one thing, those who bought into the change mantra that brought us to this cross road should not blame themselves for their inability to demand clarification as to how the promised change and Next Levels will create positive impact on Nigerians.

Rather, within this period of vulnerability, Nigerians should take hope in the fact that, a cross-road is a place of decision, difficult decisions. There is a wise saying by James Tar Tsaaior that “if you do not know the direction you are headed, then, get to the crossroad and you will find the way to your destination. Even the Christ had the last chance to make a definitive choice between drinking the cup in filial obedience and renouncing it. By drinking the cup to the dregs, he declared that it was finished; the sacrifice was consummated and human salvation became assured. It was a decision taken on a cross, a most difficult decision that has concretized the cross as an enduring symbol and sign for all ages.

Most importantly, as Nigerians wait at the cross road of nationhood, they must again draw strength from “the politics of remembrance and forgetfulness, it is sometimes convenient to forget. At others it is uncomfortable to remember. To forget is perhaps one of the greatest gifts of nature. But to remember can also be an invaluable asset sometimes”.

Likewise, it is my hope that come 2023, Nigerians will not forget the present crossroad. But even if as humans they forget, history will be there to remind them.