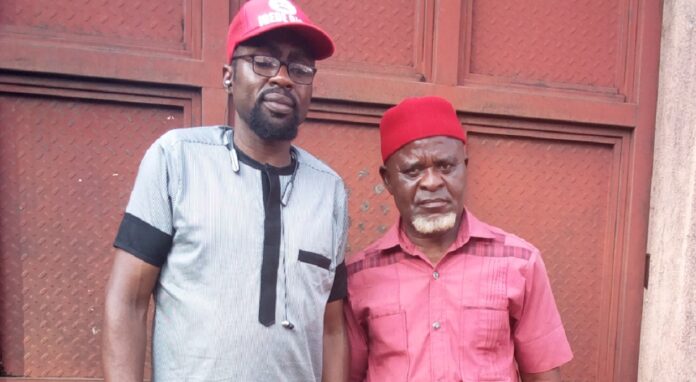 In its bid to fulfill part of its humanitarian oblogations to the down trodden in the society, a Non Governmental Organization, NGO, Igede Charitable Organization, Ojoto, Idemili South Local Government Area of Anambra State, has doled out a reasonable amount of money to fund the evacuation of abandoned corpses of indigenes of Ojoto in overseas back to Nigeria for a befitting burial.

The corpses were said to have been abandoned by their bereaved families in Ojoto, over lack of fund to fly them back home for burial, particularly during the peak of the COVID-19 pandemic.

Chairman of the NGO, Obiemeka Ifionu (Asata Ojoto) who disclosed this during the inauguration of its office at Ojoto Obofia, noted that the members levied themselves to fund the evacuation of five of such corpses whose families were financially handicapped to bring them back home for burial.

According to Ifionu, “We brought the corpses back from Singapore, India, Indonesia and South Africa and we will present money to their bereaved families during their funeral

“More than 50 people have benefited from our charitable organization since we came into existence about a year now and we assist in other areas like awarding scholarships to indigent students and financial aid to widows. We provided palliatives to 20 indigent families that included 400 tubers of yam and N10,000 each, to help them cushion the effect of the  coronavirus pandemic and also visited some less privileged homes”

Also speaking, the king of the Igede, Chief Steve Obiokwosa, stated that, “we assisted in evacuating the corpses for those bereaved families who could not be able to fund the evacuation of corpses of their beloved ones who died overseas back to their country home”.

“This Igede is divine and I urge everybody to join and support it for the good of the less privileged. In this NGO, we source money to assist and not to make money” he hinted.

The founder of the NGO, Chief Kenechukwu Emmanuel Ezeofia, said that N500,000 will be presented to each of the bereaved families also during the burial ceremony.

He traced how he started the Igede NGO using a platform in Whatsapp hinting that today it has grown to a charitable organization and thank God for that.

In their various remarks, the member in charge of media and publicity, Ufondu Chigozie Caroline (a.k.a. Queen Beauty), supervisor of the NGO offices, Enyeribe Obiokoye, and Chukwuemeka Okeke paid glowing tribute to the founder of Igede, Chief Ezeofia stating that he has made the community proud.

According to them, with the return of the corpses, the spirits will now settle and stop roving around and the bereaved families also are settled and believe that yes their loved ones have died and were buried instead of thinking otherwise.