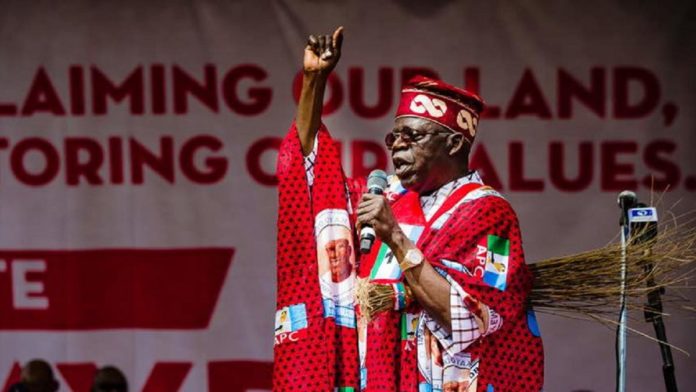 …Yoruba President is not the answer – Afenifere

The die appears cast. What was formerly hidden has come to full glare. The All Progressive Congress [APC] may have witnessed its last presidential election as a party in 2015 judging by unfolding events within the inner circles of the stakeholders who pull the power levers of the party. Information available to 247ureports.com obtained from a consortium of competent sources knowledgeable of the on goings within the ruling party reveal the battle for supremacy and/or control of the APC as a platform for 2023 presidential race has reached a dangerous level where the involved players no longer have regards to consequences. For Bola Tinubu, it has become a game of do or die. For the President’s men, Tinubu’s aspirational spirit for presidency must be doused by any means necessary.

Following what seemed a gradual dismantling of the Tinubu political castle by the Buhari administration, since Buhari took to the seat of President, Tinubu restrained from putting up a fight or pushing back against the President and his men.

But the sudden and unexpected suspension of the acting chairman of the Economic & Financial Crimes Commission [EFCC], shuck up the Jagaban of Lagos. Tinubu was left with little option. He began pushing back against the presidency owing largely to the fear he will be the next to face prosecution if Ibrahim Magu is officially removed and prosecuted. Tinubu has dug his political trench and has since relocated to his proverbial bunker.

It is reliably gathered Tinubu approached the OPC [Oodua People’s Congress – a pan-Yoruba nationalist organization] with the aim to notch up the agitation for a south west regional autonomy, Oduduwa republic. To whip up geo-cultural sentiments against the Buhari administration. The two factions of the OPC were approached by Tinubu. 247ureports.com is not certain the extent to which the two factions accepted Tinubu’s urging to increase the noise decibel on the push for Yoruba nationhood. But it is certain the Fasehun faction of the OPC was not readily keen to embracing Tinubu’s call.

The leader of the Fasehun faction of the OPC [considered a more moderate faction], Chief Prince Osibote aim is to declare allegiance of his OPC faction to the presidency. Chief Osibote harbors fear of a Tinubu takeover of the OPC – having tried and failed to plant a surrogate [as the number 2 man] into the executive council of the group. Chief Ositobe is resisting Tinubu.

At the national assembly where the Rt. Hon. Femi Gbajabiamila led House of Representative have been bogged down in investigation of the numerous parastatals and ministries, according to our source, is due largely to the urging of Bola Tinubu – in his efforts to brush the Buhari administration as a ‘leaderless’ and ‘corrupt’ administration.

The line of questioning of the Honorable Minister of Labor & Productivity, Senator Chris Nwabueze Ngige by Hon. Abiodun James Faleke [a diehard loyalist of Tinubu] at the Green Chamber speaks volumes to the real agenda of the committee. See video below

Unlike Femi Gbajabiamila, the Senate President, Ahmed Ibrahim Lawan’s allegiance leans more towards President Buhari. He was not as eager to toe the line as his colleague at the lower chamber.

Our source explains Tinubu’s desperation is not mere driven by his desperation to become President of Nigeria in 2023 but by a recent threat by ‘prominent figure’ at the presidency – of a likely investigation to be launched against his person. The source points to the removal of Magu as targeted at truncating Tinubu’s dream of becoming a president. “Tinubu is very unhappy with the Attorney General of Nigeria” – and for this reason – “he [Tinubu] is determined to do anything to stop the probe of Magu, anything by all means necessary even if it means buying Judges. He is fighting like his life depends on it”.

But Tinubu discards the idea he is waging war against President Buhari’s administration. He spoke through his media spokesperson, Tunde Adbulrahman who told 247ureports.com “there is nothing like that. The allegations deserves no response”.

The spokesperson to the Afenifere, Yinka Odumakin in talking to 247ureports.com added that “Tinubu does not have the testicular fortitude to fight the northern APC. The north cannot not be appeased, others that tried failed. The most important thing is restructuring. Yoruba president will not solve the issue. We had Obasanjo for eight years, the problem didn’t go away. The problem with Nigeria is structural”.