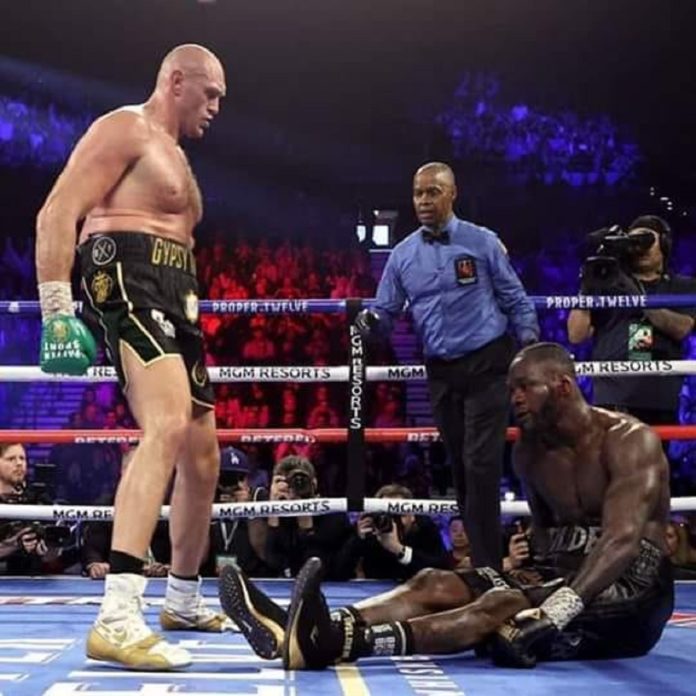 Fury knocked out Wilder at the 7th round.

Prior to the knockdown, Tyson was leading in the scorecards of the three sideline judges. See the score sheet below. The first judge had the score at 52 to 59, the second judge scored it 53 to 58 and the third scored it 52 to 59 all in favor of Tyson.